A Quiet Place Video Game in Development, Releasing in 2022 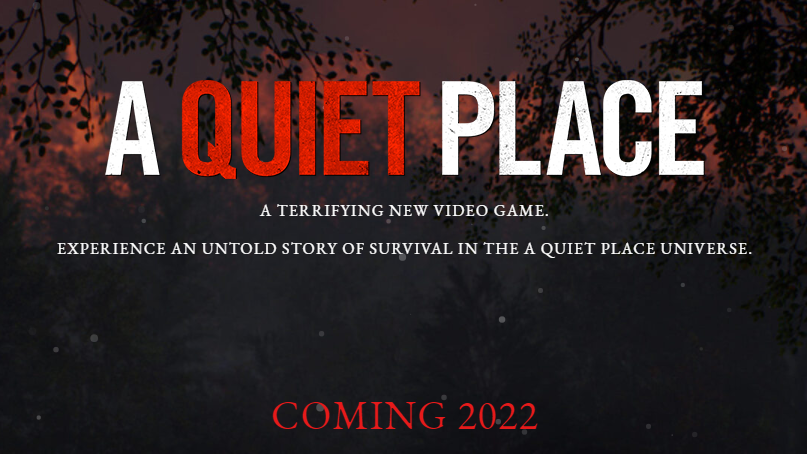 Horror film franchise A Quiet Place is getting a video game adaptation, due out in 2022. The game is being developed by Saber Interactive in partnership with Illogika and Ep1t0me. The official announcement states the game will be a “new untold story-driven horror adventure” set in the universe of A Quiet Place. There is no information on which platforms the game is being developed for, although given the mainstream recognisability of the franchise, a multi-platform release across PC and consoles makes sense.

The first official video game based on Paramount Pictures’ terrifying blockbuster film franchise.
Experience a new untold story of survival in the A Quiet Place universe.

“This first official video game set in the terrifying A Quiet Place universe will deliver an original story and gameplay that captures the compelling suspense, emotion and drama for which the series is famous,” reads a statement from Saber Interactive. “The game is in development by iLLOGIKA, the Montreal-based studio with veteran talent from the Rainbow Six and Far Cry franchises, and published by Saber Interactive, the Embracer Group company behind the hit game World War Z and the upcoming Evil Dead: The Game.”

The official website of the game doesn’t give us any new info about it, so it looks like we’ll have to wait for it to be revealed in due time. A Quiet Place as a franchise has become quite lucrative in the film space, so it remains to be seen whether it translates well into video games.

A Quiet Place: Part 2 is now in cinemas in India.