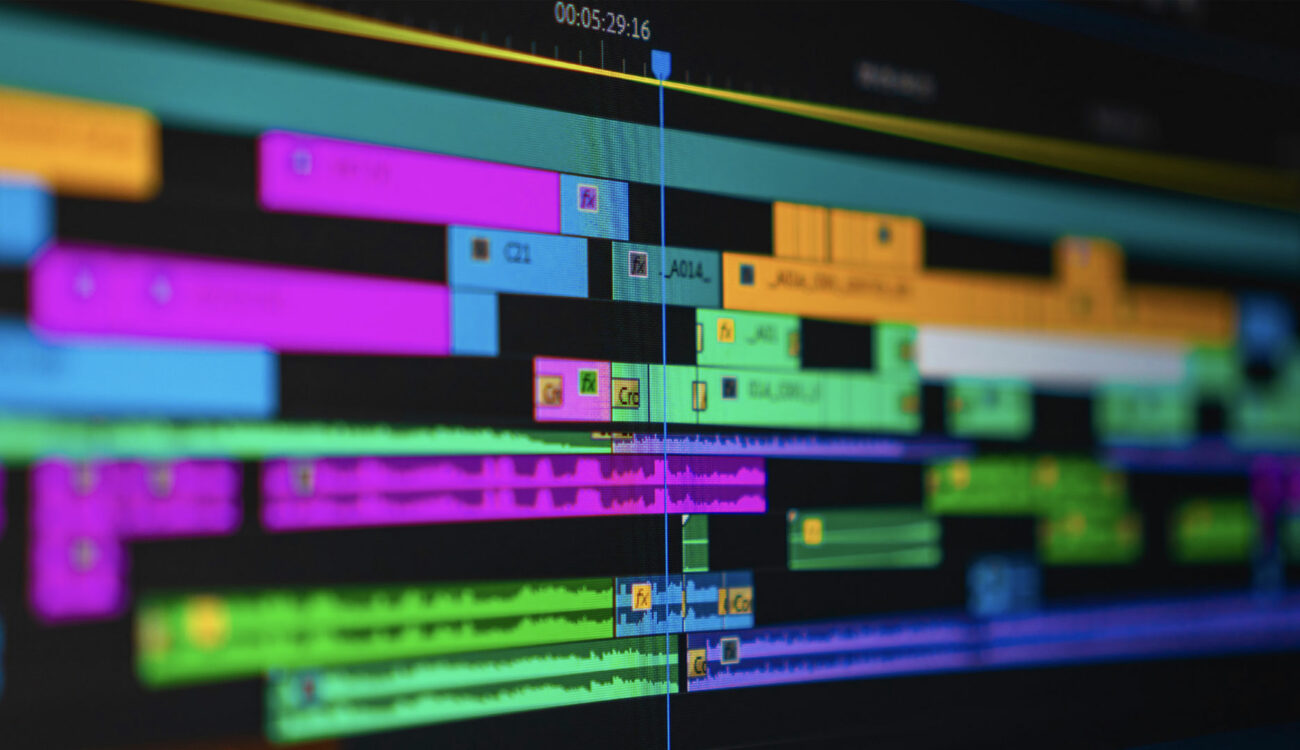 Adobe has released a free 140-page “Best Practices & Workflow Guide” for Premiere Pro. Adobe’s editing software has continued its steady rise and has been one of the de-facto industry standard for years. More recently, Adobe has added features like Productions, Multi-Camera-Editing and integrations with cloud services like Frame.io, making the software all the more compelling for larger production houses. Does the “Best Practices & Workflow Guide” give a comprehensive enough overview? Let’s find out!

Adobe has indeed done a solid job in its stewardship of Premiere Pro. Turning back time to the film-to-digital transition, the industry seemed to be firmly divided between Final Cut Pro editors and Avid Media Composer(s) ruling major production houses.

If you still need to learn Premiere Pro in-detail, there is no better course than Digby Hogan’s 26-hour long deep-dive course about Premiere Pro on MZed. An entertaining and educating ride through every aspect of the software – learn more about the course here.

Nowadays, we face a different landscape. Despite a minor resurgence of usage in the Final-Cut-camp and Avid still being used in very complex production workflows, Premiere Pro has taken over parts of the industry. Of course, there are other solutions out there, such as DaVinci Resolve (version 18 just went final) and others, but Premiere Pro still seems to be quite popular amongst filmmakers and editors.

Due to its integration into Adobe’s Creative Cloud, packaging and integration with After Effects and the addition of new features like the already mentioned Productions, everything ranging from the one-person so called “preditors” (producer-editors), to productions like Paramount Pictures’ “Terminator: Dark Fate” and A24’s “Everything Everywhere All At Once” seem to be using Premiere Pro.

The latter two productions were even involved in battle-testing an early version of the feature. But the addition of ever more features has also seen Premiere Pro become more complex. That is where the new “Best Practices & Workflow Guide” for Premiere Pro comes in.

The “Best Practices & Workflow Guide” aims to provide a comprehensive overview over the ins and outs of Premiere Pro’s current workings. The full title adds “For Long Form and Episodic Post Production”. All those new features that have been added over the years, might necessitate some editors to update their workflows and offer chances at improving their efficiency.

Apart from the Productions feature, it goes into much detail in regard to other key topics including hardware and settings, dailies and proxy workflows, Multi-Camera editing, Dynamic Link with After Effects, Turnovers, as well as cloud workflows with for example Frame.io and more.

Additionally, Adobe’s video evangelist Jason Levine will be giving an inside look into the “Best Practices & Workflow Guide” in his livestream series in August 2022 on his channel.

What do you think about Adobe’s guide? Does it provide real value to you, or would you rather try to learn the new features on your own? Do you think Adobe’s guide will become a new best practices standard? Let us know in the comments!

Astrophotographer Captures 107-Hour Exposure of the 'Eye of God'

James Webb telescope may have spotted its first supernova