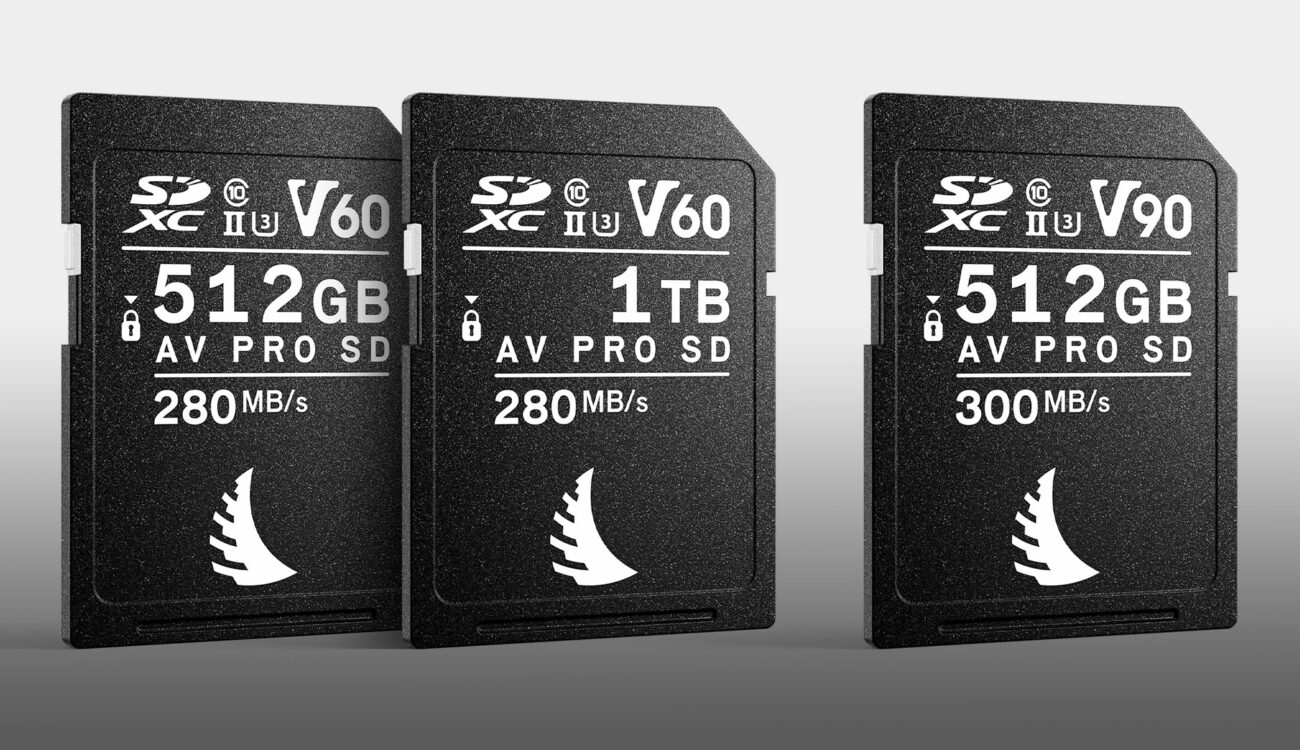 Austrian-based company Angelbird specializes in memory cards and SSD, and for the past years they have been at the forefront of new technology when it comes to storage and media. In fact, Angelbird designs, engineers, assembles, and tests all its technologies in-house.

During this year’s NAB in Las Vegas, the company announced new fast 4TB CFexpress Type B memory cards. While CFexpress beats SD cards in both size and speed and seems to be the camera media of the future, many existing and new cameras still use the more affordable and more compact (although affordable is relative when it comes to really fast and high capacity SDXC cards) SD standard media. Today, Angelbird announces their fastest and largest SDXC memory cards yet. Let’s take a look at the details.

As Angelbird states, the new AV PRO MK2 memory cards focus on sustained speeds rather than on maximum speeds. That is definitely great to hear – when using memory cards in a camera, the minimum sustained write speed is what matters the most. This spec is represented by the “V rating” of SD cards – V30, V60, and V90. The cards are UHS-II, so they feature two rows of pins.

According to Angelbird, all memory cards from the AV PRO SD MK2 series deliver the same solid performance at extreme temperatures from -25°C to 85°C (-13°F to 185°F), so they seem to be suitable for any kind of outdoor work. Like existing Angelbird media, the cards also feature a sticker-free design with etched serial numbers as well as moisture, x-ray/magnets, shock, and dust protection. Furthermore, the cards sport a low-power draw for an improved run time, integrated write-protect switch, and the Stable Stream technology for high sustained speeds.

I was wondering why these cards are not rated as V90, when they can handle much higher minimum sustained write speeds than those of the V60 or V90 class. The answer from Angelbird is that the rating is not only about the speed but also features some specific command sets, so that V60 is given.

Based on Angelbird’s internal testing, the V60 cards offer the following speeds:

While the cards have already been available in capacities of 64GB, 128GB, and 256GB, the need of data-heavy video formats, such as RAW or RAW-light, will be better accommodated by larger capacities of 512GB and 1TB.

The top of the line in terms of speed is the new V90 AV PRO MK2 card. This card was previously available in capacities of 64GB, 128GB, and 256GB and now Angelbird releases a 512GB version.

Again, the focus here lays on sustained speed. Therefore, the card delivers an impressive minimum sustained write speed of 260MB/s, while being rated at the highest category of V90. The card will handle video stream with a bitrate of up to 2,080Mbps.

Again, based on Angelbird’s internal testing, the V90 cards offer the following speeds:

The cards are now available for pre-order and the pricing has been set as follows:

Do you use Angelbird media for your video work? What do you think about these new fast SDXC cards? Let us know in the comment section underneath the article.