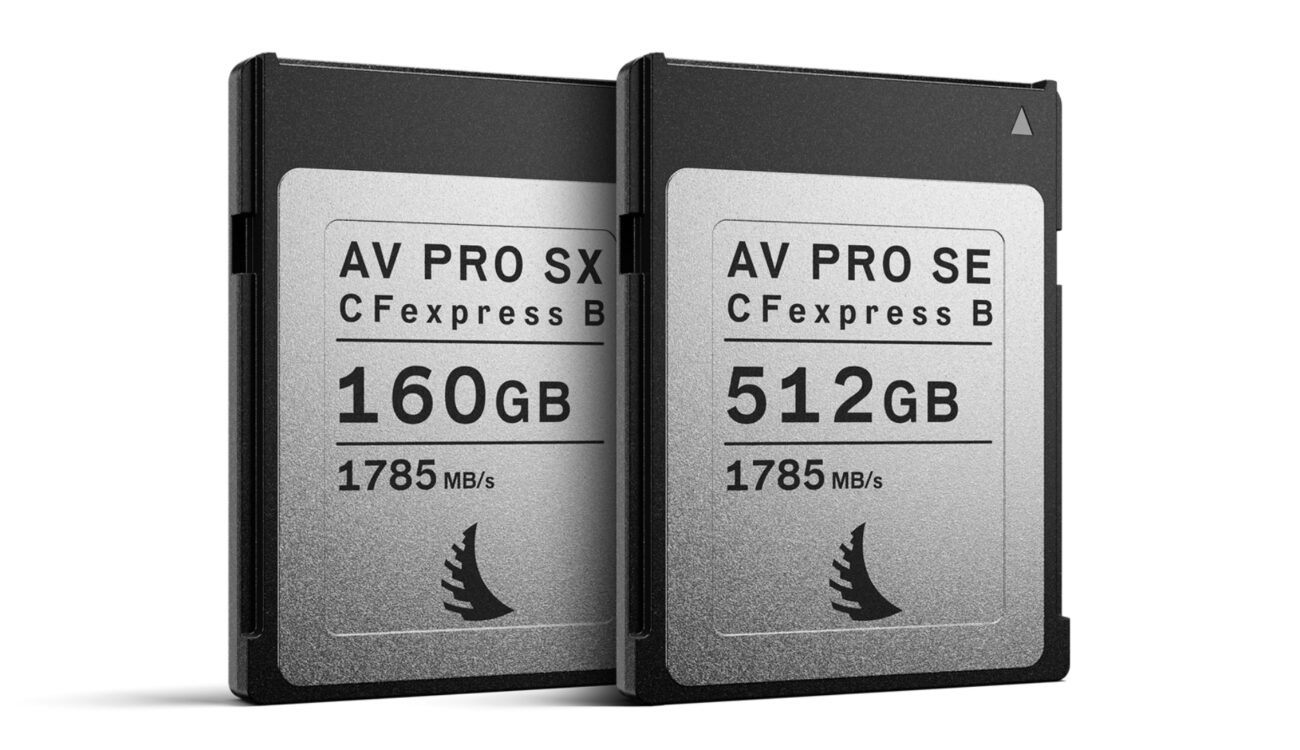 Austrian manufacturer of high-end capture media solutions Angelbird has just introduced its latest range of CFexpress Type B cards: Although the Angelbird AV PRO SE and AV PRO SX are targeted at different use cases, they share many common features and are built for customers who have one thing in common: The need for speed.

You might think that the camera media you record on is not that important, since all brands use standard technology anyway and you mainly pay for the brand… but that’s not the case, as there are quite big differences between makes and models of recording media.

A common pitfall is that the manufacturer claims very high read/write speeds and these cards can indeed reach the stated speeds, but only for a very short period of time. As soon as the card gets a little hotter (or lower in available space), the write speed drops significantly, resulting in dropped frames or even corrupted clips or unreadable images.

Enter Angelbird, who have put a lot of research and development into creating custom controllers and memory architectures for their products. Their latest offspring are two quite similar, yet somewhat different CFexpress cards: the Angelbird AV PRO SE and the AV PRO SX.

While the AV PRO SE is mainly targeted at filmmakers capturing demanding high-res footage while capacity is more of an issue than write speed might be, the AV PRO SX is the right choice for very high-end jobs, especially for high-speed burst mode photography in raw formats. In this scenario speed is key while capacity is not as crucial.

Another use case could be high-speed video applications as soon as there are cameras in this sector that use Type B CFexpress cards. As you can see in the charts below, The SE’s 800 MB/s sits well above the required speed for a Canon EOS R5 capturing 8K 30p raw footage (325 MB/s). So these cards are pretty much future-proof.

Both cards share a lot of internals, such as a custom designed processor, called Y2. The technology of interest here is called Angelbird’s Stable StreamTM which guarantees that the claimed sustained write performance won’t throttle or drop speed during video recording or continuous mode shooting.

Here’s Angelbird’s Founder and CEO, Roman Rabitsch on the matter:

We wanted to develop a line of cards that would deliver all the features of high-speed CFexpress Type B technology at just the right capacity for the job. In an increasingly competitive pool of talent, having the right gear is no longer a springboard to success, it is a necessary lifejacket for keeping current with the latest standards of production quality.

In addition to the aforementioned technologies Angelbird is incorporating into these new Type B CFexpress cards, the company has released a list of supporting features that will help maintain these exceptional speeds:

So you see, while the form factor of the various memory cards (e.g. CFexpress) may be standardized, the inner workings are not, and I personally believe that using high-quality storage media is crucial. What good is a high-end camera if the storage medium fails when taking a once-off shot?

Angelbird is known for its exceptional build quality as well as support (if something goes wrong). I am quite sure that these new AV PRO SX/SE cards will live up to the manufacturer’s claims.

Both, the Angelbird AV PRO SE CFexpress Type B and the SX model sell for 179.99 EUR / USD (excl. VAT) each. Both variants are available now.

What do you think? Do you use Angelbird storage media already? Which other brands do you trust? Share your experiences in the comments below!