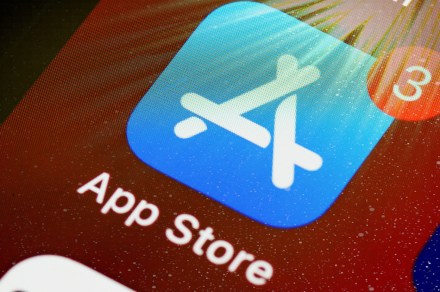 Folks with an iPhone, iPad, and iPod Touch will soon start seeing more ads when they dive into the App Store.

Ads do already appear in Apple’s App Store, but only in the Search section of the app. They’re easy to spot, too, as the listing has a blue shade behind it and a small blue badge that says “ad.”

But according to 9to5Mac, Apple is now planning to bring more ads to its App Store app, placing them in the Today section and also on individual app pages.

The Today tab, which Apple launched in 2017 as part of iOS 11, features a broad range of highlighted apps, with the content refreshing on a daily basis. The new ad slot coming soon to the Today section will reportedly appear in the second slot down the page, again marked with the blue ad badge. The other ad slot will appear at the very bottom of an app listing, according to 9to5Mac.

As the publication points out, the new slot will allow other developers to push their own products alongside similar apps, though they won’t be able to choose which specific app their ad appears alongside. Instead, Apple’s algorithms will do the work, matching apps to ads that feature similar software.

For Apple, the new ad placements will mean even more revenue for one of the world’s most successful companies, while developers big and small will have another opportunity to get their work in front of more eyes in the hope of scoring more downloads.

Commenting on its move to bring more ads to the App Store, Apple said that its Search ads provide “opportunities for developers of all sizes to grow their business.”

It went on: “Like our other advertising offerings, these new ad placements are built upon the same foundation — they will only contain content from apps’ approved App Store product pages, and will adhere to the same rigorous privacy standards.”

The new ad slots will reportedly begin showing up in the App Store — initially as a test — in the near future, though Apple has declined to say precisely when they will start to appear.