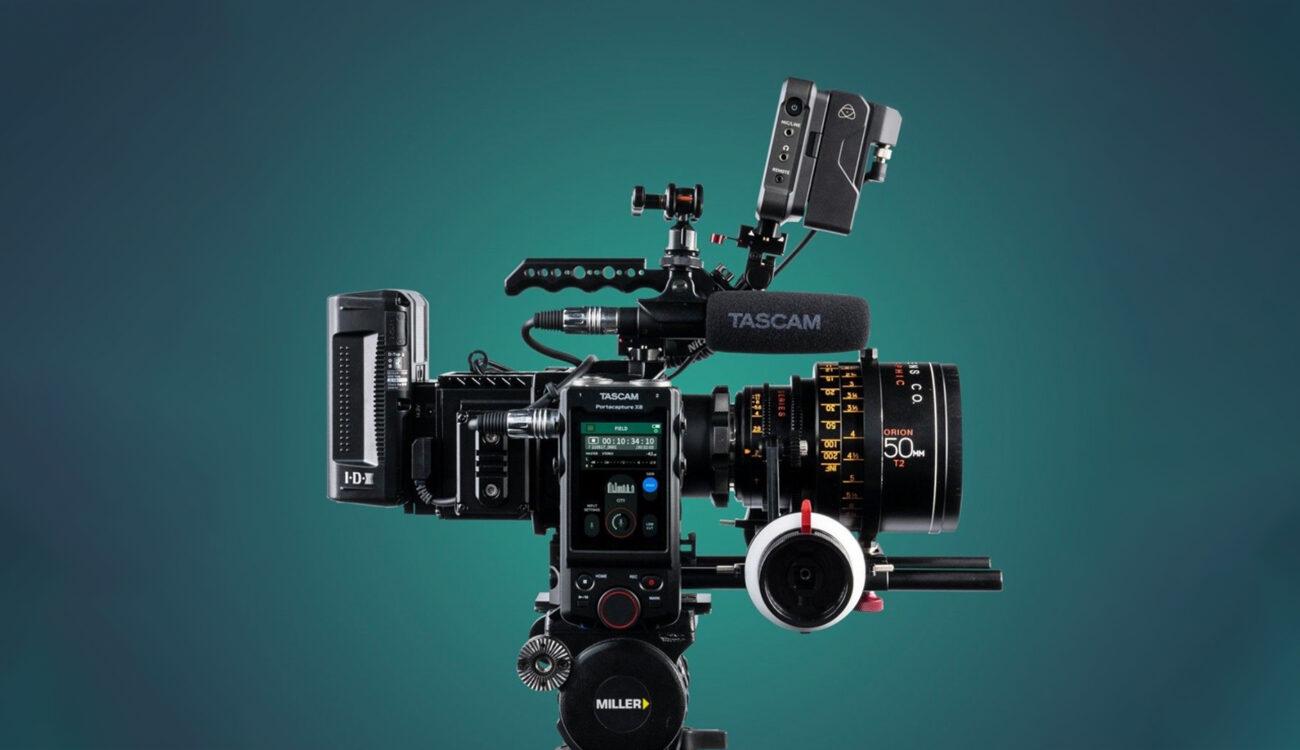 The recent collaboration between ATOMOS and TASCAM resulted in the addition of wireless timecode synchronization via Bluetooth to the TASCAM Portacapture X8 audio recorder. The unit must be updated to the latest firmware version, which is available to download for free, and an optional Bluetooth dongle is required.

ATOMOS and TASCAM have recently partnered up to significantly simplify post-production workflows. This is especially true for those productions working with multiple cameras and a separate audio source.

Indeed, this partnership now enables wireless Bluetooth timecode sync between the TASCAM Portacapture X8 and a vast range of cameras supported by the ATOMOS ecosystem. Let’s take a closer look.

First introduced in December 2021, the TASCAM Portacapture X8 is a compact, but capable 8-track audio recorder. This device, which comes with 192kHz/32-bit float point recording capabilities, is now getting a boost thanks to a partnership between TASCAM and ATOMOS.

For the magic to work, Portacapture X8 users first need to update their device. Also, they have to equip their recorder with an optional Bluetooth dongle, the TASCAM AK-BT1. They will then be able to wirelessly sync the audio recorder with camera setups using specific ATOMOS devices. These include the ATOMOS Ultrasync Blue adapter, the AtomX SYNC module, and the company’s new cloud-connected devices, the ATOMOS CONNECT for NINJA V/V+ and the SHOGUN CONNECT, that were introduced at NAB in April.

This gives users plenty of options to choose from, depending on the complexity of their camera setup. For example, the ATOMOS Ultrasync Blue, a tiny device that can serve as a master timecode source and can reach operating distances of up to 30m/98ft, is a great choice when compactness and budget matter. Also, its capabilities can be expanded by pairing it with the Ultrasync One module.

On the other hand, if you’re already using a NINJA V/V+ to record and monitor your image on set, you simply need to attach an AtomX SYNC or ATOMOS CONNECT module to the back of the unit to enable wireless timecode sync with the Portacapture X8. Even better, the Atomos Shogun CONNECT comes with built-in wireless sync capabilities and doesn’t require any additional modules.

The latest firmware update (V1.20) for the TASCAM Portacapture X8 is available now. It can be downloaded free of charge from Tascam’s page. The required TASCAM AK-BT1 module is available for purchase from B&H and CVP. It currently retails for $39/€30.

Moreover, the TASCAM Portacaputure X8 control app will receive an update to support the new wireless synchronization function. This will also be compatible with other apps, including Apogee Metarecorder, Mavis Pro Camera, and MovieSlate 8 Logging.

Do you often work with timecode? What do you think of this new feature of the TASCAM Portacapture X8? Let us know your thoughts in the comment section below!

How to watch NASA's moon rocket head to launchpad tonight