Remember back to the good old days of March 2021, when a glint of hope surfaced showing Canon was working on a set of completely new supertelephoto designs? Canon Rumors wrote then of a patent application surfacing that showed big, beautiful, crazy-aberration-free lenses ranging from a 200mm f/2 through to an 800mm f/5.6.

Well, that patent application has now been registered as an official Japanese patent. Each lens showed adapted designs, using similar concepts, rather than throwing in teleconverting groups to double the focal length. 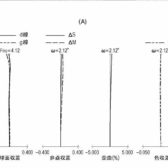 Everything else, in the meantime, went a little sideways. Canon recently opted to announce the release of differently-designed lenses, employing magnification lens element groups on the existing 400mm f/2.8 and 600mm f/4 options, both based on EF-mount designs from some years ago.

The expected image quality of the recently-announced production lenses –  tipped off via the image height aberration graphs shown in the relevant patents – is a bit less than the quality suggested by the graphs in this new patent. The graph above shows the new patent 600mm version’s expected variation from perfect (straight vertical lines). The four types of aberrations’ graphs look essentially like four straight, vertical lines, and can probably be considered functionally perfect. That said, the image quality of the newly-announced supertelephotos is expected to be hard or impossible to distinguish from that of earlier Canon designs, which will disappoint few.

Canon choosing instead to run with the older EF designs, with quality-munching teleconverting elements; the much higher pricing; and the lack of RF-mount features such as allowing integrated lens and sensor image stabilization, have caused the new production announcement to land with a bit of a thud. At least among forum dwellers, and especially after Nikon launched (and last week started delivering in some countries) its short light, and three-times-cheaper 800mm f/6.3.

Because the patent’s lenses all adjusted the design to the relevant focal length, none of those would produce manufacturing efficiencies compared to the announced lenses, which share many elements. This is cold comfort to Canon shooters who do not appear to be sharing in those efficiencies; the new versions costing roughly 20 percent more than earlier models.