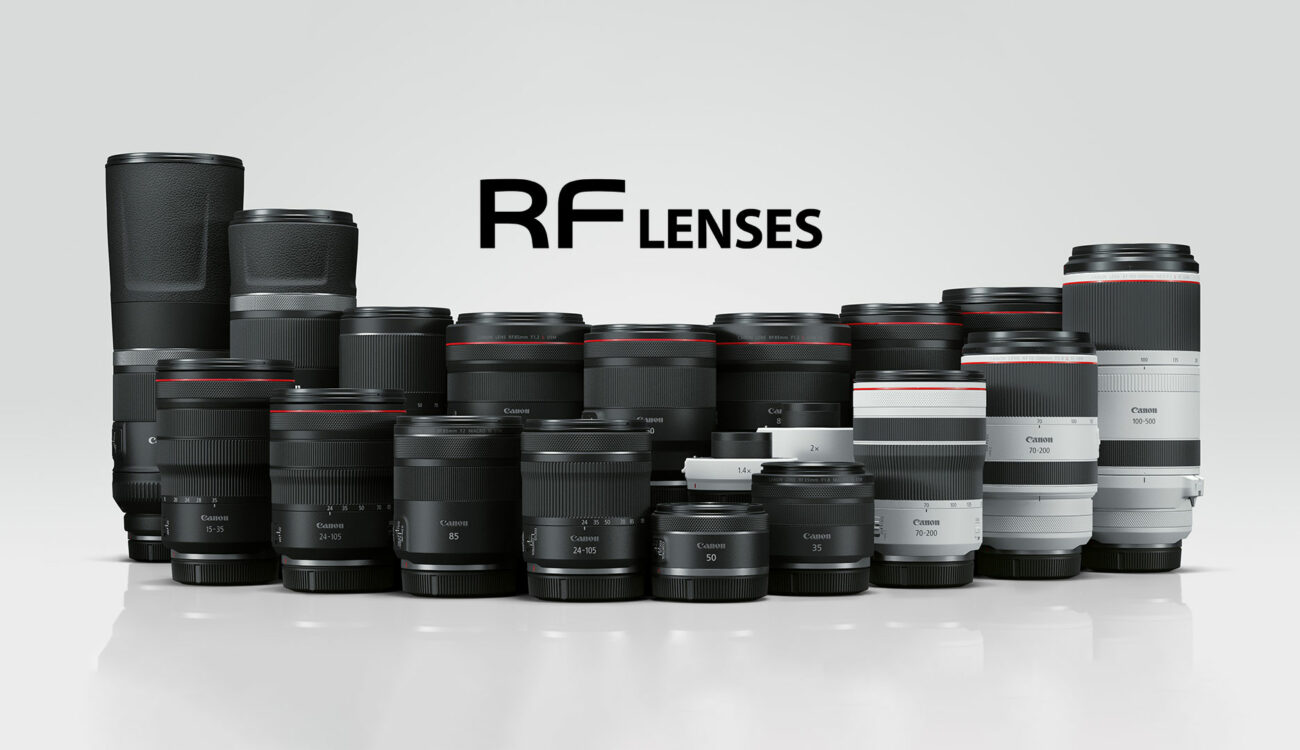 According to Canon’s corporate strategy conference released a couple of days ago, the company plans to release no less than 32 new RF lenses over the next four years, which equals eight lenses per year. However, the company did not release a lens roadmap yet.

Canon recently discontinued most of its EF prime lenses as part of its strategy to transition to the newest RF lens mount fully. Also, Canon continues to reveal new RF lenses at a decent timing, including the latest RF800mm f/5.6 L IS USM and RF1200mm f/8 L IS USM super-telephoto lenses.

Even if the semi-conductor shortages increase production delays, the company has big plans ahead. Canon publishes its financial results and presentations for investors quarterly. The first 2022 report states that Canon plans to launch 32 new RF lenses in the next four years.

Since the launch of the Canon EOS R in October 2018, there are momentarily around 26 native RF lenses to choose from. Some of them are incredible pieces of glass, like the RF 50mm F/1.2L USM, the RF 85mm F/1.2L USM, or the RF 28-70mm F/2L USM, but they are pretty pricey, to say the least. Also, some premium RF L prime lenses are still missing, especially on the wide-end, including a 24mm, a 35mm, and a 14mm.

Most professional content creators that heavily invested in Canon EF lenses – myself included – are still using these with the various Canon EF to RF lens mount adapters available.

In this latest Canon Q1 2022 report, the company confirms its heavy commitment to the RF mount. Indeed, they plan to release 32 new lenses in four years, which means eight new lenses per year. As a result, the total number of RF lenses available at the end of their plan should be 58 (32+26).

However, this is still less than the +70 Canon EF lenses available. But Canon started releasing EF lenses in 1987, which is 30 years of development. So if Canon can have close to 60 RF lenses by 2025, it would be awe-inspiring.

What lenses should we expect?

There is no official lens roadmap at the moment. So what lenses should we expect? There is very little doubt that the company will release Canon RF Cine lenses at some point. Also, we should probably see more Canon RF L glass so professional filmmakers and content creators can entirely switch to the new mount.

I’m still surprised that some significant third-party lens manufacturers like Tamron and Sigma, for example, did not release any RF lenses yet. I’d love to see new Sigma ART lenses with a native Canon RF mount, but we’ll probably have to wait a bit longer for this to happen.

What do you think about Canon’s plans for the future? What kind of RF lens would you like to see? Do you plan on switching to Canon RF lenses anytime soon? Don’t hesitate to let us know in the comments down below!

Photographer Captures Epic Photos of a Skier Under the Northern Lights