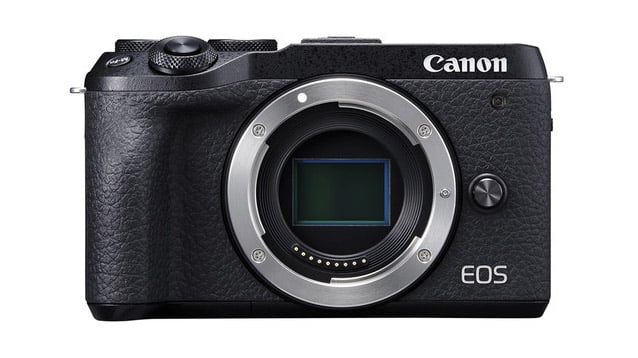 Canon is fast investing in its lineup of RF mount mirrorless cameras. This year saw the announcement of two new APS-C mirrorless cameras from Canon: the R7 and R10. Now new rumours have been flying around that Canon’s next camera will also be a cropped frame sensor mirrorless camera intended to address the vlogging market.

The mirrorless line had previously been targeting the higher end of the market, with the R5 and R3 properly aimed at the needs of professional photographers. But usually reliable rumour site Canon Rumours has said that they have information that the next camera will be “a small form factor “vlogger”, which…will be close to the Canon EOS M6 Mark II in design.”

Any information regarding the specifications is of course, less reliable at this moment. However, it is assumed that it will shoot 4K at 60fps and that there will likely be a 120fps mode.

Another aspect that may be addressed is the flip-out screen. It’s possible that Canon may change the design from their current sideways flip to an over-the-top flip. Again this is marketed at bloggers who would prefer that the screen is in line with the lens, helping eye contact alignment.

Generally, APS-C sensor cameras are cheaper than full-frame cameras. It’s interesting that Canon would be investing more in this area of the market. I got to try out the EOS R7 last week and I must say that it’s an impressive little camera. So we can probably expect more good things.

I think that it truly does signify the end of DSLRs, at least in terms of developing new models. Canon even came out and admitted as much last year. Of course, there’s nothing wrong with continuing to shoot with a DSLR. They are fine cameras and still produce fantastic quality images. But I think we are beginning to see the tail-end of the DSLR era.

Some good news is that Canon may then release more versions of cheaper RF mount lenses. Currently, there are only two to choose from if you don’t need a lens that covers a full-frame sensor. At the moment you can only choose either the 8-150mm or 18-45mm RF-S lenses.

With a third crop sensor camera on the scene, it would make a lot of sense then for Canon to release more RF-S lenses to go with these smaller more affordable APS-C cameras.