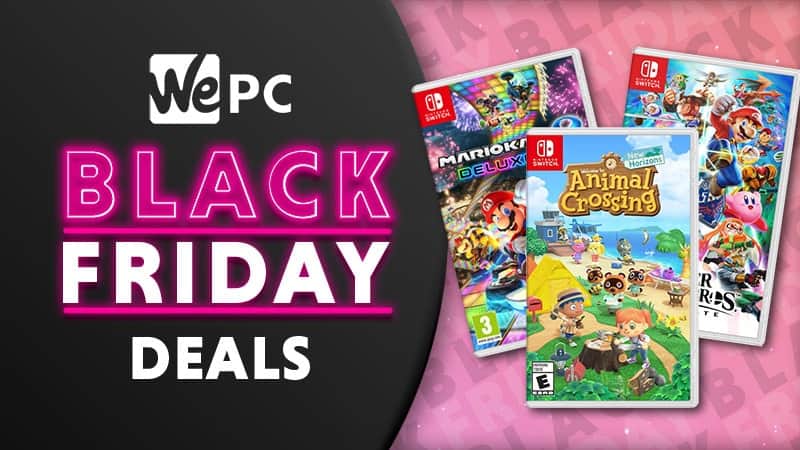 Whether you’re a long-time Nintendo Switch owner or you’ve just scored yourself one of the new Switch OLEDs, there’s one thing that everyone is shopping for this Black Friday: the cheapest, best-value Nintendo Switch games out there. There have been some incredible titles released since the Switch originally launched in 2017, from new entries in famous gaming franchises like Mario and Legend of Zelda through to awesome third-party games like Monster Hunter Rise, Hades, and The Witcher 3.

This being Nintendo, cheap discounts on their great games don’t come around very often – which is why Black Friday is such a big deal, where you might be able to snag yourself a bargain.

What Nintendo Switch games will be cheapest on Black Friday?

It’s been four and a half years since the Nintendo Switch hit shelves, meaning that several best-selling games might be due for a discount this Black Friday. One of the highest-rated games of all time, The Legend of Zelda: Breath of the Wild, might be one to keep an eye on, with a sequel in the works at Nintendo’s studios. Similarly, we may see discounts on a range of fantastic Mario games including the excellent Super Mario 3D World + Bowser’s Fury, the globe-trotting Super Mario Odyssey, and the tactical RPG Mario + Rabbids Kingdom Battle.

It might be too soon to catch a deal on the just-released Metroid Dread – although we’ll have the cheapest price below – but expect to see games like Mario Kart 8 Deluxe, Animal Crossing: New Horizons, Luigi’s Mansion 3, and The Legend of Zelda: Skyward Sword listed in Black Friday deals at some of their lowest prices yet.

Where to get the cheapest Nintendo Switch games on Black Friday?