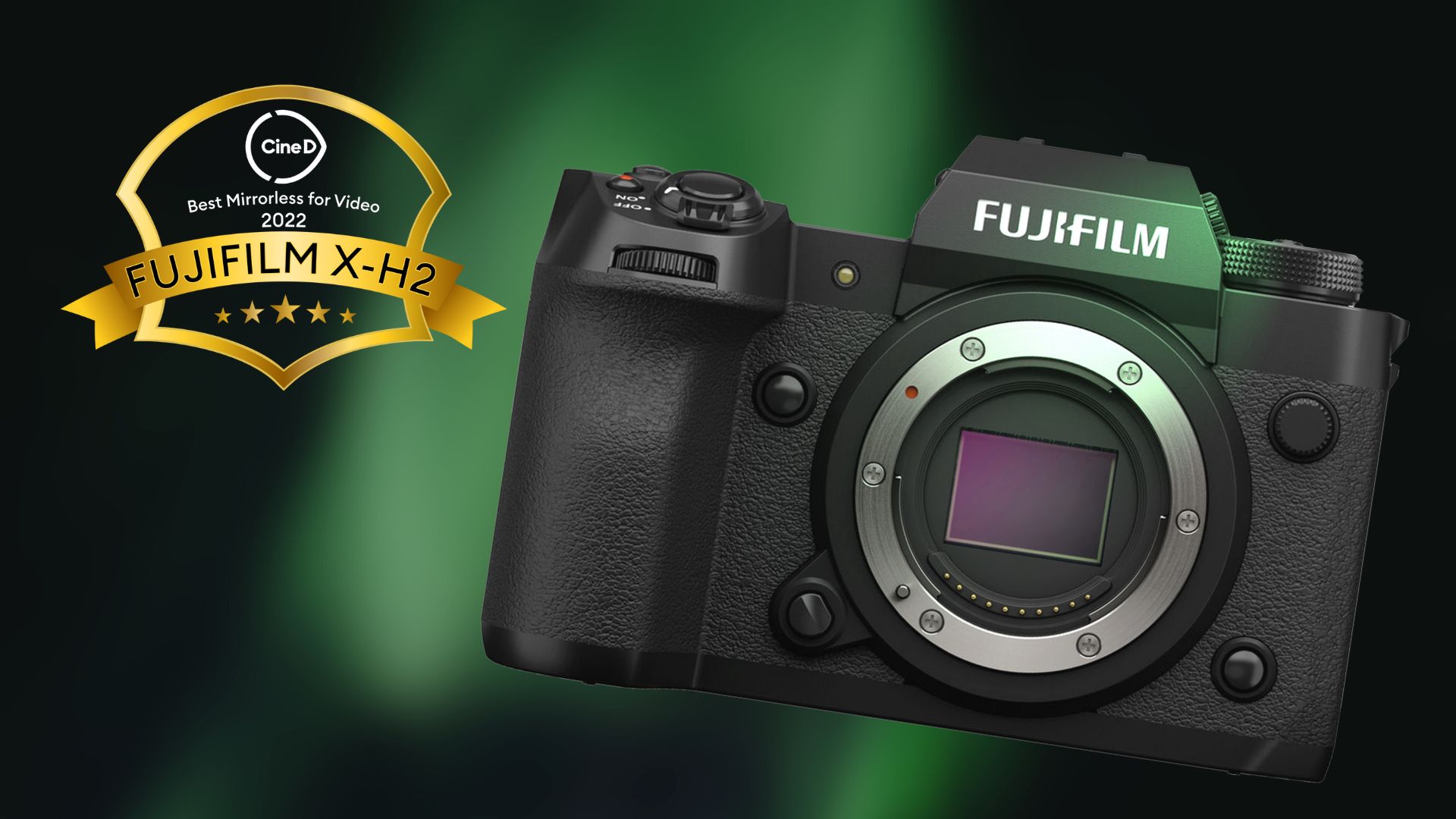 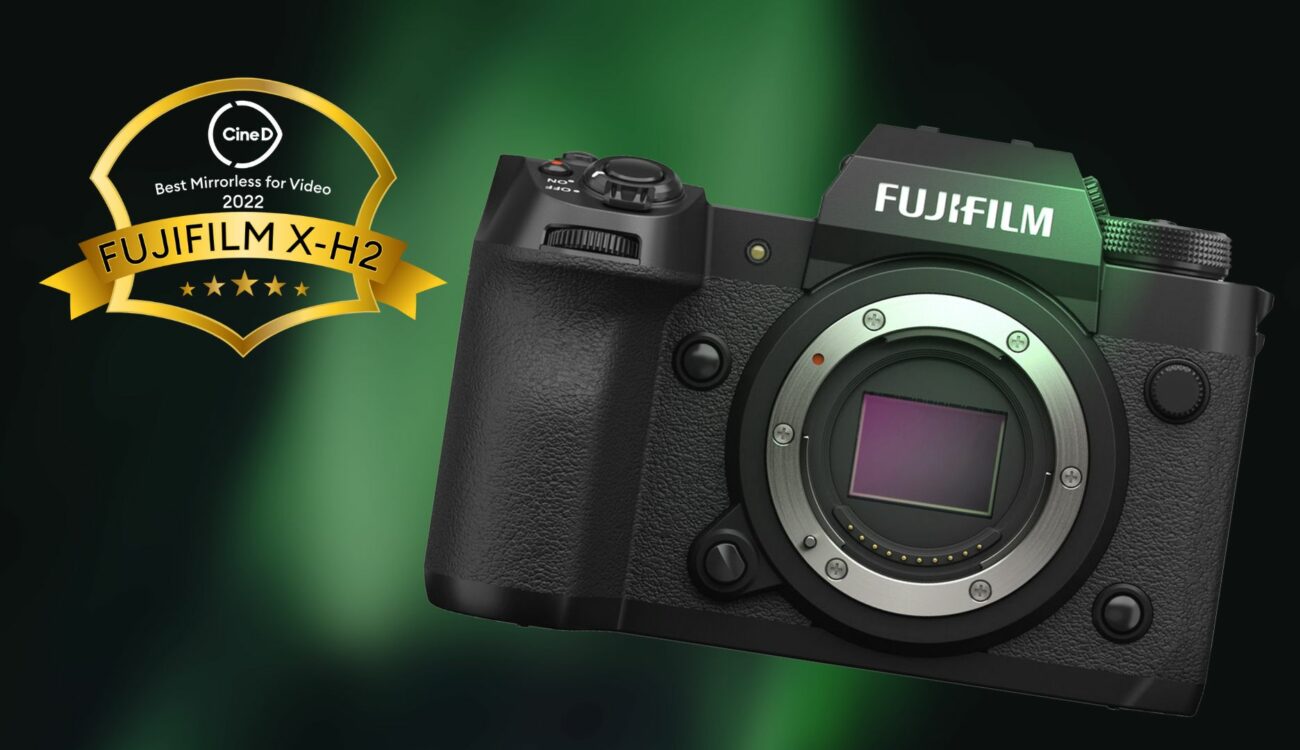 Where there’s smoke, there’s fire – and you could say, with that the smell of another “burned” year is in the air. 2022 is slowly coming to an end; a year in which manufacturers tried hard to recover from the implications of the pandemic, just to deal with setbacks: the shortage of components, skyrocketing freight transportation fees, and growing inflation rates. Top that with the ongoing and tough competition with each other, and there you have it – a challenging year that is ending with hope the next one will be better (isn’t that always the case… :). Continue reading to find out what our mirrorless camera of the year 2022 is!

When it comes to cameras, we at CineD do our best to be on top of things by testing as many products we can get our hands on and providing you guys with meaningful results (in case you missed it, we launched our new databases and you can check out our latest lab test articles here). In saying that, we also try to move away from sharing just the “numbers” and rather test the various cameras by producing “mini-documentaries” as this gives a better idea of how the equipment works in the field.

Filmmaking equipment continues to be relatively affordable and the quality these mirrorless cameras produce does not cease to amaze us. There is one clear direction the camera industry took this year: including ProRes, a high-quality recording codec for internal camera recording. While Nikon, Panasonic, and FUJIFILM are already doing so, Sony and Canon offer their own flavor of quality internal recording codecs. These Japanese camera manufacturers all brought innovations to the market, which are great to use, but none of them came up with a real ground-breaking, must-have feature, that would have made users jump sides (of course, I am generalizing here).

If you ask us, there is still much room to improve and come up with new things in this field, and we hope to see such innovative features being explored during this upcoming year.

Before announcing our personal winner, let’s take a closer look at what some of the other companies had to offer in 2022.

At the beginning of the year, Panasonic introduced the much anticipated LUMIX GH6 (head over to our camera review here and our lab test here). With an improved image pipeline and boosted Dynamic Range mode, the LUMIX GH6 supports some of the most powerful video specs among mirrorless cameras and no doubt, is much more versatile and oriented toward filmmakers than other Micro Four Thirds mirrorless cameras out there, like the OM SYSTEM OM-1 for example. Although improved, the acknowledgment that the GH6 still uses a contrast-based autofocus system made some users skip it altogether, hoping that the company will finally catch up and introduce a more advanced and accurate autofocus system for filming in its future generation of cameras. Speaking of which, when looking at Panasonic’s line of mirrorless cameras, we can’t help but notice that their current offerings are aging. With such tough competition, the company will HAVE to show some new cameras during 2023 if they are planning on staying relevant.

As a side note, we at CineD are patiently waiting to see if the announced comprehensive collaboration strategic agreement between Panasonic and Leica (Signed May 2022), will come into frustration by introducing new filming tools during 2023.

Sony (Next to Canon), is continuing to dominate the mirrorless camera market by offering different tools to different users. Still, their supportive “Cinema Line” of products is an ace up their sleeve. I think it is worth mentioning, that such a camera line, especially when it comes to the “lower end” cameras like the FX3 and FX30 is a BRILLIANT marketing move. Not only that, but it helps professionals working with Sony cameras to use their mirrorless as B/C cameras, and also, give those who want to move away from mirrorless equipment the alternative to use more dedicated filming tools.

What makes the Sony FX3 or the newer FX30 be part of Sony’s Cinema Line is yet to be determined, but the strategy of taking an existing mirrorless product (FX3 for example), and rehousing it in a robust shell, adding some functionality and guaranteeing no overheating issues, is undoubtfully working. Panasonic is doing the same with its LUMIX BGH and BS line for cameras with some degree of success, as is Canon with their famous “EOS C line”, so I can only hope that other manufacturers like FUJIFILM and Nikon will follow.

Back to Sony’s offerings, the newly announced a7R V is a well-received addition to the series of full-frame mirrorless cameras that can shoot video in 8K resolution at a more comfortable price when compared to their own Sony’s ALPHA 1. But is it enough to become our camera of the year 2022? Indeed it has an improved autofocus performance and a dedicated AI processor, yet overall, we were not convinced enough to crown it “camera of the year”.

This year, Nikon did not release any significant mirrorless camera that can shoot video, yet their Z 9 continues to be one of the bests, if not the best mirrorless camera for video out there! (As a quick reminder, the Z 9 was our camera of the year 2021). It can internally record 12-bit N-RAW at up to 8.3K/60p and ProRes RAW HQ at up to 4.1K/60p and with the recently released firmware 3.0, (free download here), new timecode options are available next to “Hi-Res Zoom” (Hi-resolution 4K video from the 8K sensor). The improved N-Log to Rec.709 LUT should also produce a nicer and cleaner image than before. Simply put, currently, there is no other camera as powerful in the market and we’re hoping Nikon will introduce something more compact yet not any less powerful in the near future. (And for the many of you that asked for an updated Z 9 camera lab test, it is already in the making).

During 2022, Canon was busy bringing numerous EOS mirrorless cameras that can shoot video to the market. Both the EOS R10 and EOS R7 enhanced their APS-C sensor EOS camera line with the latter having up to 4K60 video without crop and with Canon Log 3.

Canon was also not neglecting its full-frame camera line with the introduction of the new EOS R6 Mark II (read/watch our review here). Having support for 6K ProRes RAW recording via HDMI, a new 24.2MP full-frame sensor, and 4K/60p recordings (No crop), this “backbone product” is an improvement from its predecessor, but that’s about it. In many ways (and to my personal taste), last year’s EOS R3 continues to be the company’s most advanced mirrorless product although it might be too big (and expensive) for some, depending on their usage of it. (Also, the EOS R3 camera lab test will follow soon).

This year, out of all these respected companies, FUJIFILM was the busiest in bringing out new tools for the filmmaking community. The aging X-T4 (mirrorless camera of the year 2020) has just been replaced by the X-T5, aiming to conquer the hearts of photographers.

I used both cameras intensively and I must say, the X-H2S is truly great to have (our lab test here). With a 6.2K fast readout sensor and 3×2 open gate ProRes HQ internal recording capabilities, the camera is aimed at those who need good rolling shutter performance, and/or often film with anamorphic lenses (or just like the flexibility of filming 3×2 and later cropping to the desired aspect ratio).

Top this with the camera’s ability to so to record directly to the cloud, and here you have it, a “future-proof” recording device.

And this brings us to the X-H2, our camera of the year 2022! With up to 8K ProRes HQ internal recording and a 40.2MP sensor, this camera is aimed to satisfy the needs of serious content creators. This camera is extremely flexible when it comes to recording formats and resolutions, promising to assist you when negotiating with clients about their final output needs. When it comes to value for money, it is one of the bests out there (hence why I prefer it over the X-H2S). One might consider saving the $500 by skipping the X-H2S, and rather invest in the new and capable SIGMA 18-50mm f2.8 lens for that (Almost) amount of money (review is coming out soon).

So to summarize: This FUJIFILM X-H2 has become an all-rounder for us at CineD. It’s like having a “Swiss Army Knife” at our disposal. Yes, there is much room for functionality improvements via firmware updates, but all in all, FUJIFILM have now positioned themselves at the frontline when it comes to making tools for filmmakers and the X-H2 in particular, deserves high praise, and our award.

What is your favorite mirrorless camera of the year? Do you agree with our decision? Did you have a chance to film with the FUJIFILM X-H2 and if yes, what is your experience working with it? Please share your thoughts in the comment section below.