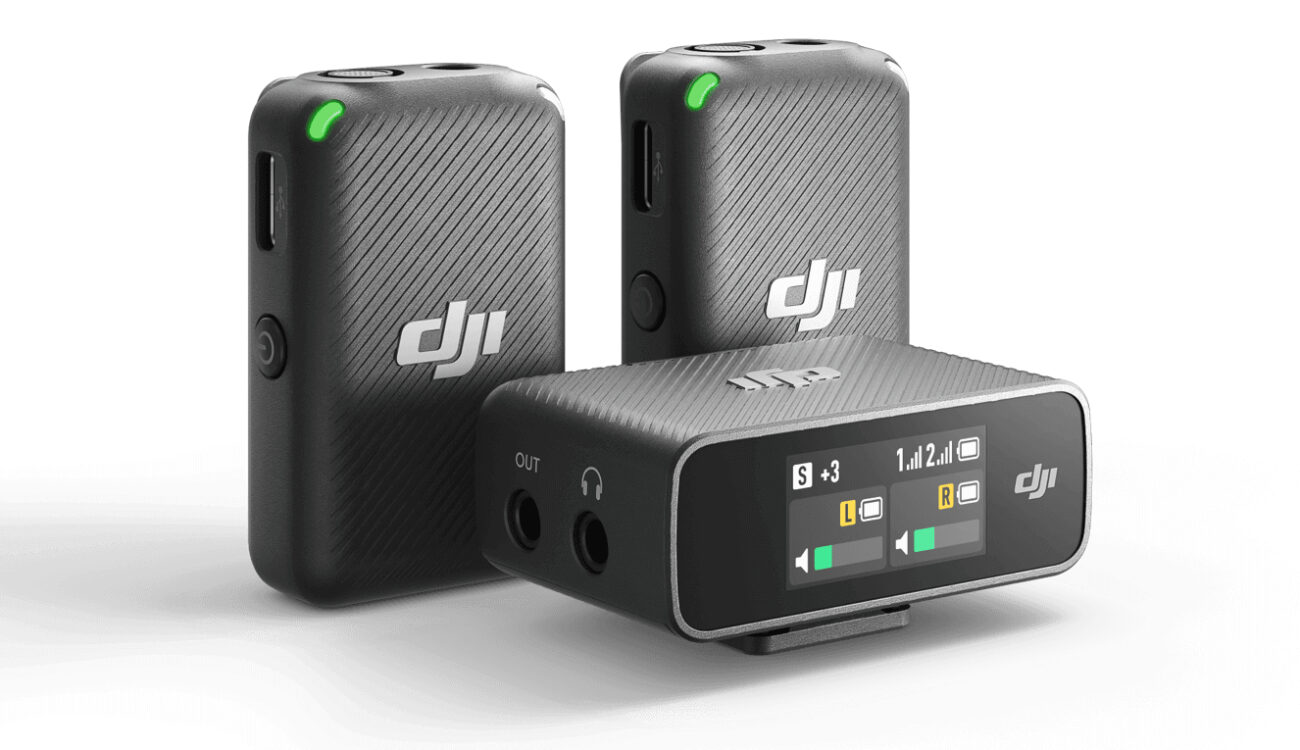 DJI makes drones. No, wait, they also make action cams…. and also gimbal stabilizers. And now they make dedicated audio equipment, too. DJI has entered the audio world with the release of its first wireless audio kit: Meet DJI Mic!

Note: This product was originally unveiled back in November 2021 (read our story here), but apparently it was severely delayed. However, now it seems that the time has come and DJI officially introduces the new DJI Mic.

DJI Mic is a dual-channel wireless audio system that comes in a dedicated charging case. Both transmitters have a built-in microphone, a lavalier is not required (but it is possible to use one via a 3.5 mm jack plug) and they support omnidirectional audio.

In addition, you can record audio directly to the transmitter if needed. According to DJI, the 8GB internal memory can record up to 14 hours of audio when recording 48kHz 24-bit mono WAV (but the beginning will be overwritten once the memory is full, so be warned).

Since it’s a complete wireless audio solution, you not only get two transmitters, but also a two-channel receiver, of course. And all three devices fit comfortably in their charging cases, much like the Apple AirPods.

If you use both transmitters as (wireless) inputs, you can set the receiver to M mode to record both incoming audio streams on a mono track, or to S to record a stereo track with left and right channels.

A transmitter only weighs about 30 g, so it should be relatively easy to attach it anywhere, either with the built-in clip or with an extra magnet to put it a little out of sight.

According to DJI, the transmitters can connect to their respective receivers via an encrypted 2.4 GHz wireless link over distances of up to 250 meters. The reception latency is 15 ms.

Battery life is 5.5 hours for the transmitters and 5 hours for the receiver. With the charging case, DJI claims a total runtime of about 15 hours, but of course that includes charging breaks.

Two things bother me a bit about this product. First, I completely understand that manufacturers want to put their brand name on every product, but in the case of a wireless audio transmitter with a built-in microphone that is meant to be clipped directly to a shirt, my understanding fades a bit. Most professionals don’t even allow a visible transmitter or lavalier microphone, but if they do, why not a plain black box with no branding? RØDE did the same thing with its Wireless Go systems (I and II), and I really don’t get it.

Secondly, I think any audio transmitter carried by talent should have replaceable batteries, anything else is just for casual vlogging in my book. What do you do when a battery dies? Lunch break for recharging the transmitter?

Lastly, I would prefer if the 3.5mm jack sockets on the transmitters were lockable, but since the unit is meant to be used without external microphones, this may only be a minor annoyance.

The DJI Mic is available now, and it sells for $329. For reference, the RØDE Wireless Go II system sells for $299, but lacks the charging case.

What do you think? Would the DJI Mic kit be something you would like to see in your gear bag? Or do you prefer other solutions for capturing audio? Share your experiences in the comments below!

Rocket Lab plans to catch a falling rocket this month