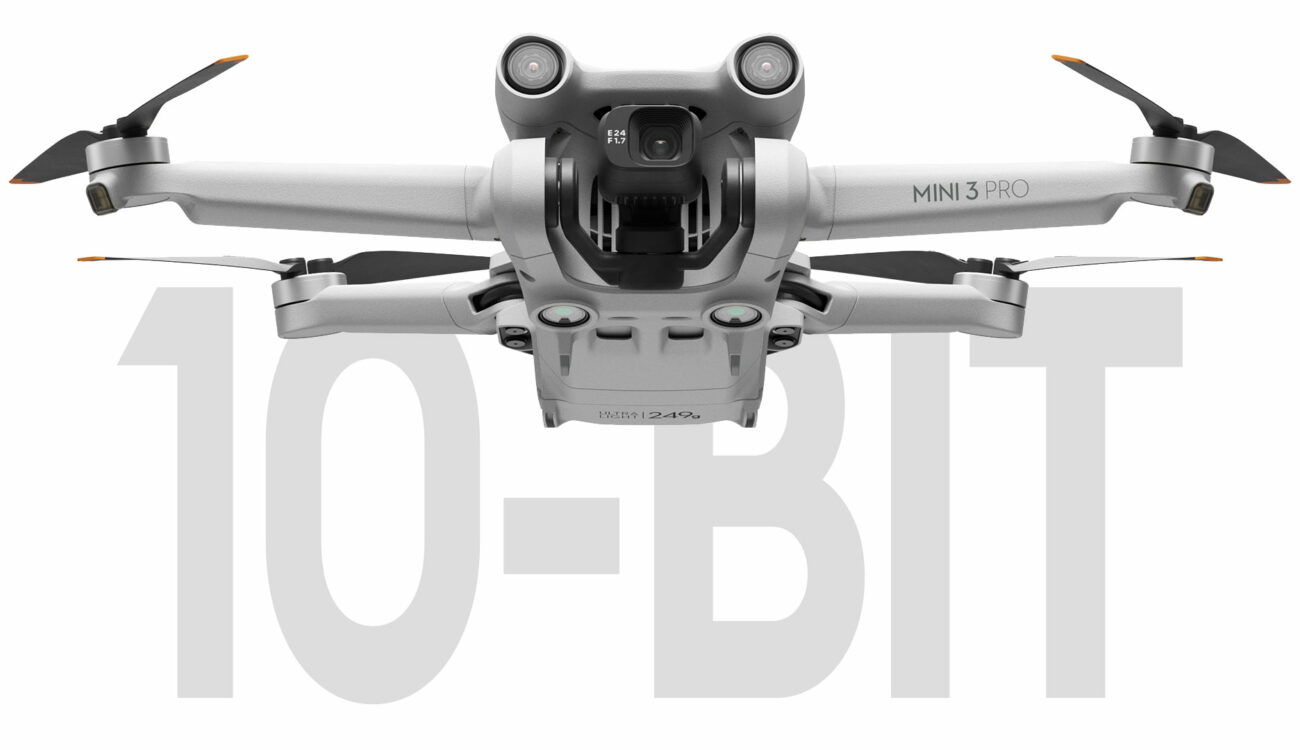 The latest sub-250g DJI drone, the Mini 3 Pro, is only on the market since a few days, and the Chinese company has already released a firmware update. This update adds – among other features and improvements – 10-bit color to the D-Cinelike picture profile within the drone. In fact, we had to postpone publishing Nino’s finished Mini 3 Pro review to reflect these changes and include them in the video. Let’s take a closer look at what is new.

Interestingly, the official release notes from DJI do not mention the addition of 10-bit color to the drone. Here is the full list of new features and improvements from DJI:

The firmware update got released so soon after the initial launch of the drone that only a few people have been able to already receive their purchased units and fly them with the older firmware version. In fact, most of these features, such as 4K 48/50/60p, vertical shooting, and all the automatic capture modes were advertised from the very beginning, so maybe we can consider this new firmware as the first production firmware? It is all a bit confusing, to be honest.

What is even more confusing (but at the same time, of course, awesome) is that the DJI Mini 3 Pro now has 10-bit color in the D-Cinelike picture profile. I honestly do not understand why DJI did not include this point within the release notes, or anywhere really. The truth is, this sub-250g drone now can shoot 10-bit color, which will make life much easier for many filmmakers who want to grade their drone shots and possibly match them to other cameras. Why is DJI being so low-key about this?

A filmmaker and drone pilot based in Germany, Winfried Halberstadt from Skyscope, created a quick and nice comparison of the Normal and D-Cinelike picture profiles after the firmware update. Filming a clear sky (which is the best place to see banding in 8-bit material) he then graded the D-Cinelike material to match the image in the Normal profile. When he dialed the contrast to extreme, you can clearly see the banding in Normal (8-bit), but you do not see it in D-Cinelike anymore. That is proof that the D-Cinelike, indeed, is 10-bit.

There is no information on what kind of color subsampling is used, but I expect it to be 4:2:0. Anyways, this is great news and the DJI Mini 3 Pro just got a little bit more “Pro”. In many ways, the Mini 3 Pro now challenges the older (but not so old) DJI Air 2S. Price-wise, these two drones are not that far apart either – what do you think?

Did you get your Mini 3 Pro already? What do you think about the latest firmware update? Would you still choose the DJI Air 2S over the Mini 3 Pro today? Let us know in the comment section underneath the article.

How to edit TikTok videos