DJI has expanded support for the RC remote control to now include the Mavic 3 Drone. Released in November, the Mavic 3 Drone has been limited to either the more expensive RC Pro remote in the Cinema Kit (after $5,000) or simply by controlling with a smartphone.

Sure there was the RC-N1 as an option. but DJI has since discontinued it. That left few options for Mavic 3 flyers until now. DJI originally packaged the RC remote with the Mini 3 Pro drone, but by expanding the drone models it can support, the company can offer it as an affordable accessory. Listening to clients who want a more affordable option, DJI has started by opening up the RC remote to handle both the standard Mavic 3 and the Cine version should users want an extra remote on hand to supplement the RC Pro. The RC remote control has a 5.5-inch LCD display and is capable of streaming live video feed at up to 1080p at 60fps for a distance of up to 9.3 miles (15km) courtesy of DJI’s O3+ transmission system.

This particular spec is always entertaining to include since FAA regulations require drones to stay within line of sight of the operator throughout the entire flight.

So while it’s nifty that the RC remote has that kind of law-abiding user will never be able to test the limits of it without threatening their certification, if they have one. 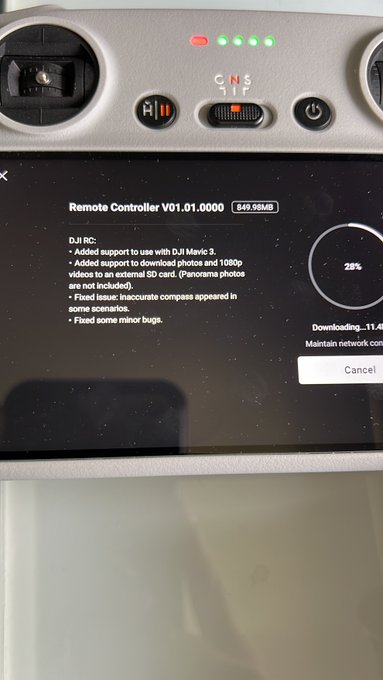 Outside of its federally mandated overengineered range, the only other data point the RC remote enjoys is its lightweight .68 pound (309g) heft. At just over half a pound, pilots won’t be fatigued holding it during long-duration flights.

Make no mistake though, the key feature here is that Mavic 3 users will be able to use the remote at a cost of only $309, versus the RC Pro remote which costs about three times as much.

And the only benefit of the RCP is that users can install third-party apps that interact with the Mavic 3 Cine. Big whoop. The benefits of the RC far outweigh its seldom-used liabilities.

The RC remote controller is available directly from DJI for a retail price of $309.

Haukland's '7in1' jacket is a $299 jacket made specifically for photographers: Digital Photography Review