Dorothea Lange’s iconic “Migrant Mother” is up for auction, expected to fetch $70,000 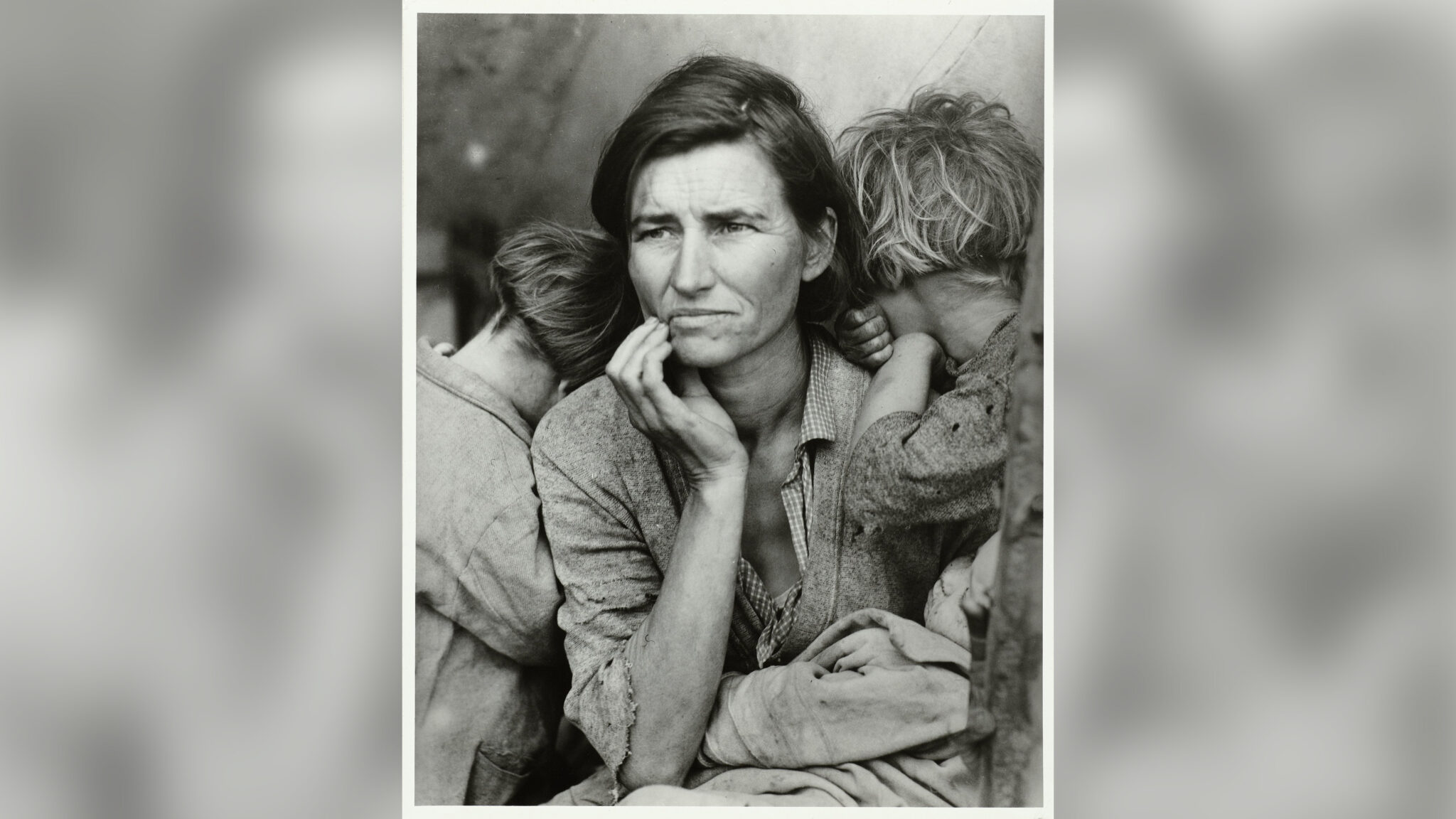 Dorothea Lange’s photo Migrant Mother is one of the most famous photos of the 20th century. If you’ve always wanted to have a print of it, now you can as there’s one on an auction. And it’s not just any print – it was originally part of Dorothea Lange’s family collection. Not surprisingly, it’s expected to sell for up to $70,000.

Lange took the photo in Nipomo, California in 1936. It portrays Florence Owens Thompson with her children, and the photographer staged it and made some tweaks to make it more striking. She took five photos of the scene and later instructed her assistant to remove Florence’s thumb from the image as it was distracting. Despite some controversy over staging the shot, Migrant Mother depicts the struggle, and it eventually became one of the symbols of the Great Depression.

Talking about the photo, Lange said:

“I saw and approached the hungry and desperate mother, as if drawn by a magnet. I do not remember how I explained my presence or my camera to her, but I do remember she asked me no questions. I made five exposures, working closer and closer from the same direction. I did not ask her name or her history. She told me her age, that she was thirty-two. She and her children had been living on frozen vegetables from the field and wild birds the children caught. The pea crop had frozen; there was no work. Yet they could not move on, for she had just sold the tires from the car to buy food. There she sat in that lean-to tent with her children huddled around her, and seemed to know that my pictures might help her, and so she helped me. There was a sort of equality about it.”