Dream-like scenes from inside a squash court, unlike any you’ve ever seen before


What immediately springs to mind when you think of racquet sports? The excitement of the match? The incredible athletic skill required? Or perhaps the weird grunting that often seems to accompany it? Well not for Award-winning Australian Photographer, Brad Walls. The New York-based photographer has released a new series titled ‘Vacant’. Like his previous series “Pools from Above“, it draws inspiration from his fascination with surrealism and geometric art.

DIYP caught up with Brad to find out more about his new work, what inspires him to create, and what exciting projects he has up his sleeve for the future. 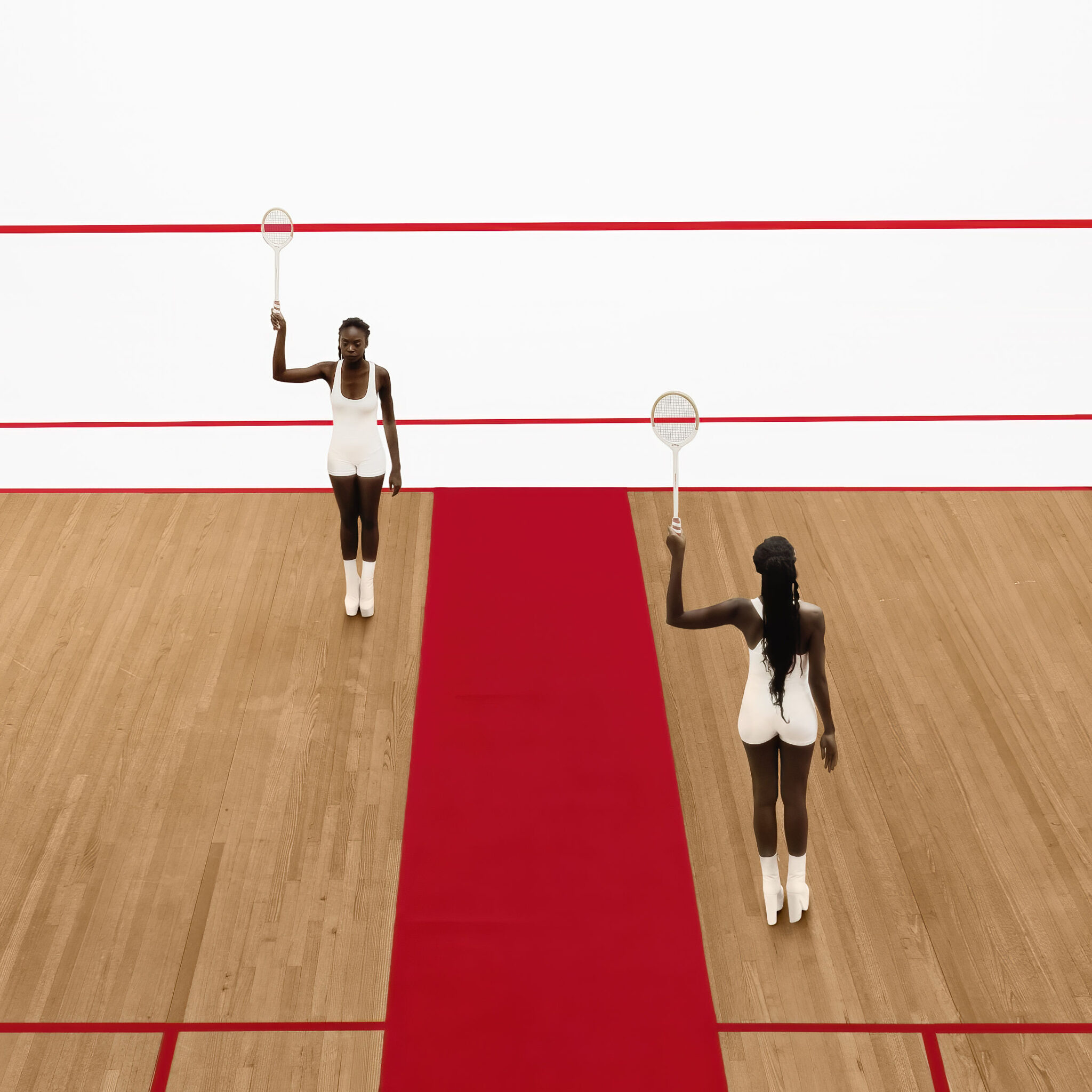 “I had always wanted to do a retrofuturistic photoshoot,” Brad says. “I am drawn to the tension between the future and the past. For me, the most prolific element of the 80s was the squash court, so I started there.”

He knew he could use the lines of the court to his advantage in strategically breaking up the scenes into halves and thirds. This provides a great foundation compositionally, he explains that he also used the carpet to the same effect.  The choreography is deliberate and involves all mid-movement poses, which feel quite detached from the scene. “I enjoy that feeling of dissonance in my imagery, it seduces the viewer to wanting more,” says Brad.

Every scene and image is meticulously planned and Brad sketches out every scene he wishes to take. He says that he usually walks into the shoot with about 20-30 frames ranging in priority and difficulty. “I leave 10-15% of the shoot to experiment, however, the squash court didn’t provide much experimentation due to how restrained I was with the variables,” says Brad.

As an artist you are trying to push your work to the next level, finding the new scenes, testing the limits. A 20 square metre box using a drone was the next challenge. I was bound to crash.

“The major challenge was space. I was surprised how much height I did have for the shoot but the challenge was my diagonal frames.” 20 square meters is not a lot of space with a 24mm lens. Brad explains that the DJI Mavic 3 drone had prop guards on and was touching the corners of the court to have enough frame. “I even flew outside the court and over the glass entry doors for many of the shots,” Brad says.

Lighting also proved to be a slight issue with the immense amount of white in the scene, but nothing apparently that was too difficult to fix in post. The only post processing work involved the usual adjustments in Lightroom and then moving into Photoshop for stitching the images together and compositing work.

In creating ‘Vacant’, Walls set out to create a pure, clinical, retrofuturistic theme, using white and pops of red as he states “To combat the claustrophobic nature of a squash court, I filled the space with as much white as possible, including the models wardrobe to avoid the scenes becoming too ‘boxed in’. The futuro wardrobe is used to contrast against the 80’s retro nature of the squash court as Walls states “I’ve always enjoyed Retrofuturism, the tension between the future and the past is intriguing. Movies like Gattaca, Blade Runner and Beyond the Black Rainbow have been pivotal in my understanding of the genre”.

So what can we expect to see from Brad in the near future? “I’m completing a Ballet project featuring the biggest companies in the world: NYCB & English National Ballet so far, which will be very exciting!” says Brad.

Indeed, it does all sound pretty fabulous, if his last two projects are anything to go by we can expect to see some more spectacular images in the not too distant future.

‘Pools from Above’ will be published in book format from October of this year and available to pre-order now for $35. You can see more of Brad’s work on his website and Instagram.