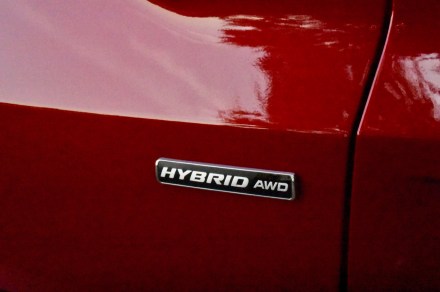 Ford has recalled around 100,000 hybrid vehicles over a fire risk.

The affected automobiles include some Corsair and Escape SUVs of model years 2020 to 2022, and a number of Maverick compact pickups from the same period. All have 2.5-liter hybrid and plug-in hybrid electric engines.

A crankshaft machining problem has the potential to cause engine failure among these vehicles, Ford said in a report posted by CNBC. But more importantly, the engine failure could lead to oil and fuel vapor leaking onto hot parts of the engine, resulting in a fire.

Ford said it has so far received 23 reports from around the world of incidents where the engine failure caused a fire. No injuries or deaths have been reported in connection with the issue.

Engine failure is very rare, Ford said, with the issue accounting for only 0.17 repairs per 1,000 vehicles.

The American auto giant will start notifying affected owners on August 8, though read on for details on how to find out right now if your Ford vehicle is subject to a recall.

Owners will be directed to take their vehicle to a nearby dealer. But Ford said that while the engine issue itself will not be addressed, dealers will make some adjustments to create increased air flow that will reduce under-the-hood temperatures to levels that will prevent any fuel vapor and engine oil from igniting.

Ford confirmed it has already resolved the issue at the manufacturing stage, so new vehicles coming off the production line no longer have the problem.

The Michigan-based automaker has also expanded another recall that it announced in May 2022. Related to the risk of an under-the-hood fire, the original recall involved around 39,000 Lincoln Navigator and Ford Expedition SUVs of model year 2021. Ford now says an additional 66,000 vehicles built between July 27, 2020, and August 31st, 2021, are also affected.

The automaker is so concerned about the risk, which involves a potential high-current short on a printed circuit board, that it’s telling affected owners to park their vehicle outside and away from structures. However, it said their OK to continue driving. When the replacement parts become available in September, dealers will install them free of charge.

Ford has received 21 reports of under-the-hood fires, with 18 of the incidents involving rental vehicles. One injury has so far been reported in connection with this issue, Ford said.

These recent Ford recalls follow another one in April involving more than half a million vehicles.

If you’re a Ford owner and want to find out if your vehicle is listed for any recall, visit the company’s website and enter your auto’s unique VIN (Vehicle Identification  Number). The page also includes information on how to contact Ford customer service, as well as a tool to help you find your nearest Ford dealer.

FXLION ATTO ONE Battery Announced – A Powerbank for Filmmakers

30 mistakes new drone owners make and how to prevent them