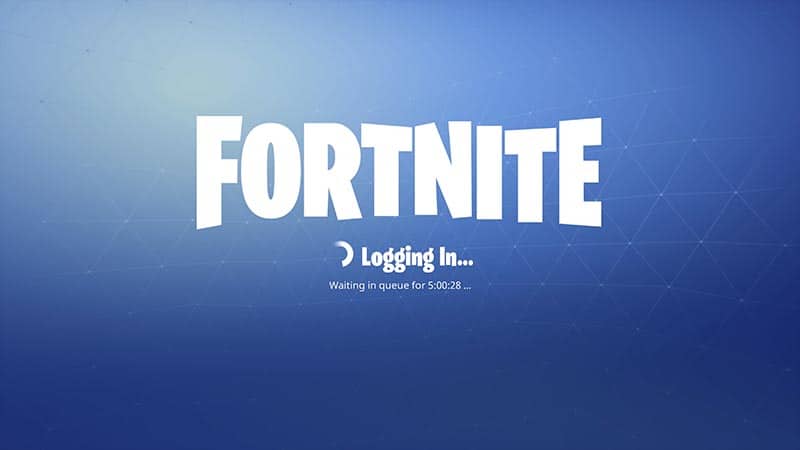 The arrival of Fortnite Chapter 3 Season 1 seems to have put a crazy amount of strain on the game’s servers and players the world over are struggling to actually get into the lobby. We have just tried seconds ago and were met with a 10 minute wait time just to get into the game. Back to Halo Infinite it is then

How to fix Waiting in Queue error on Fortnite

Short of trying again later there isn’t much to suggest at this stage. The issue doesn’t seem to be a bug, rather the number of players trying to get access to Fortnite’s heavily advertised new Chapter 3 Season 1 that began today. Epic are working on things in the back end and probably trying to increase server capacity as quickly as possible

The game isn’t down as such but people are unable to get in and play it at the moment without a waiting time. The Fortnite Status Twitter account has acknowledged the issue and tweeted:

What does waiting in queue mean Fortnite?

As we say above there is nothing to worry about, there is nothing wrong with your game, the problem of being unable to login into Fortnite’s servers seems to be coming from the sheer volume of players wanting to get in which is incredible if you think of the numbers Fortnite normally copes with at an event. It seems Chapter 3 has already been a success in terms of interest levels, even if not everybody has got to play it yet.