Forza Horizon 5 character customization – New features & how to use 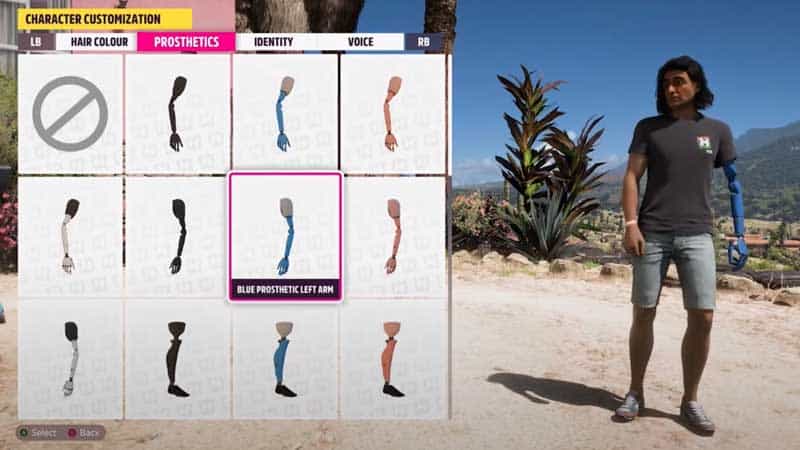 Forza Horizon 4 had pretty robust character customization for a game so focused around the cars themselves, and with Forza Horizon 5, Playground Games has gone one step further with said feature, building in new aspects to ensure everyone feels involved.

We think that the Forza Horizon 5 character customization function is something that players of old jumping in will certainly be pleased with, and something that newcomers to the franchise can utilize to truly make their driver their own.

Enough bigging it up though, let’s get into what Forza Horizon 5’s character customization entails.

As you can see, there are a whole host of new, inclusive variables that you can choose from. A couple to note are Prosthetics and Identity which are nothing short of fantastic and you’ll likely see built upon in other games going forward. Additionally, you can go much more in-depth with tuning your character’s outfit over Horizon 4 thanks to more clothing options than ever and the inclusion of more limbs to tailor-make.

How to customize character in Forza Horizon 5

So you want to customize your character in Forza Horizon 5 and take advantage of all the new features? Well, you’re going to have to complete the following steps to get to that stage. Here’s exactly what you need to do:

You should now be able to customize your character to your heart’s content, put them in the driver’s seat, and become the star of the Forza Horizon festival.

Where To Get A PCR Test – Credihealth Blog