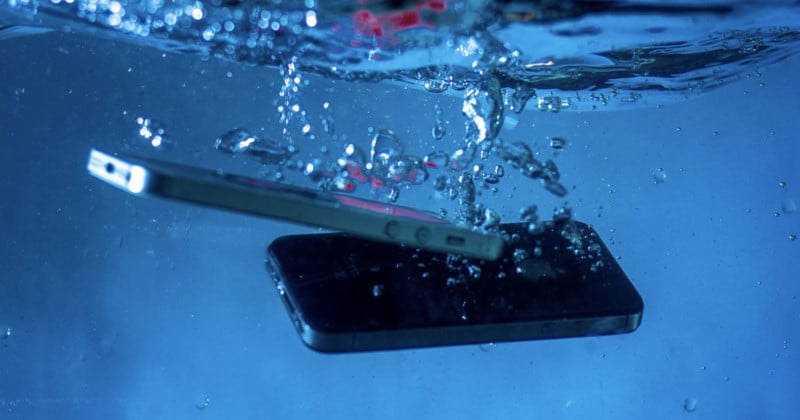 A new Apple patent could mean that photographers are able to shoot pictures on their iPhones in the rain and even underwater.

In a recently-granted patent, Apple reveals a new smartphone technology that could let users control future iPhones flawlessly in conditions where most current smartphones would fail, such as underwater.

Granted by the United States Patent and Trademark Office (USPTO), the patent suggests that Apple is planning to modify the iPhone with the ability to work during “a moisture exposure event”, such as rain. It would use the inbuilt pressure and moisture sensors to detect water and automatically adjust its on-screen display, control buttons, and sensors to suit environmental conditions. 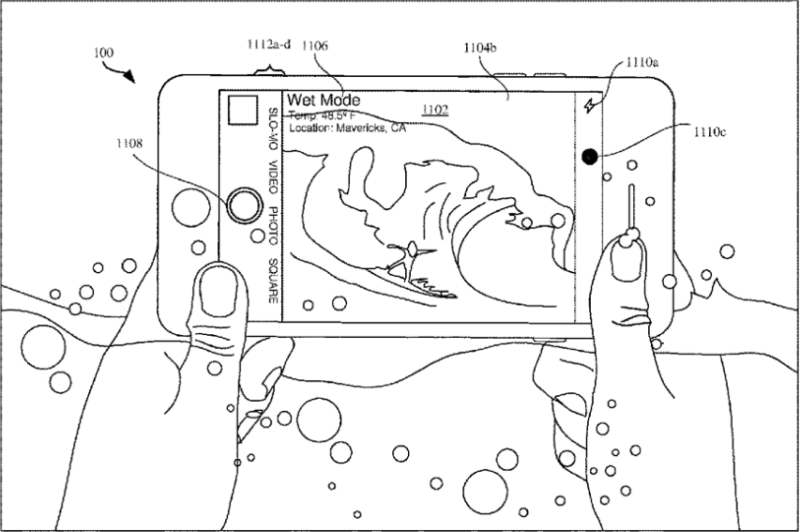 A moisture event could be defined as anything ranging from a small amount of liquid detected on the outside of the smartphone, to the device being completely immersed in a liquid as would be the case for underwater use.

Apple’s patent document also suggests that there could be different modes to configure touch responses, called wet, dry, and underwater.

In case of the wet and dry modes, the iPhone could change the force input detection to accept touch inputs — depending on whether the user’s finger is dry or wet. According to the patent description, the underwater mode, however, can enable the iPhone to modify the interface and make it simpler to be used underwater.

The underwater mode could essentially be used for capturing photos and recording videos when the iPhone is submerged underwater. Forbes reports that in wet mode, certain camera features are automatically removed from the interface, so they can not be activated, whereas in underwater mode, the usual set of camera controls is removed entirely and replaced with a pair of extra-large buttons. These are much easier to activate underwater but are restricted to simple photo or video capture.

In this case, the camera would instead be automatically configured with the best underwater photography settings. As suggested by the patent filing, the iPhone could automatically adjust specifics including white balance settings, ISO sensitivity, and clarity of the camera unit as well as its display brightness in underwater mode. The iPhone’s on-screen display also adapts to show the camera’s current depth underwater, which will help you stay within the device’s water resistance limits.

Earlier this year, Petapixel reported on whether it was possible to shoot underwater photos with the current iPhone available on the market.

Apple has so far not officially marketed its iPhone models for underwater photography. Liquid damage has also not yet been covered under warranty.

Camera makers, can you hear me? It's time to take audio seriously: Digital Photography Review