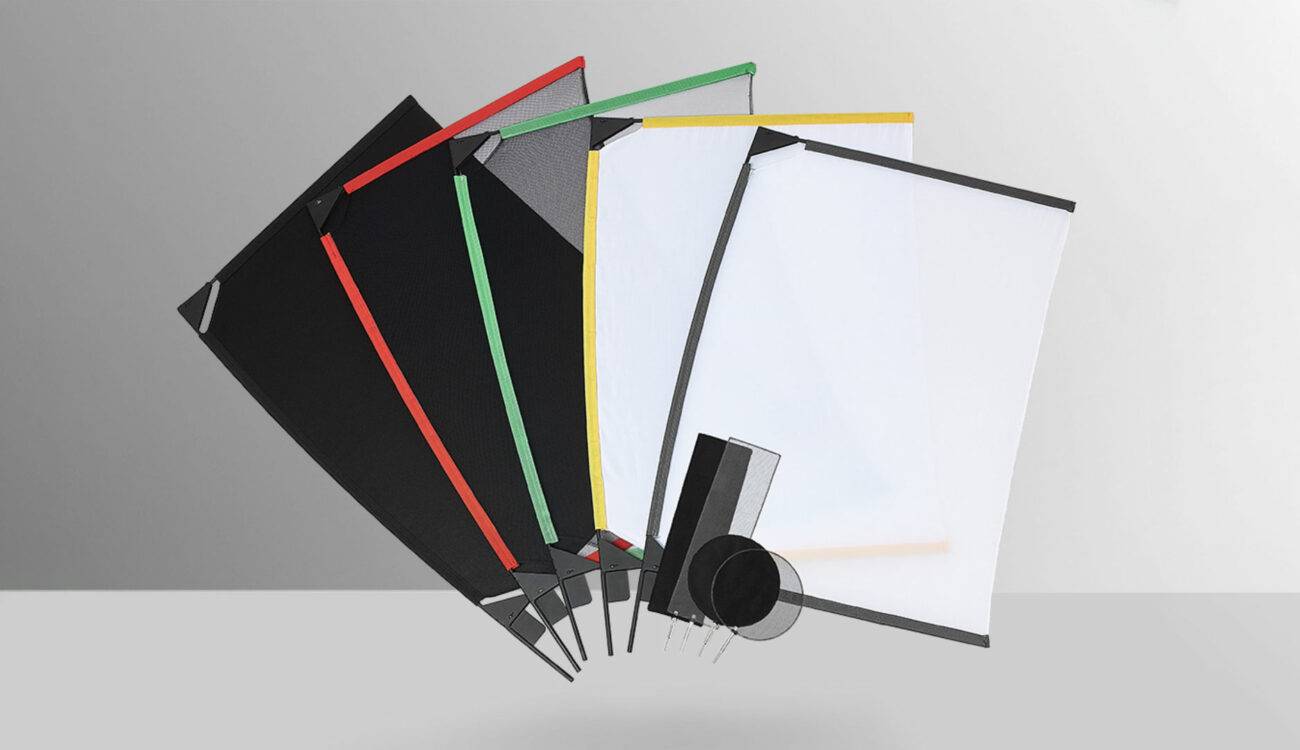 Godox has released two new Scrim Flag Kits, the Godox SF6090 Kit and the SF4560 Kit. Both kits consist of a set of flags, as well as a few dots and fingers. The company is well-known for producing very affordable equipment, that is still able to compete with much pricier alternatives. Let’s have a closer look!

The name Godox has been around for some time now. For photographers the Godox flashes and control systems have established themselves as alternatives to brands like Profoto, which are traditionally priced for a much higher market segment. Godox has also made quite some inroads into continuous lighting in recent years. We have reported about the Godox SL300II Bi-Color COB LED as well as the Godox Litemon LA series. But the company has also been trying their hand in accessories, like a shotgun mic and even a directional smartphone mic.

On the lighting side, due to its involvement in photography, Godox already has a wealth of modifiers and shaping accessories. So the Godox Scrim Flag Kits seem like a welcome addition to the umbrellas, tents, stands, softboxes and other gear already available, to give that final finesse for shaping and control.

The size of the fingers is 4″ x 14″ (10 x 35cm) and the dots have a diameter of 6″ (15cm). All of the flags are collapsible, while the fingers and dots stay the same size. Both kits come in handy carrying bags, with a very visible and readable label, denoting the contents.

But what do the flags, dots and fingers in the Godox Scrim Flag Kits actually let you do? Here’s a full list of their modifying features:

All modifiers have standard, umbrella-size attachment bolts, which can be used with most available stands.

So what do you think of the two Godox Scrim Flag Kits? Would you give them a shot for the price? Which important piece of shaping kit is missing in them? Let us know in the comments!

Africa’s Best Wildlife Photography Locations and When to Visit Them