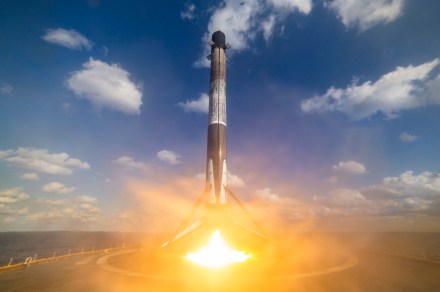 In a few hours, SpaceX will launch a further batch of Starlink satellites into low-Earth orbit using one of its Falcon 9 rockets. The launch will take pace from Space Launch Complex 40 (SLC-40) at Cape Canaveral Space Force Station in Florida, and the company will livestream it so you can watch along at home. Read on for all the details and how to watch.

What to expect from the launch

SpaceX regularly launches fresh batches of Starlink satellites to add to its constellation which aims to provide global broadband-speed internet via satellite. The company typically launches between 50 and 60 satellites per batch, and the rocket used in today’s launch will carry 53 satellites into very low-Earth orbit.

SpaceX is famous for its reusable boosters, as once a Falcon 9 first stage is no longer needed it separates from its rocket and returns to Earth, either to land on solid ground or, more commonly, to be caught by a droneship stationed in the ocean. After it separates from the rocket today, the booster will be caught by the droneship Just Read the Instructions stationed in the Atlantic Ocean.

The particular booster being used in today’s Falcon 9 launch has flown on 12 previous missions, including the first crewed test of SpaceX’s crew spacecraft Dragon called Demo-2, as well as the RADARSAT Constellation Mission, SXM-7, and nine previous Starlink missions.

How to watch the launch

Coverage of the launch is available from SpaceX, and you can watch either by going to SpaceX’s YouTube channel or by using the video embedded at the top of this page. Coverage is scheduled to begin around 10 minutes before liftoff, so a bit after 10 a.m. ET (7 a.m. PT).