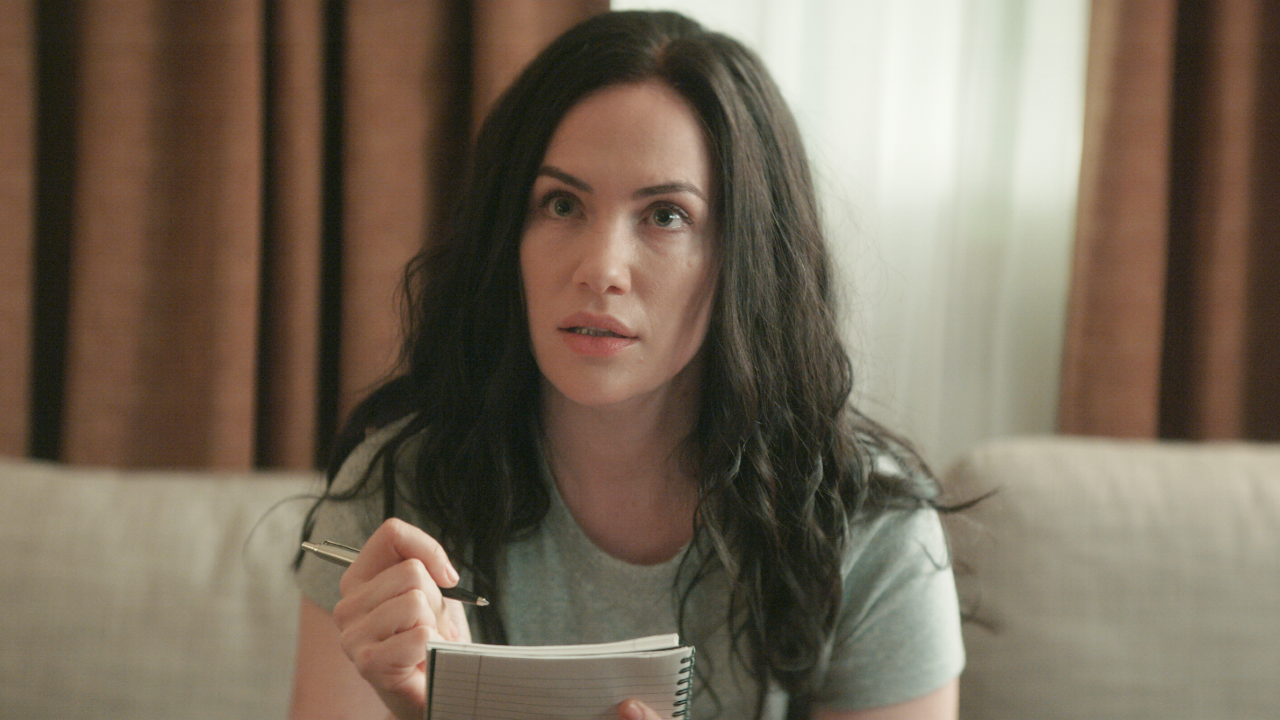 Midnight Mass‘ Kate Siegel stars in Netflix’s new chiller, Hypnotic, about a woman who falls victim to a conniving, cruel therapist and his post-hypnotism triggers. Siegel, a stalwart member of Mike Flanagan’s “Flanagang,” impressively elevates a lot of this film, but ultimately can’t save it from feeling like an outdated, bare-minimum thriller designed to take up space in a sea of streaming fare.

Just the premise alone — an evil hypnotist — feels excessively yesteryear, when fewer people would have known the broad basics of hypnosis, and turning that particular therapeutic practice into something menacing would feel more subversive and fresh. Just coming off like a movie that was written decades ago — especially in the ’90s when there were a ton of psychological thrillers where someone seemingly normal in a person’s life was a psycho (The Hand that Rocks the Cradle, Pacific Heights, Single White Female, etc.) — gives this one a toothless timestamp.

That’s what you get with Hypnotic: all the familiar beats from all those past movies, including people thinking the hero is mentally unwell, friends and loved ones getting taken out for snooping, and a weirdly neat wrap-up considering the lives lost and questions raised.

Siegel, who’s been nothing short of mesmerizing in her husband Mike Flanagan’s Netflix fare (Hush, which she leads and collaborates on, is particularly fiendish and fun), plays a woman recovering from a tragedy, Jenn, who decides to give therapy a whirl. Jason O’Mara (Marvel’s Agents of SHIELD, The Man in the High Castle) plays Dr. Meade, a psychologist who, within a few lines of dialogue, suggests to Jenn that she be hypnotized on the spot, in her first session. This is brought up here only to note how the film also, for the sake of plot, doesn’t pay much heed to how therapy works either.

In the subsequent weeks. Jenn finds herself having weird dreams and then actually losing time. It all leads to Jenn digging into past crimes involving accusations against a rogue hypnotherapist, a trustworthy detective who’s sort of half on the case (played by Psych‘s Dule Hill), and the realization that she’s now powerless against Dr. Meade because he can shut her down with a single word.

Now, there are for sure moments within this movie that are born of true terror, including the sheer idea of being utterly helpless and paralyzed and at the feet of a madman. It’s not unlike the phobia of being awake during surgery — being conscious, trapped, and in torment. But Hypnotic, designed to be a rather middling tale with dulled edges, doesn’t make the most of those moments from a horror standpoint. It offers up only muted stakes and mild danger.

The tone, beats, and premise of Hypnotic feel very out-of-time.

Siegel is great at drawing out the most from very little, but her character is still short-sighted here. Perhaps it’s because we’ve grown accustomed to her having such well-crafted and meaty roles in series like Midnight Mass and The Haunting of Hill House that it’s become more notable when she has to work harder to make a role feel more layered than it is. But the film itself, too, is a very quick and easy by-the-numbers story that pulls too many punches and plays things too safe to be memorable. When Dr. Meade’s full plan is revealed, the silliness sort of escalates to a new level as he’s transformed from an empty suit villain into something more ridiculous and cartoonish.

The tone, beats, and premise of Hypnotic feel very out-of-time and, subsequently, very inconsequential. It dilutes what could have been a rather diabolical and memorable story and delivers a disposable ride that ends with a stilted and safe re-entry. It’s slightly jarring to watch Kate Siegel inhabit a role that feels underwritten, but to her credit, she manages to pull as much tension and emotion out of the tale as possible.