Home » Gaming » I reinstalled Grounded just to tame bugs, and I don’t regret it
Gaming

I reinstalled Grounded just to tame bugs, and I don’t regret it


You can build a cute little bughouse for your pet aphid or weevil, and it’s *everything*

As someone who isn’t ready to face a spider boss in Grounded (especially one called the Broodmother) and who hasn’t yet gone off the deep end with constructing a decked-out home base hidden among the towering grass forests, the highlight of the Shroom and Doom update, for me anyway, was always going to be pets. It’s the simple things.

As it stands, there are two critters — the aphid and the weevil — to feed and tame and build little bughouses for. Hopefully more pets will follow in a later update.

I intended to pop into the game, check out the new pet system, and hop out, making for an easy-breezy article. Then I remembered I uninstalled Grounded a while back. Was it worth going through the effort just for this one bullet point in the patch notes? Yes, absolutely. That’s who I am. After getting it up and running again, I was told my save files were “ancient” and might be prone to errors — which is fair, as it’s been a long time.

I started a fresh save file only to realize that I mostly forgot how to play this game. I ran into mosquitoes for the first time, and they unceremoniously took me out when I came in for a closer look — so then I doubled back to grab my backpack full of crafting stuff, and they got me again. Okay, okay. Creative mode it is. This was supposed to be a quick blog! Even without hunger, thirst, and predators weighing on my mind, it was a bit of a struggle to tame these bugs. To get started, you’ll need a Grinder, which can crunch down plant fibers and mushrooms into bowls of scrumptious paste. Then you’ve gotta find ’em. 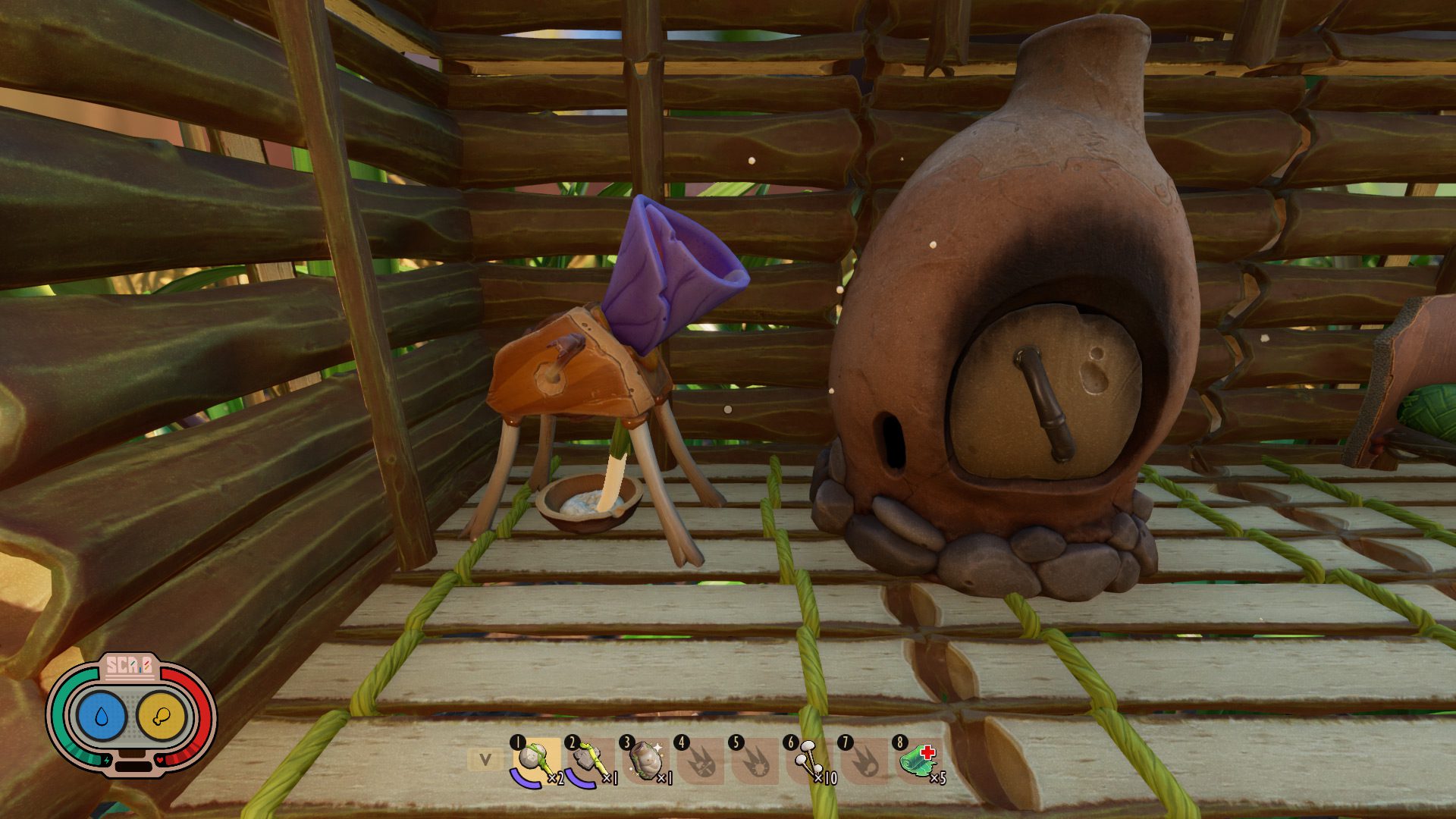 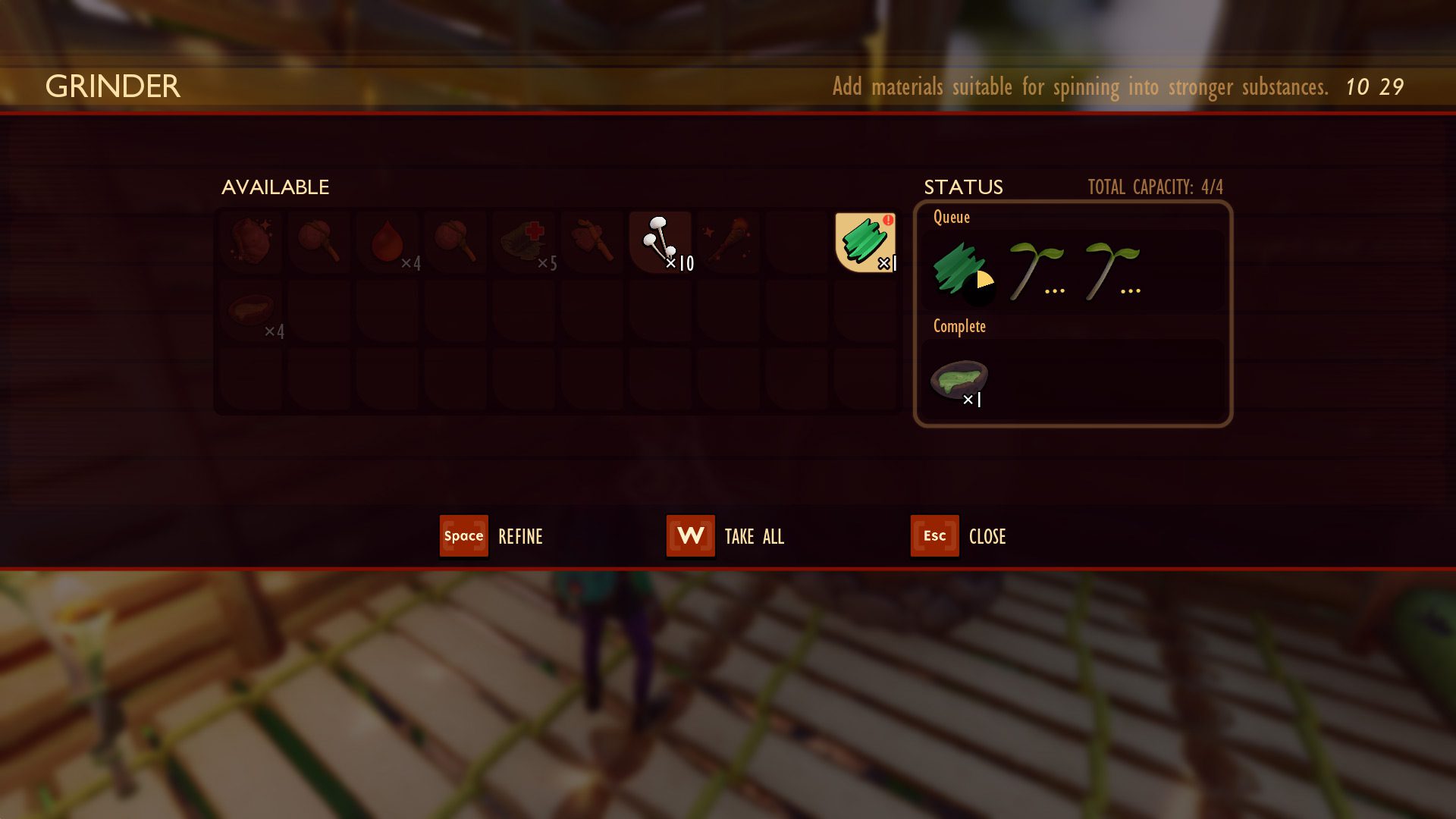 Neither bug is rare by any means, but the moment I actively wanted to find them, I swear, it was nothing but ants crowding around. So I smashed them all. It wasn’t pretty.

The aphid craves plant slurries, while the weevil wants mushroom slurries. In both cases, you’ll want to bring several. Corralling the little guys with treats isn’t easy when bigger insects stroll onto the scene. I also had to contend with other weevils and aphids trying to steal the snacks meant for a specific bug I was trying to win over. Again, bring extras. 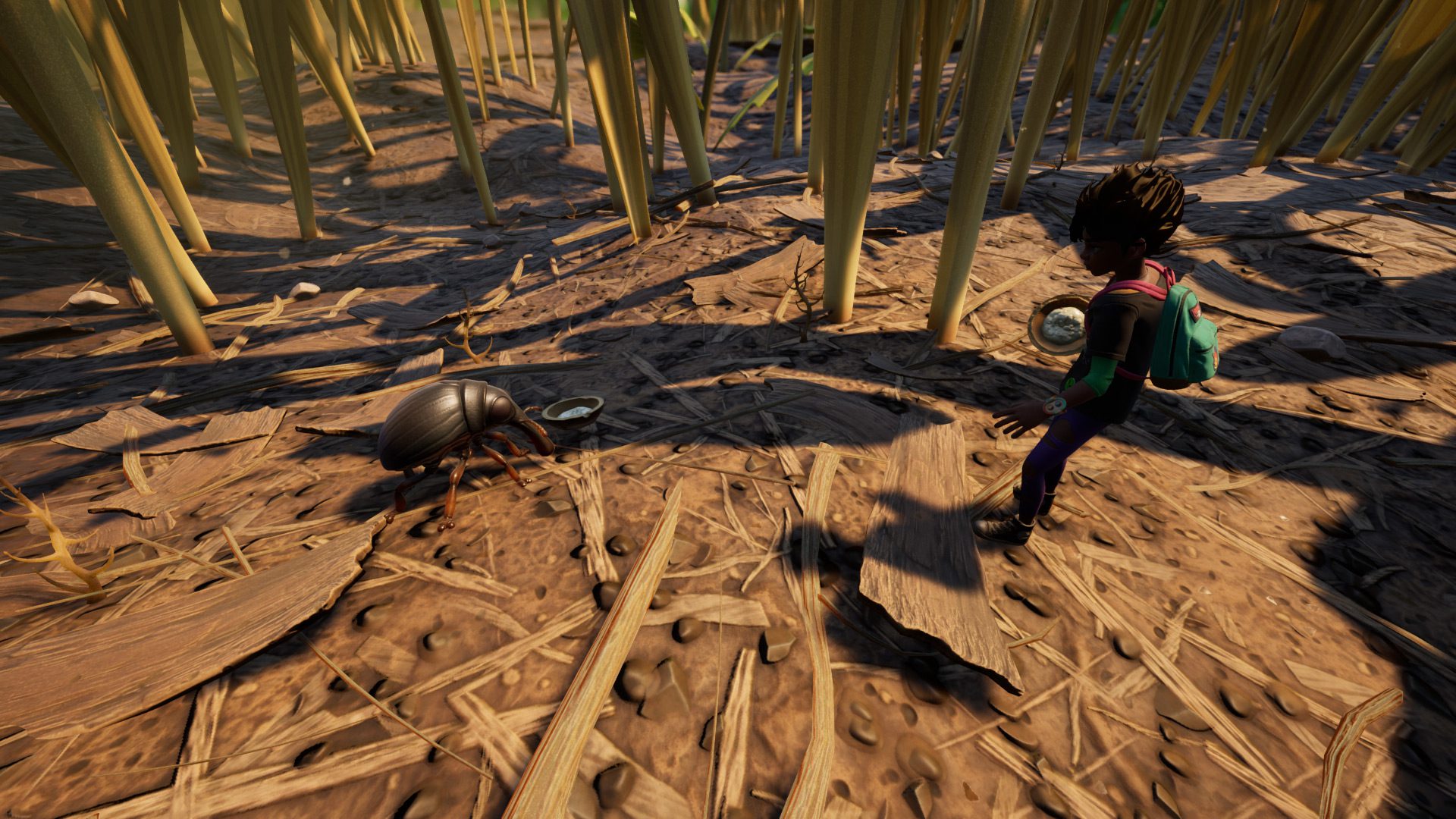 Once you plop down enough slurries, with any luck — assuming it doesn’t get cold feet — your soon-to-be-pet will eat enough to trust you. I got a weevil on my first try. 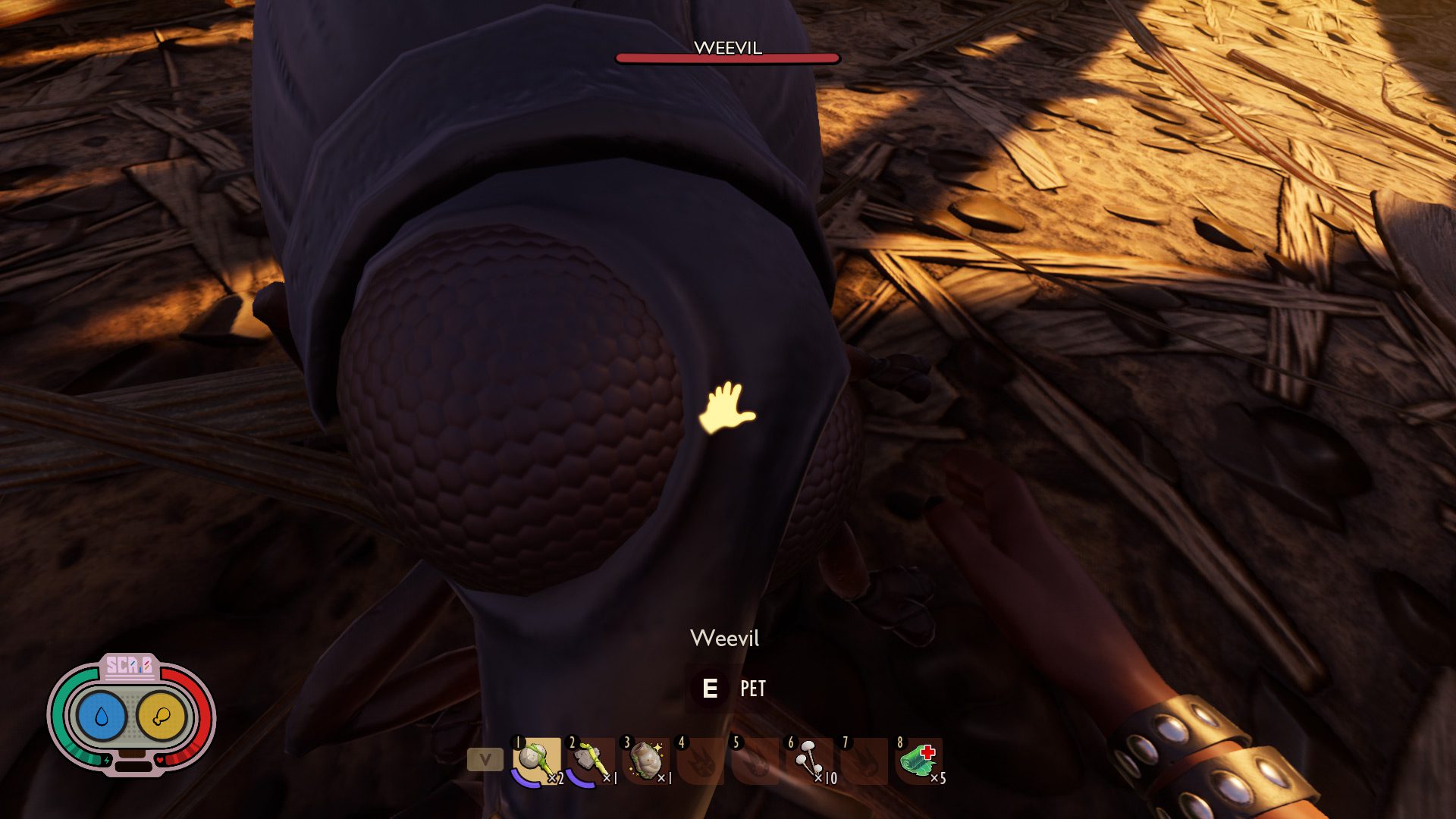 The aphid… not so much. I ended up using about a dozen plant slurries to tame just one. 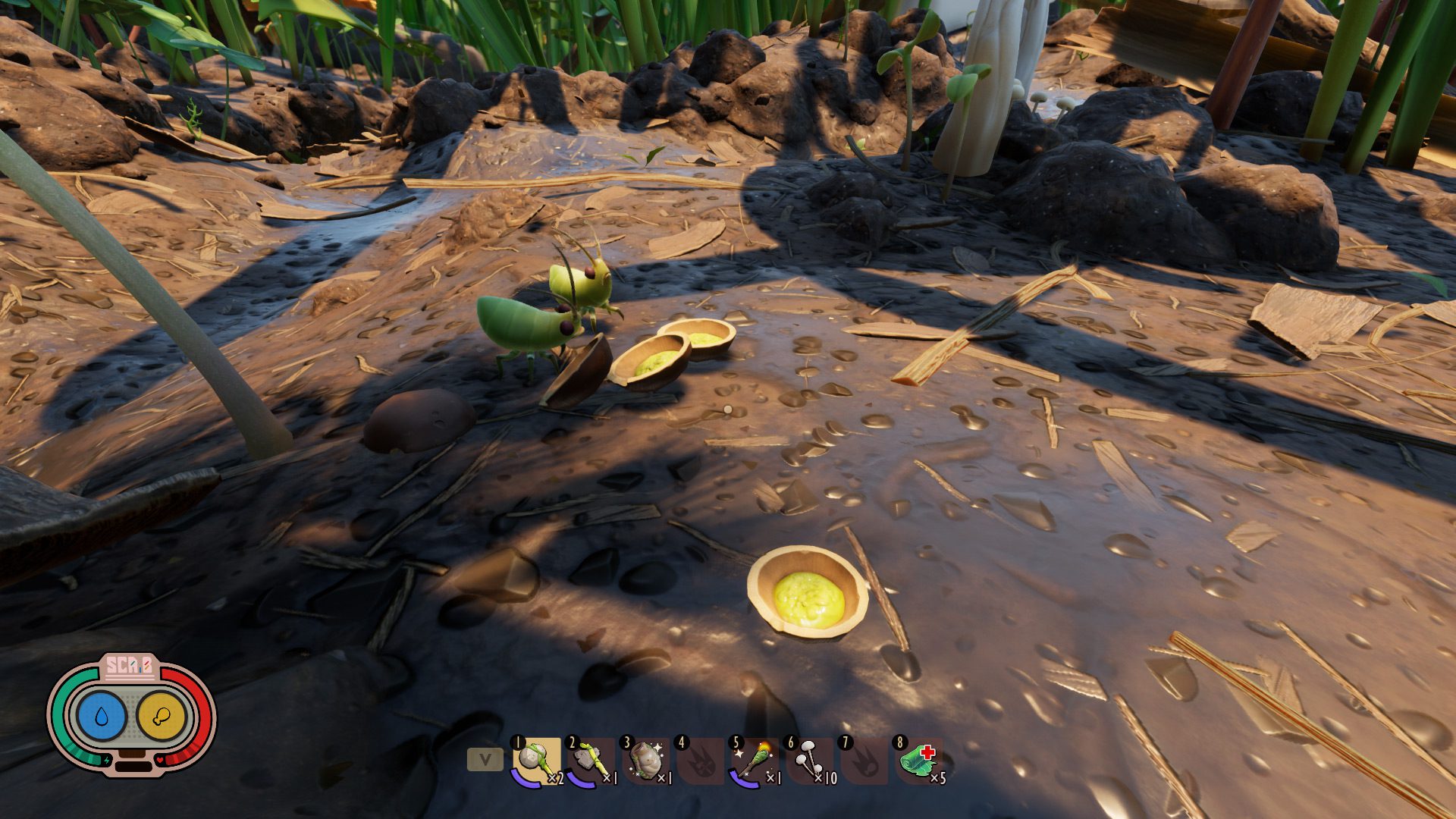 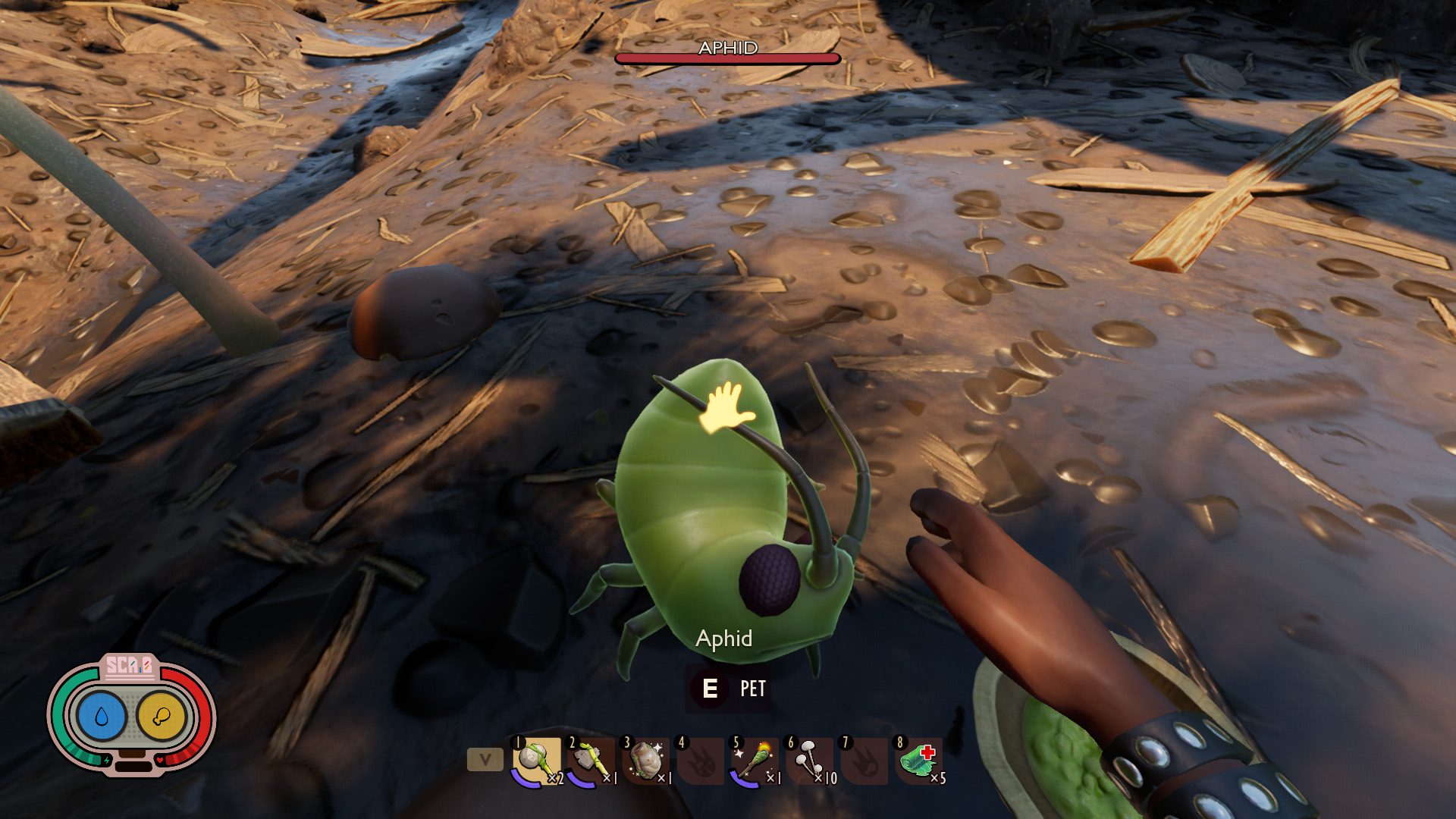 Once you build a pet house (preferably near your pad), you can see stats about your insect, including its personality — mine is “whimsical.” There’s a tracking camera view of your critter, and you can also equip them with “pet attire,” though I didn’t have any to show off. 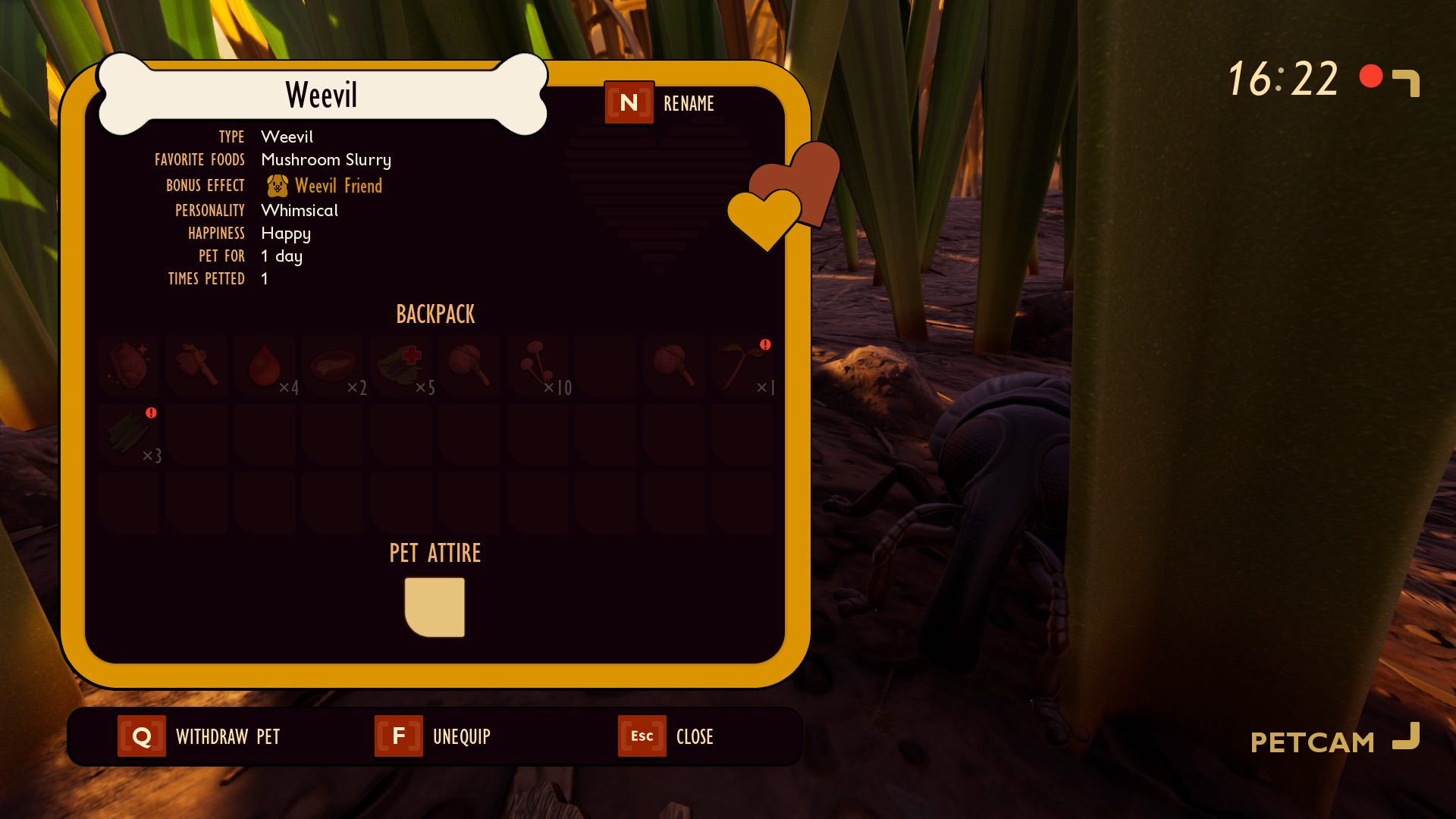 A word of warning, though: pets aren’t invincible. I already lost my weevil.

Elsewhere in the Shroom and Doom update, we’ve got a crossbow, curved walls and doors, pillars, an oven for baking mushroom bricks, reworked gardening, the ability to sit in chairs, and 20 achievements (with more to come “as the game continues to grow”).

Grounded still isn’t at a point where story-hungry players will be satisfied, but I maintain that it’s a unique enough take on the survival genre — with enough special little touches from Obsidian — that it’s worth checking out while it’s in early access either way.

Go on, use that Xbox Game Pass sub if you’ve got it.

Bond theme music from Connery to Craig has always been reinvented