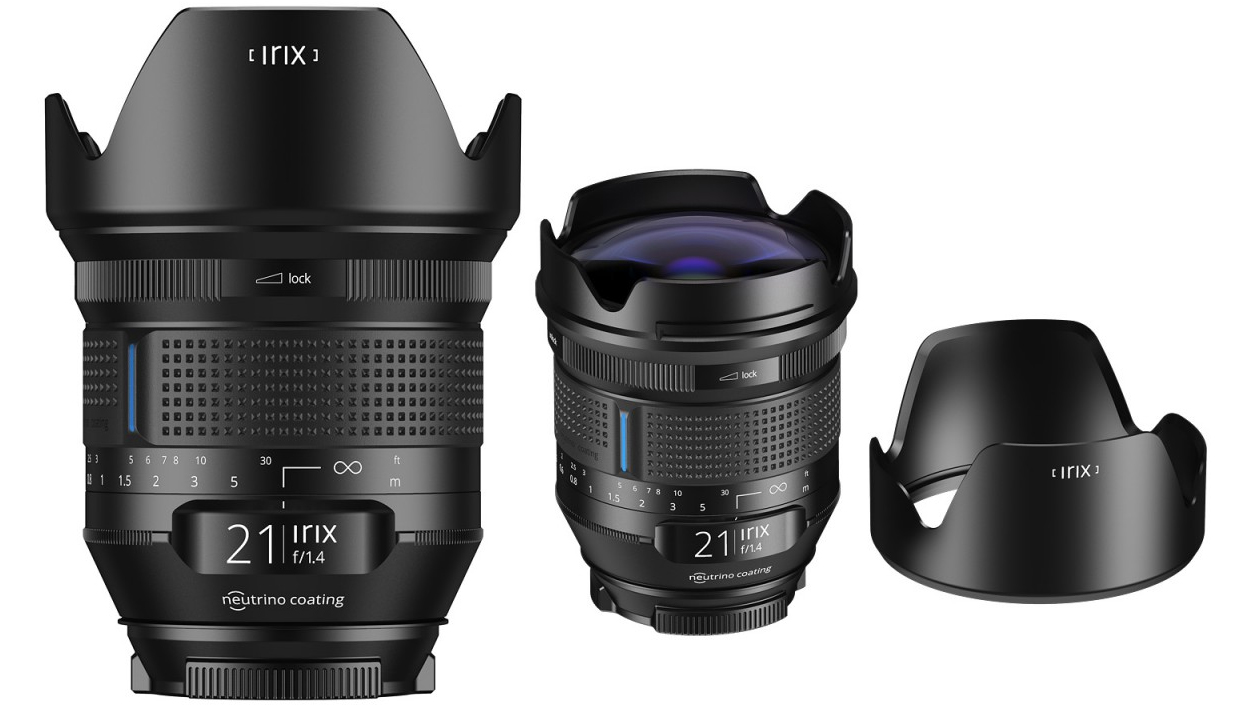 Well, I didn’t think we’d have to wait long after January’s Irix Cine 21mm T1.5 lens announcement before we’d see its photography counterpart, the Irix 21mm f/1.4. Now, the company has officially announced the new lens for Nikon F, Canon EF and Pentax K DSLR mounts. As with all of the Irix lenses, the optical makeup is identical to that of the cine version, although its exterior housing is quite different.

Like the T1.5 cine version, the f/1.4 variant is also a manual focus lens, in line with the rest of the Irix lineup, containing 15 elements in 11 groups with four ultra-low dispersion elements, four high reflectance elements and two aspherical elements. Irix says that the optical construction minimises distortion as well as coma, for you astrophotography types.

The lens offers a fast f/1.4 aperture that can stop down to f/16, and as part of the Irix Dragonfly range of lenses offers reinforced internal structure made mostly of metal, a scratch-resistant finish, an “anti-skid” focus ring and engraved markings with UV-reactant paint to help you see them more easily in the dark. Despite being a manual lens, it does have some electronic capability in order to pass along EXIF data to the camera you’re using so that it knows what you’ve got mounted to it.

Electronic communication also allows for aperture control via the camera. As such, it has no dedicated aperture ring, so if you were planning to get the F mount version of this to stick on your old FM2, you’re out of luck. But, you’ll get full aperture control with the command dials on all Nikon DSLRs or Nikon Z mount mirrorless cameras using the F to Z adapter. The lens is weather sealed to prevent the ingress of water and dirt into its interior and there’s a gasket around the mount to seal it tight to the body and eliminate potential light leaks. As with just about all Irix photography lenses, this one also comes supplied with a dedicated hard case for maximum protection during transport.

The Irix 21mm f/1.4 is available to buy now on the Irix website for around $900 in Nikon F, Canon EF and Pentax K mount options.

Butcher gets his powers in The Boys season 3 teaser trailer

One of the Most Versatile OM System Lenses Has a Rebate