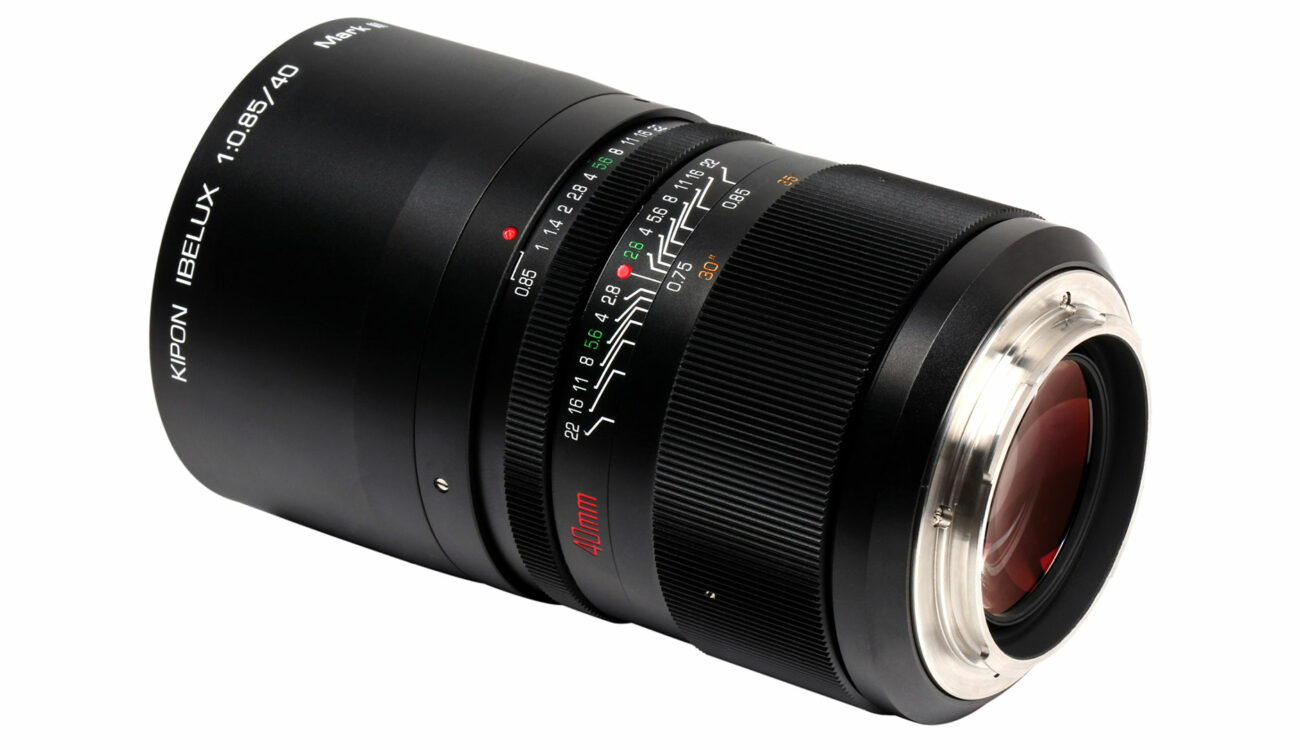 Kipon IBELUX 40mm f/0.85 is a very fast and fully manual prime lens that can cover APS-C sensors and features a close focus of 0.75m. Offering a long focus throw of 270° as well as a 67mm front filter thread, the lens is available in Canon RF, Nikon Z, Sony E, FUJIFILM X, MFT, and Leica L mounts for $1,780.

The Chinese company Kipon is known mostly for lens adapters, but now it seems they also launched an ultra-fast fully manual prime lens. It is not entirely new though. The first generation IBELUX 40mm f/0.85 lens was introduced back in 2013 under HandeVision. Now it seems Kipon owns the brand and technology as the Mark III of the lens comes out under their name. Let’s take a look at the features and specs of this ultra-fast glass.

Just like the first IBELUX nine years ago, the Mark III is also being advertised as the world’s fastest lens. The truth is that all the lenses that get under f/1 and cover at least APS-C (Super35) are impressive. The IBELUX features a 10-blade aperture that can open as wide as f/0.85 and close down to an f/22 when needed. While every aperture value produces usable images, as Kipon claims, the best optical results will be produced at f/5.6.

As Kipon claims, the optical design of the lens was made by the German company IBE Optics which also assembles the lenses and realizes the mass production. According to Kipon, the most notable improvement in the Mark III version of this lens is that the manufacturer solved the irregular light reflection/diffusion problem and notably improved the purple fringe when shooting wide open directly into the strong light source.

The Kipon IBELUX produces an image diameter of 28.4mm which should cover most APS-C sensors. For example, RED KOMODO, however, features a slightly above-Super35 sensor with a size of 27.03 x 14.26 mm (Diagonal: 30.56mm), so it seems the IBELUX will not fully cover it and there will be some vignetting visible in the image. The full-frame focal equivalent is somewhere around 60 and 64mm depending on the exact sensor size and crop factor. The angle of view of the lens is 41.3° (diagonally).

Optically, the lens consists of 10 elements in 8 groups. The Mark III lens features new coatings that suppress flares and resolve details better, according to Kipon. The IBELUX 40mm can focus from 0.75m and it features the largest reproduction ratio of 1:20.

Since the IBELUX 40mm lens features a fully manual design, the focus ring has a long 270° rotation (focus throw) which should help with precise manual focusing. The lens body is constructed of an aluminum outer barrel, brass core, and a stainless steel mount. There is also a 67mm front filter thread. The lens is 128mm long and has a diameter of 74mm. The weight is 1150g, so this definitely is a rather heavy lens, but that can be expected from such a fast glass.

Do you like working with fast manual prime lenses? Have you tried shooting with the previous versions of the IBELUX 40mm f/0.85? What do you think about the new Mark III version? Let us know your thoughts in the comments section below.