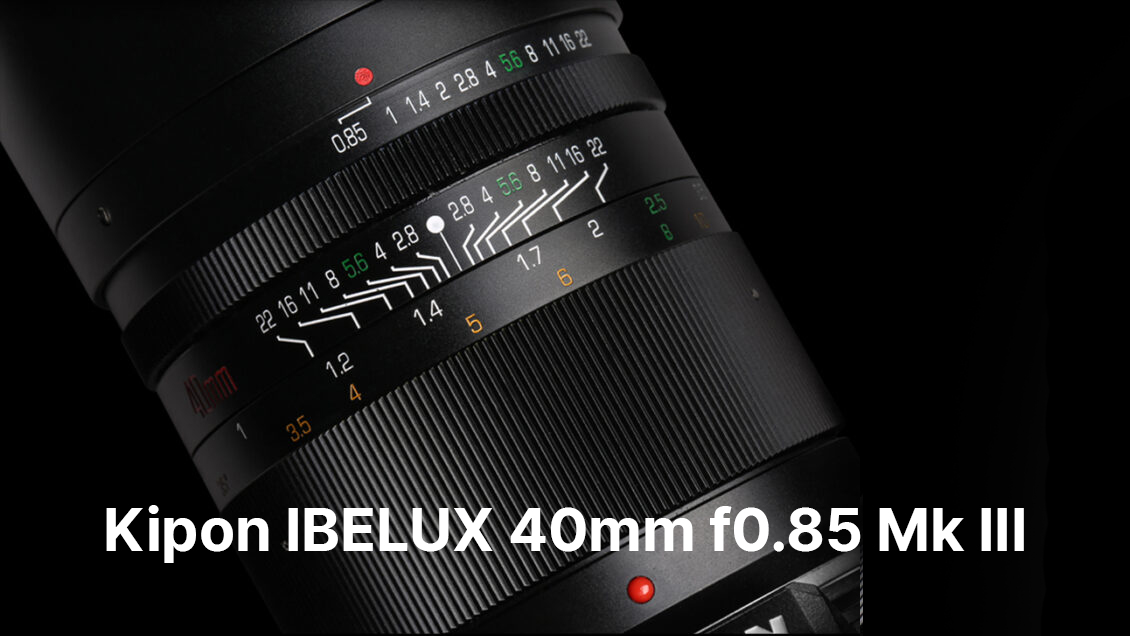 If you’re into ultra-fast, unordinary lenses, Kipon has something that might have you interested.  The company has just announced IBELUX 40mm/f0.85 Mark III, the third generation of its fast prime lens for APS-C cameras. You can get it in seven different mounts, and Kipon also promises some improvements over the old models. So, let’s see what you can expect.

The Kipon IBELUX 40mm/f0.85 Mark III is built of 10 lens elements in 8 groups, so it’s a little bulky and heavy (1.2 kg/2.4 lbs). Still, it’s a specialized lens that will give you a soft, creamy bokeh when wide open. Of course, due to its f/0.85 brightest aperture, it should be perfect for low-light conditions. Although, you need to be really precise with manual focusing since this is the only option when using this lens.

As I mentioned, there are some improvements compared to the Kipon IBELUX 40mm/f0.85 Mark II. The company promises that they’ve resolved the light reflection and diffusion problem, as well as the purple fringe that appears when the aperture is fully opened directly facing the light source. The new model also has new exterior and interior coatings, so flaring has been greatly reduced as well.

Here are the specs:

The Kipon IBELUX 40mm/f0.85 Mark III was made in seven mounts: Canon EOS R, Nikon Z, Canon EOS M, Micro Four Thirds, Leica L, Fuji X, and Sony E. The price of each is $1,780, but you can get some good discounts if you own any of the previous models. In that case, you can trade in the old one and get the price reduced by $500-$800, depending on the condition of your old lens. In this case, you need to buy the lens directly from Kipon’s online store. That’s the only way to be eligible for the discount, and you can see more here.

36h left to preorder the world’s most compact Trexo Slider

The Canon Prime Lenses That Need to Come to Market