Kodak Deletes Instagram Photo After Pushback and Outrage in China 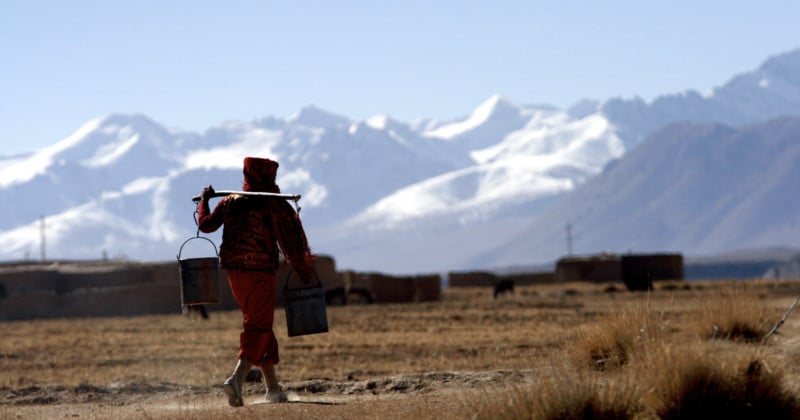 Kodak has deleted a photo from its official Instagram account after its content upset Chinese netizens. The photos were of the Xinjiang Uyghur Autonomous Region and the linked photographer’s personal account contains language that mentions the mass detentions of the Uyghur people there.

The photo in question is by Patrick Wack, a French photographer who recently announced pre-sales for his book titled “DUST,” a documentary project that was shot in the areas of Central Asia known as East Turkistan or “Xinjiang Uyghur Autonomous Region” under the current Chinese administration. One of the photos from this project was shared on Kodak’s official Instagram, and Chinese netizens noticed that after navigating to Wack’s personal Instagram, the photos were accompanied by a description of the project that they took issue with.

“In recent years, the region has been at the center of an international outcry following the mass incarceration of its Uyghur population and other Muslim minorities,” a caption on Instagram for a promotion of his book reads. “This body of work captures a visual narrative of the region and is a testimony to its abrupt descent into an Orwellian dystopia.”

“In 2016 and 2017, Wack spent more than two months in Xinjiang photographing Out West, his first long-term project about the region. He decided to return in 2018, upon reading reports of the mass arbitrary detention system being set up there. In 2019, he traveled to Xinjiang on two separate occasions for another project, The Night Is Thick. This second reportage aimed at documenting life under acute repression among the Uyghur minority alongside the disturbing simultaneous increase of Han-Chinese tourism in the region.”

The offending quotes include the “mass arbitrary detention system being set up in the region,” and the “testimony to its [Xinjiang’s] abrupt descent into an Orwellian dystopia.”

Wack currently lives in Shanghai, and according to the Global Times, his work historically has not received much attention. That changed when Kodak shared one of his photos of East Turkistan and his posts have since leaped in popularity, seeing tens of thousands of likes.

While Global Times writes that the offending caption accompanied the post on Kodak’s Instagram, how the company historically shares photos makes that unlikely. Previous images on Kodak’s timeline only share the photographer’s username as well as the Kodak product used to create the image. What is more likely is that Kodak shared the image, linked to Wack’s Instagram, and the caption could be easily seen there by those who navigated to Wack’s profile.

It should be noted that Global Times is described as a “daily tabloid newspaper under the Chinese Community Party,” and as such its report of the incident leans heavily towards the Party’s reaction to how his photos have been received:

In the face of this anti-China slander, China should know how to deal with it, how to fight back public opinion, and how to guide and transform them. These are the challenges the country may often encounter in the future.

For Kodak, it is better for the company to realize that there are numerous photographers and vloggers in China who use Kodak products to create works that reflect life in Xinjiang, and who know more about Xinjiang than Wack. If Kodak really cares about Xinjiang, why it is not promoting works by Chinese photographers to netizens worldwide?

Kodak appears to, at least to some degree, agree with this sentiment, as it has deleted the photo and apologized for its publication. The company issued the following statement:

Content from the photographer Patrick Wack was recently posted on this Instagram page. The content of the post was provided by the photographer and was not authored by Kodak. Kodak’s Instagram page is intended to enable creativity by providing a platform for promoting the medium of film. It is not intended to be a platform for political commentary. The views expressed by Mr. Wack do not represent those of Kodak and are not endorsed by Kodak. We apologize for any misunderstanding or offense the post may have caused.

This incident that involved mass outcry from Chinese netizens is the second involving a major camera industry company in the last month. In early July, Sony had an event scheduled for a date that angered the Chinese: it was the 84th anniversary of Japan’s invasion of China that sparked the Sino-Japanese War and World War Two in Asia. Sony hastily canceled the launch event and apologized.

Image credits: Header photo of a woman in East Turkistan licensed via Depositphotos.

How To Buy A PS5 Or Xbox Series X/S

If you’ve missed travelling, check out this Hyperlapse around Singapore