List of Xiaomi, Redmi, Poco and Black Shark devices that will update to Android 12


Despite the fact that Google has already announced Android 12, the stable build will not appear until August. But this does not mean at all that after that we will see a massive transition of devices to the new version of the green robot. Manufacturers need time to optimize their user interfaces, test and debug. The same work is to be done by Xiaomi developers.

As a rule, Xiaomi is not very quick in updating its devices to the current version of Android, so there is no need to wait for updates to come out as soon as possible. But it would be nice to know what smartphones can count on Android 12. Let’s talk about it.

Xiaomi itself has not yet published a list of those who will be upgraded to Android. Xiaomiui twitter account comes to the rescue, having laid out a list of such devices. It was compiled on the basis of the information that was obtained from sources inside Xiaomi and from the MIUI developers.

The list makes it clear that Android 12 will arrive to all the flagship Mi series of 2020 and 2021, the Redmi Note 9, Redmi Note 10, Redmi 10, Redmi K30 and Redmi K40 lines, the third and fourth generation Black Shark gaming lineup, as well as Poco sub-brand models (Poco F3).

List of Xiaomi and Redmi devices that will receive Android 12 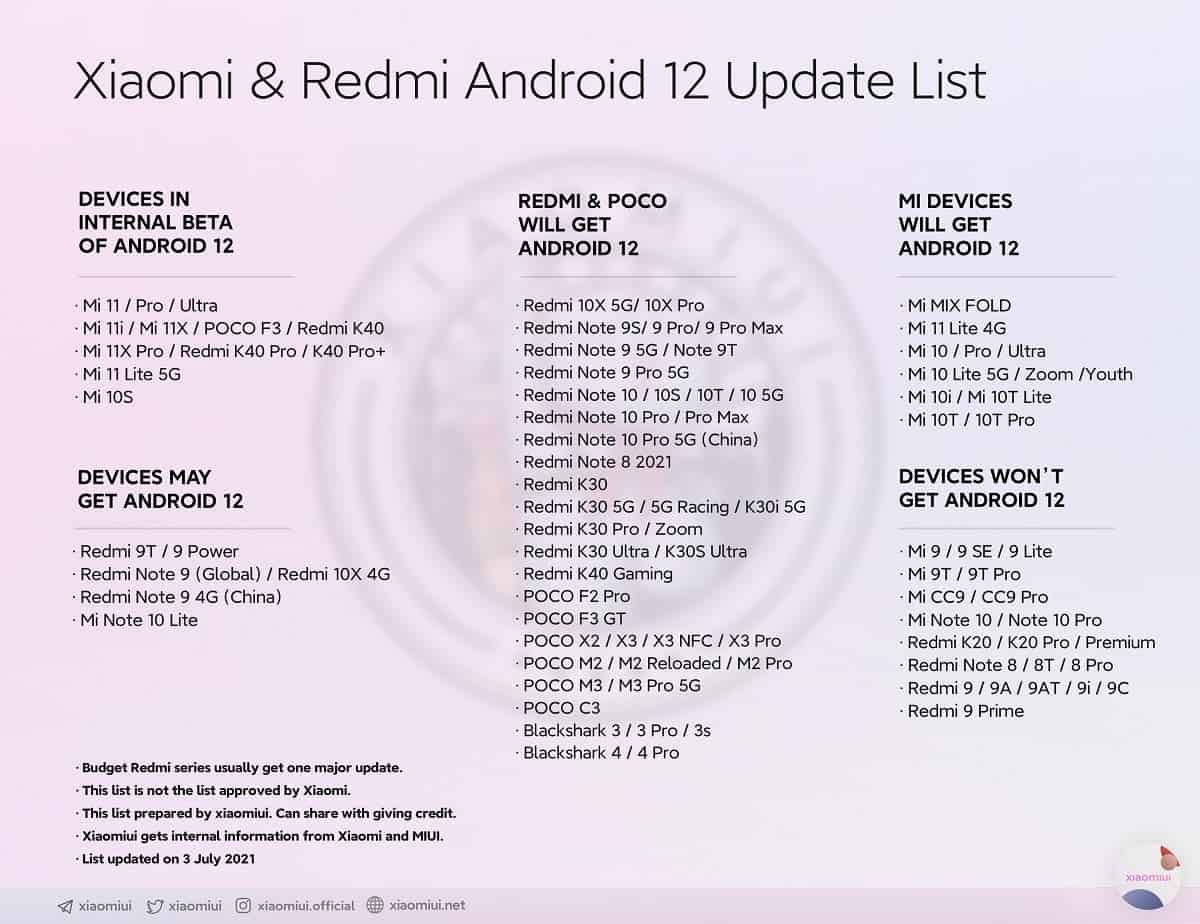 below are Xiaomi devices (Mi and Redmi) we think are guaranteed an upgrade to Android 12 update officially:

Redmi smartphones that may not get their second firmware update: