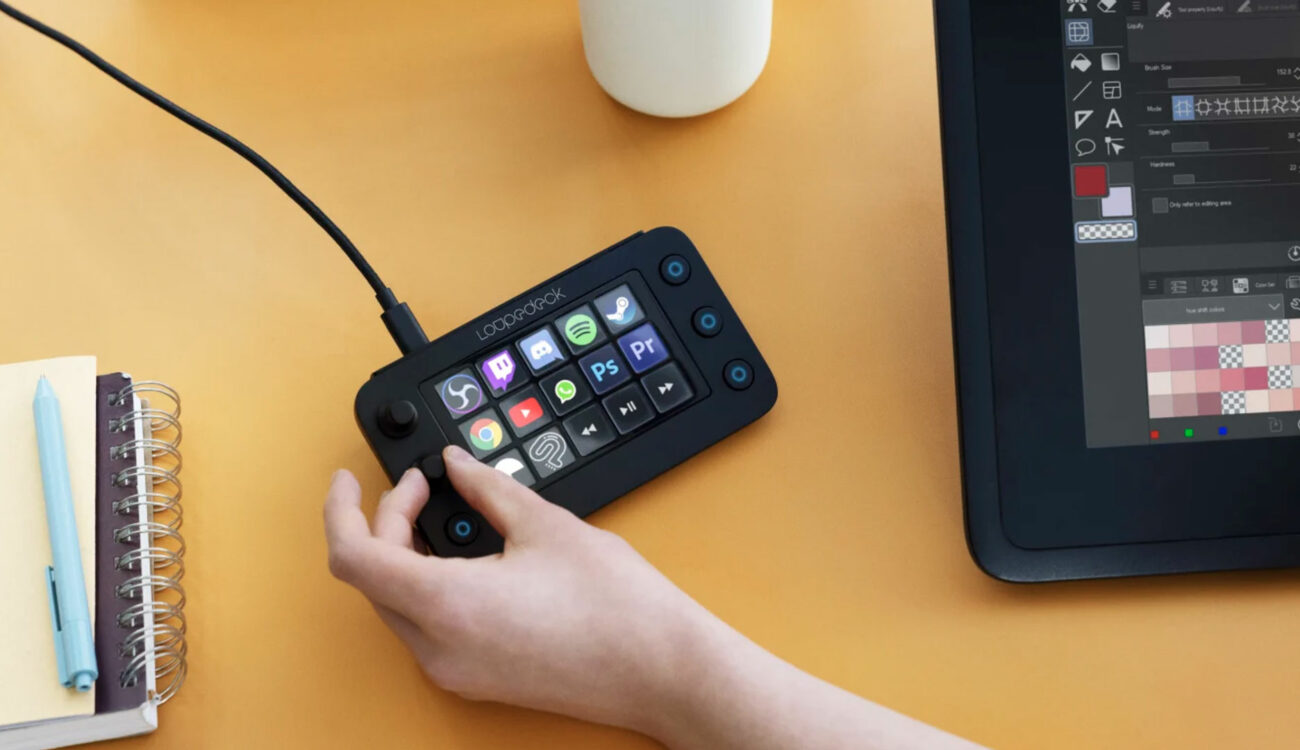 Finish manufacturer Loupedeck first hit the market in 2016 with its crowdfunding campaign for the Loupedeck+ we already reviewed. Later, they launched the fully-featured Loupedeck CT controller, and the Loupedeck Live last year – their first step into the streaming market.

The company is back on Indiegogo with the Loupedeck S, a pocket version of its bigger brother.

The Loupedeck Live S comes with a small removable stand that allows you to put the 15 touch-sensitive buttons, the four tactile RGB buttons, and the two tactile dials at the desired angle.

All the buttons and dials are user-assignable via the macOS/Windows Loupedeck v5.0 software. Also, you can create multiple “pages” for the main buttons. Depending on the software you’re using, you have to swipe on the buttons to the left/right to change pages.

For filmmakers, the Live S is compatible with most Adobe photo/video editing tools, including Premiere Pro, After Effects, Photoshop, Lightroom, etc. Also, you can use it with Final Cut Pro, Capture One, and most Streaming tools like OBS Studio, vMix, and Twitch.

Don’t worry about other software pieces; you can create personalized macro/shortcuts to get the job done faster.

The Loupedeck Live S is available for pre-order now on Indiegogo, starting at €119/$119 instead of €179/$179 for the official retail price. In the box, you’ll find the controller, a 2m USB-C cable with C to A adapter, and the 35° detachable stand.

At the end of every crowdfunding-related article, we remind you to please be aware of the risks when backing a project on a crowdfunding platform. Please read the platform’s terms of use and remember that there can be significant delays when delivering the product. Some projects even don’t get delivered at all.

What do you think about this tiny control surface? Do you often use controllers to help you edit faster? What is your go-to controller? Don’t hesitate to let us know in the comments down below!