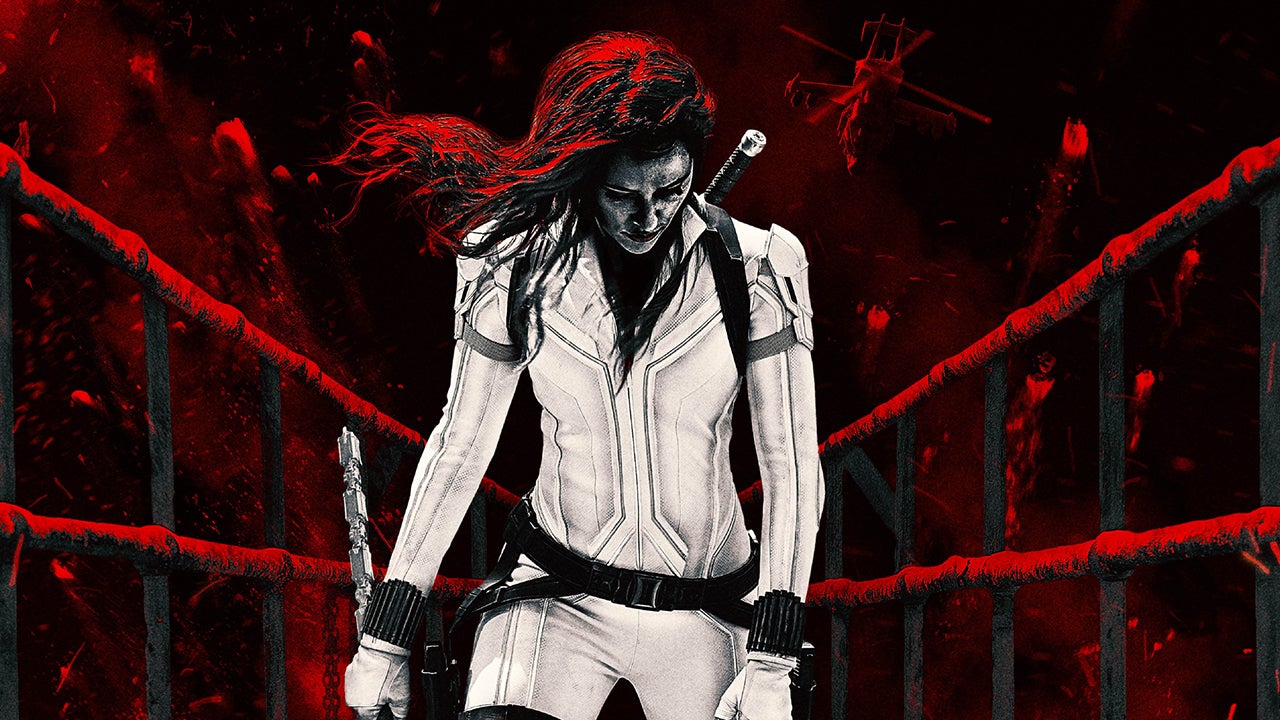 Black Widow launches simultaneously in theaters and on Disney+ with Premier Access in most Disney+ markets on July 9, 2021.

Black Widow is a thrilling, though heavy-handed, espionage take on Marvel’s standard fare that adds tragic depth to Natasha Romanoff’s superhero story. Of the core Avengers team, Black Widow’s past has always remained the most shrouded in mystery. A trained Russian assassin decked out in black tactical wear and an ever-changing range of hairstyles, Natasha Romanoff easily shrugged out of one identity and into her next, wrangling with a guilty conscience over her past lives. With Black Widow, Marvel is finally digging into that mysterious past, giving the original Avengers team’s only woman far overdue time in the limelight.

The film is set between Captain America: Civil War and Avengers: Infinity Wars, when the Sokovia Accords forced the team to split up and reassess, though viewers know the team reunited (with Natasha remaining a steadfast member). Black Widow bridges the gap between a more mercenary Natasha, and the woman who threw herself off of a cliff so Hawkeye could survive — introducing us to her “family,” following her mission to destroy the “Red Room” where Black Widows are trained and making it clear she always had qualms about being a trained killer. After all, she never had a choice.

The film is, in a word, ambitious. It’s a superhero flick but also an espionage action-thriller, a dysfunctional family drama, a send-off, and overwhelmingly, a film about recovering from abuse. Much of it doesn’t feel like a Marvel film at all, thanks to the darker tone used to tell the story of a Russian program that kidnaps young girls and trains them to become assassins. There isn’t a catalyzing event that gave Natasha superpowers — no radioactive spider bite or gamma bomb. And Natasha already defected to S.H.I.E.L.D., though viewers will get clarity on why she joined in the first place. The film centers on affirming why she continues on the path of heroism, beyond just escaping the confines of her past life. Though it resolves on a hopeful note, it leaves an aftertaste of intense tragedy for one of Marvel’s original Avengers.

Black Widow benefits from a post-Endgame era that has unshackled the Marvel Cinematic Universe from its own precise format, if mostly on Disney+. With WandaVision playing with the sitcom form and Loki serving high-concept science fiction, it feels natural for Black Widow to be styled like a James Bond espionage thriller, complete with a broody title sequence. The film flits between international locales, motorcycle chases, rescue missions, and fight scenes in close quarters that have a real sense of urgency and mortality. It’s a nice dial back from Marvel films whose heroes can feel immortal, threatened only by a villain like Thanos and the power of the Infinity Stones.

Natasha isn’t superhuman but rather the most “optimized” version of a human, and when she takes a punch it looks like it hurts like hell. When she fights with Taskmaster — who does feel superhuman thanks to their fight style based in mimicry — there’s a sense of real danger. (Part of the fun is recognizing which Avenger that Taskmaster is emulating, from Captain America’s shield to T’Challa’s arm-crossing stance.) The result is a rare Marvel film that feels satisfyingly street level, in a Jessica Jones kind of way, while still playing with scale and classic superhero elements. The fabric of the universe doesn’t bend and time doesn’t shift, but the film is plied with pseudoscientific, futuristic technology befitting a spy-tinged Marvel world.

Black Widow is strongest when its leads, Natasha and little sister Yelena Belova, are fighting, whether against one another or working together. Florence Pugh does excellent work as Yelena, who is also a Black Widow. Her deadpan is pitch-perfect, coaxing humor out of a traditionally stoic Scarlett Johansson. Where Natasha has coped by turning cold, Yelena has coped with humor—and she pokes fun at Natasha’s Black Widow crouch, complete with the hair flip, adding much-needed levity. It’s also thrilling to see a classic genre populated by more women fighters, a rare treat to see Pugh haphazardly operating a helicopter as Johansson parkours her way on foot. Rachel Weisz rounds out the trio, as the brains of the operation.

For all of its inventive action pyrotechnics, Black Widow does eventually land in territory that feels more in line with the MCU. It chugs through scenes that affirm Marvel’s traditional sense of found family: the idea that family is whoever you decide to fight for, and a hero is someone willing to defend even those outside of it. Natasha’s “found family” of Avengers is contrasted with her dysfunctional planted childhood “family” of Russian spies. David Harbour and Rachel Weisz’s performances of reluctant parents ground the drama in surprisingly relatable emotions — particularly Harbour’s obsession with the halcyon days of his career as the Soviet super-soldier Red Guardian, and the sacrifice required in parenting. But Taskmaster fights for relevance, as the film dwells on family baggage, slowing down as it climbs up to its final confrontation between Natasha and her target: the man behind the Black Widow program.

Black Widow also repeats some of Marvel’s tiresome trends with women superheroes and their heavy-handed, cheesy empowerment messages. Consider Captain Marvel’s montages of falling and getting back up again and the final comeuppance with mentor Yon-Rogg — a cringey scene following a show of power where Captain Marvel literally dismembers a spaceship by flying through it. Meanwhile, the MCU’s women tend to have traumatic stories explicitly tied to powerful, abusive men. Think Nebula and Gamora, adopted daughters of Thanos, who endured physical and psychological torture, with Nebula being repeatedly disassembled, and Thanos sacrificing Gamora for the Soul Stone.

Despite Black Widow’s self-serious tone, epic fights are still bookended with very literal visuals of solidarity. The film lands on a darker Bond-like version of resilience, with Black Widow’s pain tolerance and endurance of suffering as a source of strength. But unlike Bond, a star of a franchise more than 20 movies strong, Black Widow is a long-time ensemble member. Her film centers on surviving trauma and confronting her abuser — a man who is not quite over-the-top evil as Thanos, but still refers to young girls as the world’s most overabundant “resource.” In this context, deriving strength from enduring suffering feels as slimy as it does tragic, a nail in the coffin to Marvel’s handling of women superheroes.

While Black Widow eulogizes Natasha Romanoff as a formidable, tough-as-hell hero with the clearest heart, it also intensifies Endgame’s poor handling of her send-off, and the unbalanced level of respect given her male peers. Think of it this way: Iron Man’s sacrifice was honored with a big memorial. Captain America retired and even reunited with Peggy Carter before returning home, an old man. Natasha Romanoff endured years of abuse, and risked life and limb after escaping, before sacrificing herself for a friend. She still deserves a real memorial.

4 Ways to Get Instant Full Screen Playback in Premiere Pro

The best multiplayer games to play on the same device

Oh No Oh No

How Smash Bros. introduced me to my favorite games – Destructoid