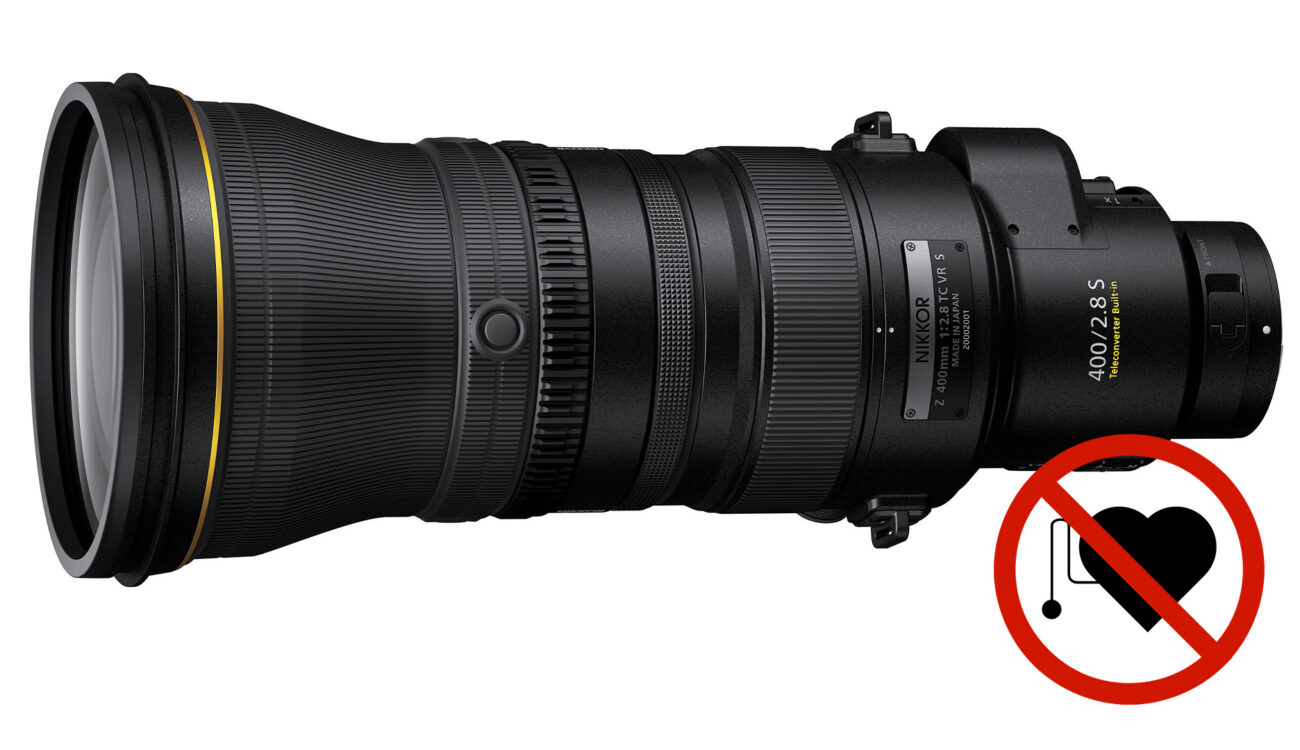 Nikon’s new NIKKOR Z 400mm f/2.8 TC VR S lens includes a warning in the user manual that says that the magnets in the lens could cause medical devices to malfunction. It is therefore not recommended to use the lens if you have a pacemaker or another medical device.

At the end of January 2022, Nikon released a new high-end telephoto prime lens for the mirrorless Z system – NIKKOR Z 400mm f/2.8 TC VR S. The lens has a built-in 1.4x teleconverter, a robust Silky Swift VCM autofocus system, and a built-in filter slot. However, according to the user manual, its internal mechanism might cause issues for users with medical devices.

With its specs and features, this huge lens is clearly mainly aimed at professional wildlife and sports photographers. The hefty $14,000 price tag, however, is not the only eyebrow-lifting fact about the lens. Nikon rumors found a sentence in the lens manual that includes a warning for people who have a pacemaker or another medical device. Nikon warns that the magnet (or magnets) in the lens could cause medical devices to malfunction.

As far as I know, such warnings can be found in manuals of many other electronic devices such as mobile phones, cameras, smartwatches, and so on. With lenses, it is quite unique to see a warning of this kind. I don’t know if Nikon used some kind of magnets that are much stronger than what can usually be found in electronic devices or what exactly is the reason behind it.

Even though this NIKKOR Z 400mm f/2.8 lens warning is making rounds on the internet these days, I don’t see it as anything extraordinary. For instance, I can’t imagine carrying an iPhone with its strong MagSafe magnets in the chest pocket to be really suitable for people with pacemakers either. What do you think?

If you have a pacemaker, do you have to pay special attention when handling certain electronic devices? Let us know your thoughts in the comments section underneath the article.

10 Best Photography Books You Should Read in 2022

Are you immortalized on Street View? It’s easy to find out