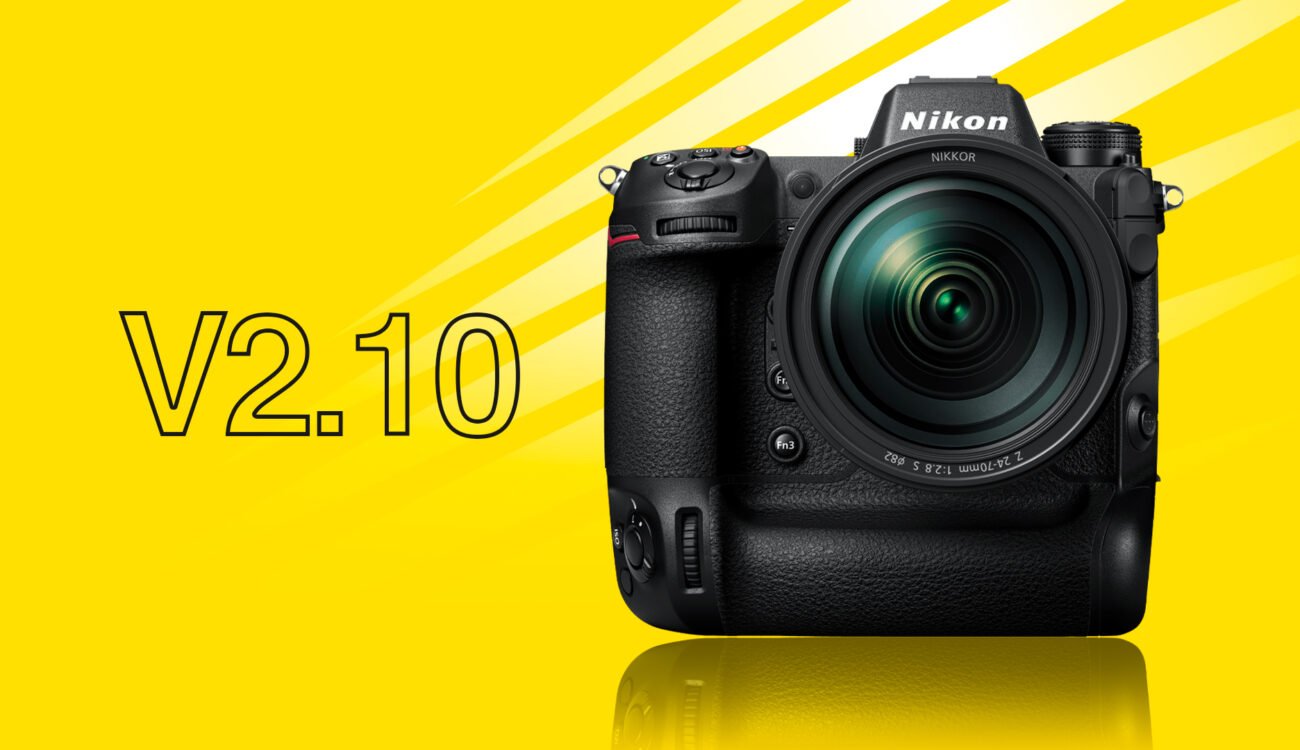 Nikon has recently released firmware V2.10 for its flagship mirrorless camera, the Nikon Z 9. Despite RED’s lawsuit over RAW patents, the camera maintains the ability to shoot N-RAW and ProRes RAW HQ internally, while getting AF improvements and a new High-Frequency Flicker Reduction function in photo mode. The update is now available to download for free.

Released in October last year, the Nikon Z 9 is the company’s flagship mirrorless model. I recently had the opportunity to shoot with it and I can confidently say that it sits among the best hybrid stills/video cameras on the market. In case you missed it, make sure to check out our initial review and lab test.

Back in April, the camera got a boost with the long-anticipated firmware version 2.00, which added internal 12-bit RAW and ProRes RAW recording capabilities. However, the party was ruined a month later, when RED took legal action against Nikon over their infamous RAW patent. Despite the dispute still going on, the Japanese company has rolled out firmware V2.10. For now, it looks like in-camera RAW is here to stay. So let’s take a closer look at what’s new.

The new Nikon Z 9 firmware V2.10 brings a couple of new features, along with bug fixes and general stability improvements. Although this looks like a minor update, the biggest news is that the company hasn’t removed the internal RAW video formats, as some users initially feared. Indeed, firmware V2.10 still allows for in-camera N-RAW recording at up to 8.3K60 and ProRes RAW HQ up to 4.1K60.

From the release notes, we get to know that the autofocus system has been improved and the Z 9 should now be able to track small subjects with increased precision. Also, eye/face detection for people tracking with Continuous-AF should provide more accurate results.

The new Nikon Z 9 firmware V2.10 is now available to download from the manufacturer’s Download Center. The update is free of charge for all users and should take approximately 6 minutes to complete. The Nikon Z 9 body currently retails for $5,496.95.

Have you shot in N-RAW or ProRes RAW with the Nikon Z 9 yet? How do you like shooting with these RAW formats? Share your experience in the comments below!

Photographer Documents All 12,795 Items That She Owns

Both Sides of the Blade review: Claire Denis’s new enigma