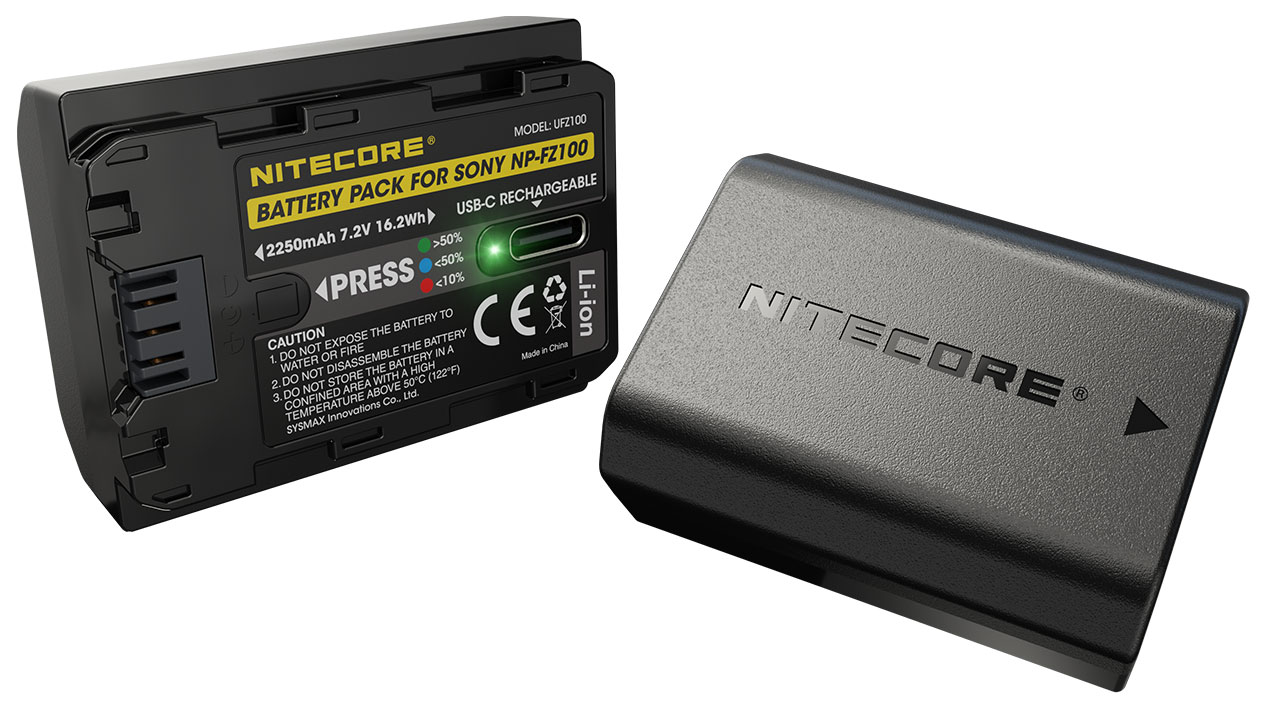 How many times have you gone to look for a battery charger and it’s just nowhere to be found? I know I sure have. I seem to have about five different chargers at the moment between different Nikon and Panasonic cameras for different batteries and I always seem to be able to find all the chargers except the one I need at that very minute!

Well, Nitecore wants to solve that problem, at least for shooters, with their new Nitecore UFZ100 battery (their alternative to the Sony NPFZ100) which features a built-in Type-C USB socket so you don’t need a dedicated battery charger. You just plug it into your regular USB charger or a power bank and you can go from flat to full with just a Type-C USB cable.

The Nitecore UFZ100 is 2,250mAh and charges up in about four hours over USB. It has a status LED on the battery so you can quickly check the charge level. If it’s over 50% then it’s green, if it’s between 10-50% then it’s blue and if it’s below 10% and desperate for a charge, it’s red. Hypothetically, it should be compatible with everything that the original Sony NPFZ100 battery’s compatible with, although Nitecore specifically lists A1, A7 III, A7 IV, A7R III, A7R IV, A7S III, FX3, A9, A9 II, A6600 and A7C, and refers you to check the compatibility charge for the original Sony battery for more.

It also seems that the battery power remaining display in the camera itself should still be accurate, too. It features built-in balance charging allows it to charge up each cell individually as needed to maintain consistent voltage and charge between the two and maximise the life of the battery. and it has overcharge, over-discharge, overvoltage, overcurrent and short-circuit protection, too. All in all, it sounds pretty decent – depending on how much they’ll cost.

And on that score, there’s no word yet on what the price will be for the new Nitecore UFZ100 batteries, nor when they’ll be released. But, I do know a lot of Sony shooters who’d be very interested in finding out! For now, you can find out more on the Nitecore website.

Hopefully, if it proves popular, they’ll start expanding the USB charging idea to other battery systems, too, and I finally can ditch my array of Nikon and Panasonic chargers!

The Best Fujifilm Lenses for Those Who Love Primes