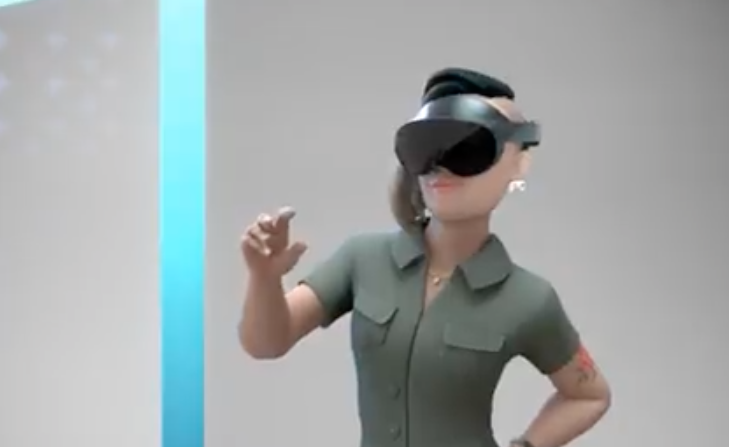 Indeed, the leak of what could be a new Oculus Quest Pro, the rumoured successor to the Oculus Quest 2, might actually result in people saying some nice things about Facebook for a change!

What appear to be leaked marketing videos, that were downloaded directly from Oculus.com, show an animated visualisation of a redesigned headset that looks slightly less imposing, with a battery section around the back and no overhead strap to hold everything in place.

It also appears there are new onboard cameras for full-body tracking. That plays out within the videos showing the avatars’ lower bodies moving. There’s also a new charging dock featured in the video, as well as what appears to be some revised controllers with no halo ring and the addition of cameras.

Within the videos, you can see Oculus avatars scrolling through potential looks, working within a virtual environment and playing the popular Beat Saber game.

It’s possible that Facebook plans to launch this product as soon as this week at the Oculus Connect event on October 28. It’s not clear whether it will have additional processing power or battery life, but we’d assume there are some boosts here. The word Pro also suggests that this may be a more expensive model, compared to the sub-£300 Quest 2.

Earlier this month, Andrew Bosworth of the Facebook Reality Labs, teased the addition of a new device in the range. ‘Boz’ posted an image of of himself wearing a prototype headset that’s reminiscent of the one spied in the leaked materials. Whether that’ll turn out to be the case remains to be seen.

What would you like to see from a next-generation Oculus headset? Let us know @trustedreviews on Twitter.

Guardians of the Galaxy beginner’s guide, tips, and tricks