Photographing Russian Ballet on the Eve of the Invasion of Ukraine 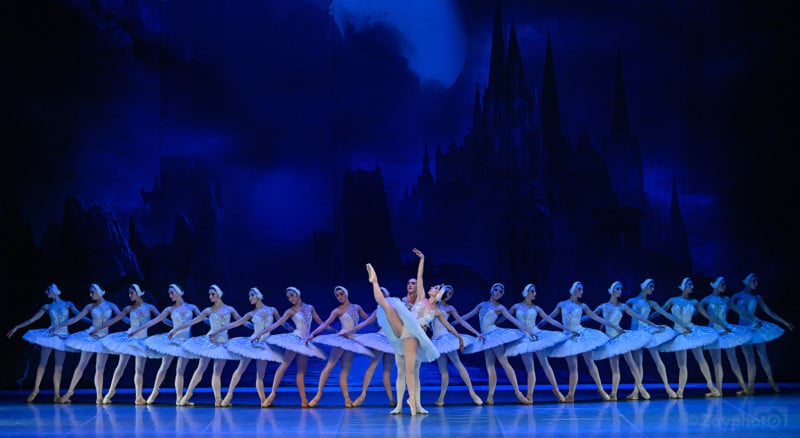 In the mid-1980s, I started to photograph musicians, conductors, and dance performances in Budapest, Hungary where I was born and grew up.

Being a Nikon shooter for 40 years and recently changing over from D5 to Z9, I see all the photos posted about birds and eye focus and such. In the “Zednine” world there’s a lot of energy now about the new and improved focusing system, about eye focus, especially handy for birds.

During the first act I thought jokingly, I’m doing a different kind of ‘bird photography’ here, capturing this performance.

Kept pushing the captions in my mind that I could do, like “birds in flight”: 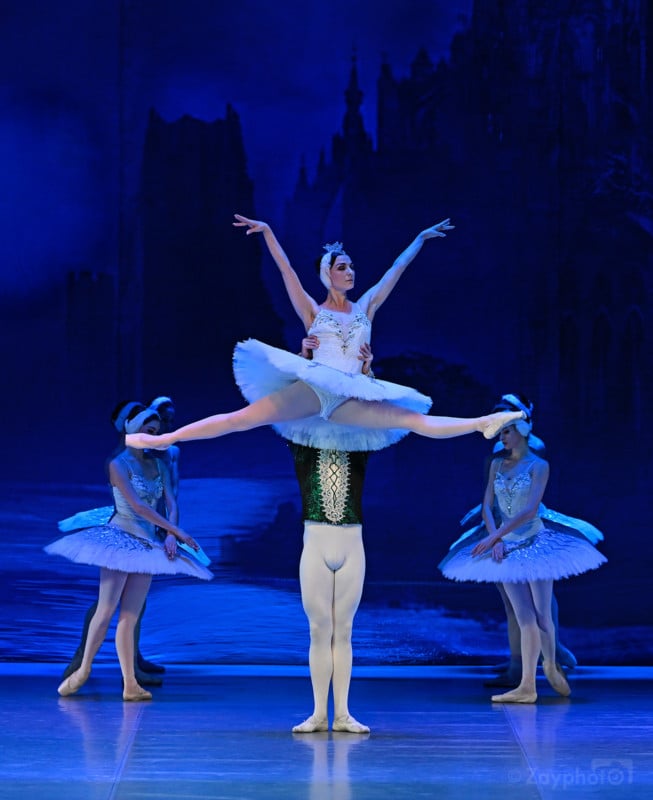 …or “Swan in foggy environment”: 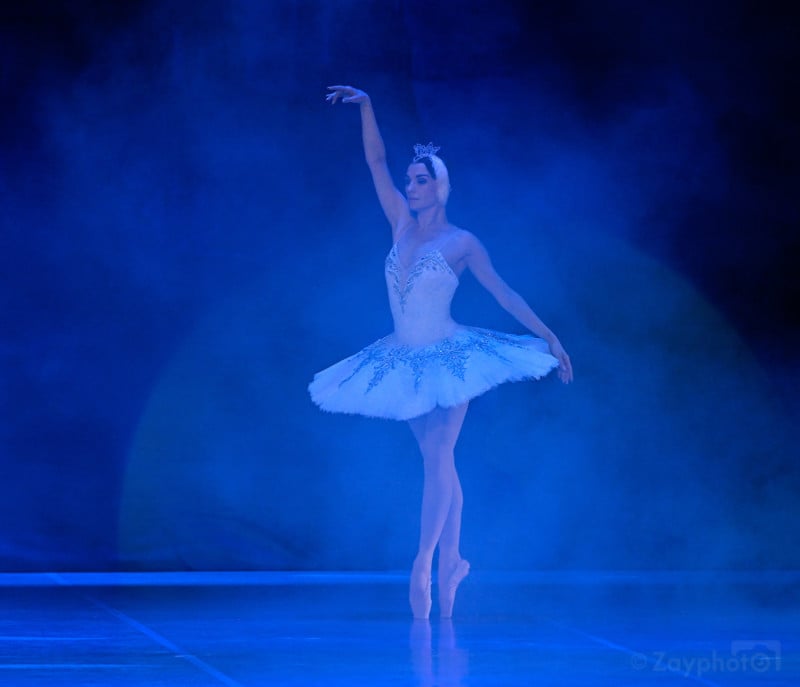 I thought I’d reach out to the Nikon Z9 community that I follow, just to add my angle (pun intended) to the posts titled birds.

I had 1,234 images to sort through and the task of editing the best ones that night. It wasn’t my first time out, or I should say in a theater; I shot two to three shows in the less than two month period since receiving the coveted Z9. It’s still exciting to think of unleashing the forty-some megapixels the first time I needed to switch to Silent Mode as I was shooting away a mere two feet from the closest audience member — previously I was attending dress rehearsals and kept a little shutter sound that I got used to through millions of clicks in my years with a camera.

In my imaginary post, I’d have mentioned the battery level after the 1,234 photos taken or how great the skin tones are even in JPEG, or that the dynamic range is noticeably improved coming from a D5 that followed a D4.

I wanted to write about the sharpness and detail that I was able to squeeze out of the new sensor. Being about a good 100 feet from the dancers, behind the last of 30 rows of seats of a 2500 seat auditorium, I was happy with image details like this: 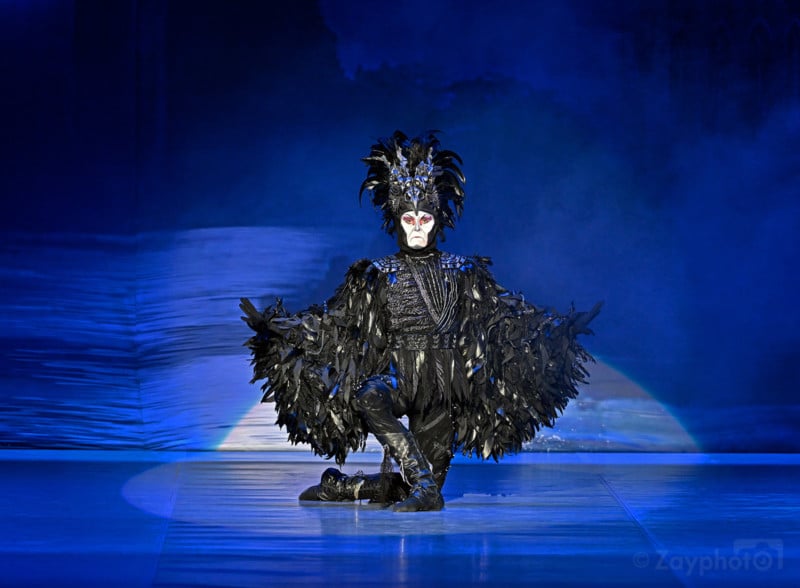 I was even happier with crops of the same, like this: 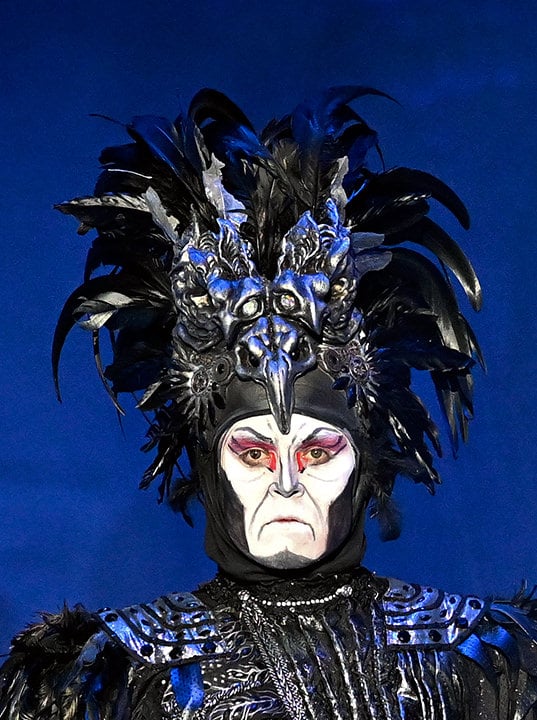 As I was editing until 2:30 am that night, I simultaneously listened to the news of the invasion that started 30 minutes after the show ended.

The fog suddenly wasn’t about the theatrical effect of Swan Lake anymore; I heard the saying “fog of war” in the overnight live television reporting. 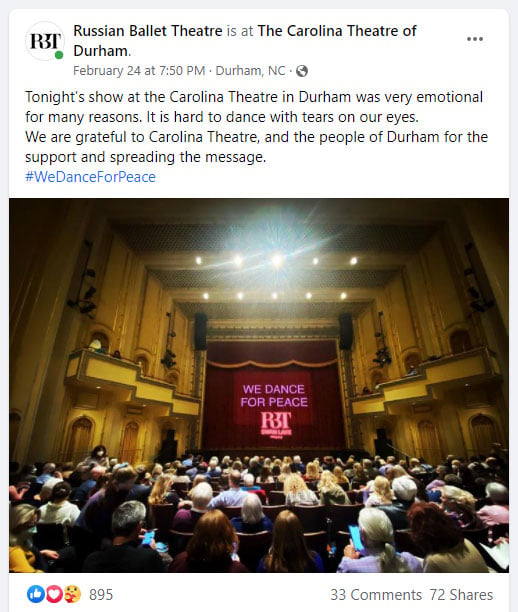 I hope the reader can connect with this moment of the performance:

I’m reminded of my parents’ stories of Budapest in 1956, where I was born ten years later. It is impossible for me not to see the similarities of “Október 23” of 1956 and the last two days. Russian tanks rolling into another country, changing so many lives.

My mother told us that on the night of October 23, 1956, of the Russian invasion of Hungary, the Hungarian Radio (television only started in 1957) played Beethoven’s Egmont Overture back to back overnight. It became the signature melody of the Hungarian Revolution.

Art and news, art and politics, art and life. Art IS life.

Everybody I knew and grew up with in Budapest had a different life as a result of 1956. 1956 Hungary is 2022 Ukraine. 66 years, two generations later, “history repeats itself” for other generations to come. I’m seeing the images of Ukrainian families fleeing to Poland just as Hungarians fled to Austria from October 23 until November 4 in 1956.

My past and heritage as well as my passion and profession keep colliding. It’s not about eye-detection autofocus of humans or birds anymore, it’s about the “human birds” on the stage and human lives on the world stage.

Art evokes, art transforms, art collides with life and affects how we perceive what’s happening around us (and even if halfway around the world, it’s not that far anymore).

Be it the angle of Japanese technical development, a Hungarian outlet reporting of a Russian group (full of Belarusian, Slovenian, Armenian, Polish, Kyrgyz, and Ukrainian dancers) performing in America, or a Hungarian American photographer’s thoughts: it is one connected, small world we’re living in and it’s time to start thinking that way.

The opinions expressed in this article are solely those of the author.

About the author: Peter Zay is a passionate, professional photographer based out of Charlotte, North Carolina, in the United States. He’s a member of the International Federation of Journalists since 1986 and a correspondent for the international press agencies Anadolu Agency and Getty Images. You can find more of his work on his website, Facebook, and Instagram.