Portrait Photography Challenge: Shoot with a Flashlight and Phone 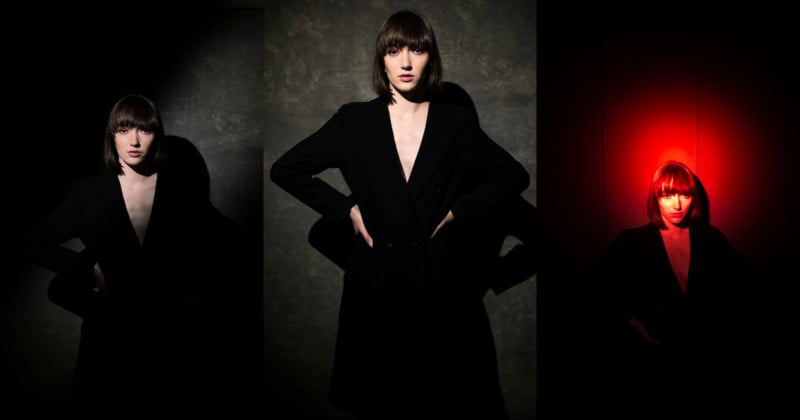 There can be a lot of gear-envy among photographers when they see others with tons of expensive camera gear, lighting equipment, and modifiers. It is also all too easy to say that you can’t be creative because you don’t have access to a particular light or piece of equipment.

Usually, however, that mindset is unrelated to gear and is in fact a justification to stay in the comfort zone. In the spirit of abandoning that comfort zone, I decided set out on a mission to try and capture some creative fashion images with just a flashlight and an iPhone.

Anything is a Light Source

It is fairly common to believe that in order to maximize the use of light photographers need dedicated strobes, and the more expensive those lights are the better the quality is.

I remember one photographer telling me that they use Profoto because the light coming out has a different quality compared to other strobes. When I looked up how much Profoto lights cost, I almost fell into a photographic depression thinking that I will never become a good photographer because I can’t afford the “magic” Profoto lights.

The truth is, saying a particular brand of light is special or better than another is incredibly ignorant. In fact, the light coming out of any source is essentially the exact same thing: a bunch of photons. Without getting into the physics argument behind what light is, let’s agree that the only thing a flash does is pump out a load of photons.

A flashlight can pump out some photons too.

With this in mind, I took a flashlight for a spin. If you’re interested my particular one was called BitLighter, a device designed for photography and video purposes, but you can use any flashlight with a light-focusing lens.

Why Flashlights Are a Neat Option 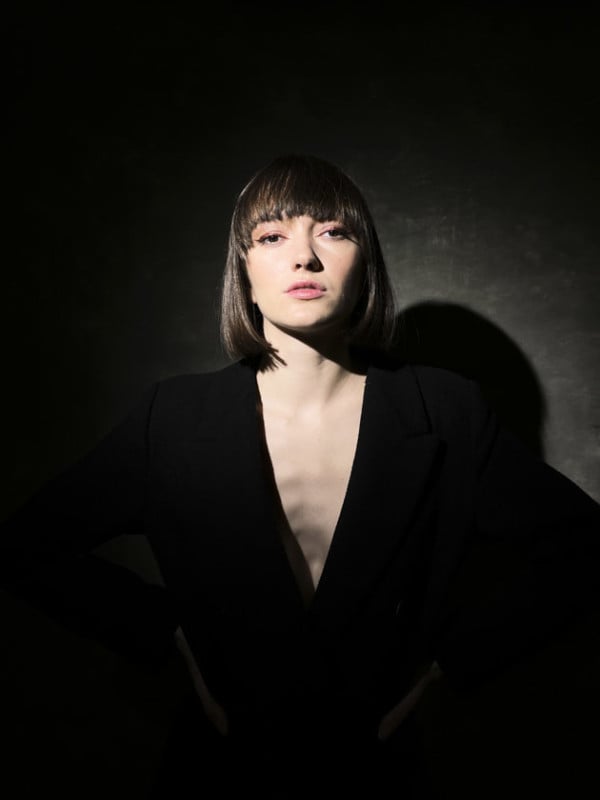 As you may or may not know, light behaves very differently when it is passed through glass lenses. Let me explain what I mean by this. Usually, when you shine a light through a softbox, you will have it fall off in an inverse square pattern. This isn’t exactly an accurate way to calculate light falloff.

We are used to the idea that in order to focus light we simply reduce light spread with grids. Grids are great, but they do “eat up” a lot of light. Depending on the grid angle, it can reduce the output by anything from 0.5 to 2 stops of light. Naturally, this can have a negative effect on the creative possibilities that are available.

There is a much more efficient way to focus light, and that is with optics. The physics behind optics and light is fairly complex, and to be honest I can’t say I’m an expert on every little detail there. But from my knowledge, optics can make light a lot more focused and increase the throw dramatically. If you have worked with optical snoots or Fresnels, you may have seen this in action. But both are rather expensive and can be hard to come by for some brands.

Thus, the much cheaper approach to getting optical light modifiers for your lights would be to consider flashlights. Most of them come with some sort of lens which allows the beam to be focused from flood to spot. Even if they don’t, they still will come with a lens that will focus the beam to make the light more efficient. 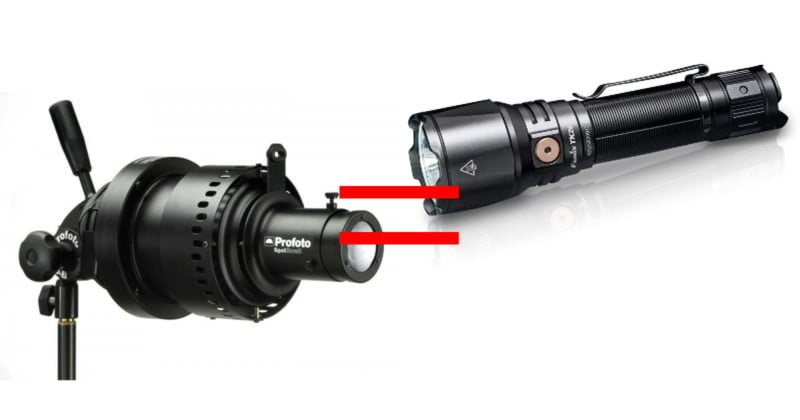 The reason I care so much about the focusing lens in flashlights is that it can actually be used to produce incredible light patterns. If you have explored using everyday objects as light modifiers, you may have discovered the joy of aluminum foil. While using grids can be one way to get beautiful reflections from foil, a much better way to get them is by using optically-focused light.

Since we’re working with direct reflections with aluminum foil in this particular case, we will want to maximize the amount of them in order to create our desired effect. That’s why a flashlight is ideal for this: it will direct the light forwards and make sure that a narrow, directed beam hits the foil. Here is how this looks:

Another reason to use flashlights for your photography is because of the patterns you can create with gels. Again, being an optically focused beam it will be fairly easy to create fine patterns because of the light that travels in one direction. Working with gels may seem complicated at first, but I can assure you that it is actually fairly intuitive in this application.

What I’m talking about is creating line patterns with gels, for example, like in the picture below: 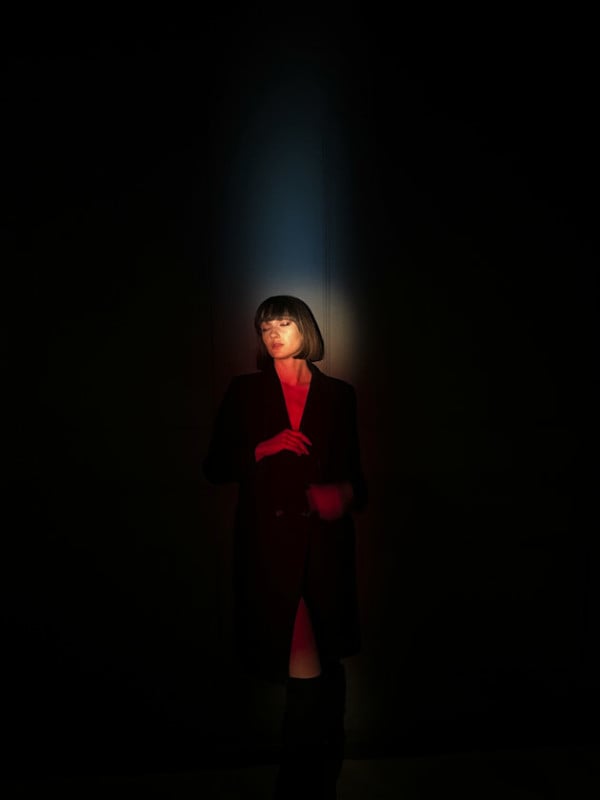 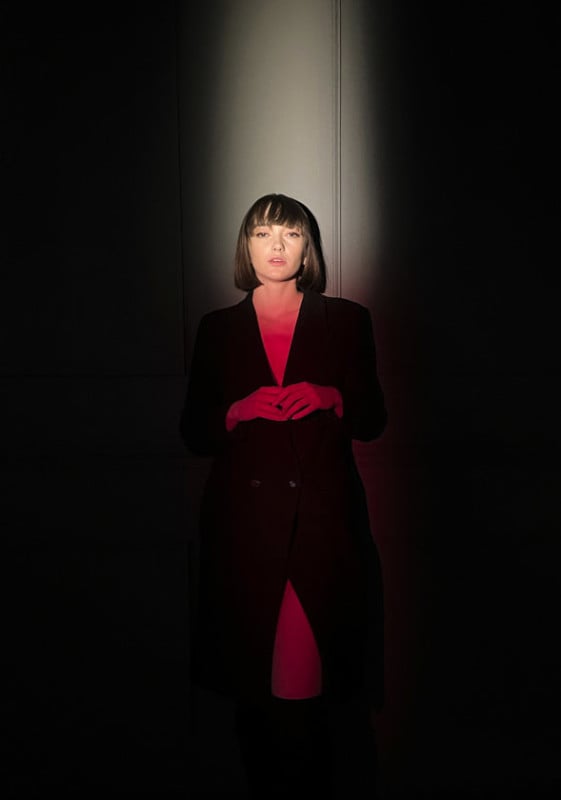 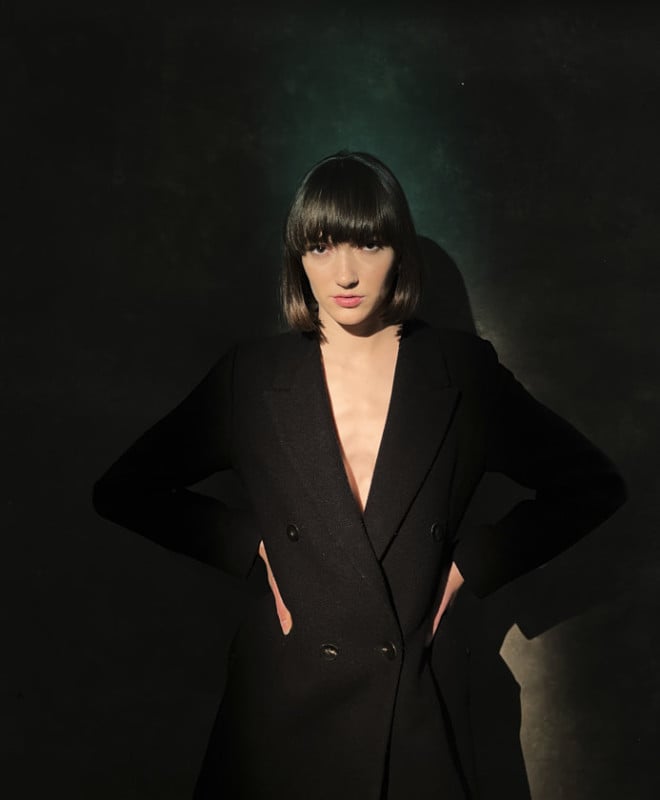 The way I created this image was by covering part of the light with a color gel and then I used barn doors to reduce the light spread and light the model with a small strip of light. You can use cinefoil or simple black paper to achieve the same effect.

Another idea would be to stack pieces of stained glass together and shine a beam through them. While I haven’t done this myself this time, I think this will work because stained glass interacts with light in a similar way to colored gels.

Focusing the Beam and Using Barndoors

Lastly, you can also use flashlights to focus beams and create interesting spots on your overall image. As you can see in the image below, I focused the beam around the model’s face which added an extra dimension to the image. 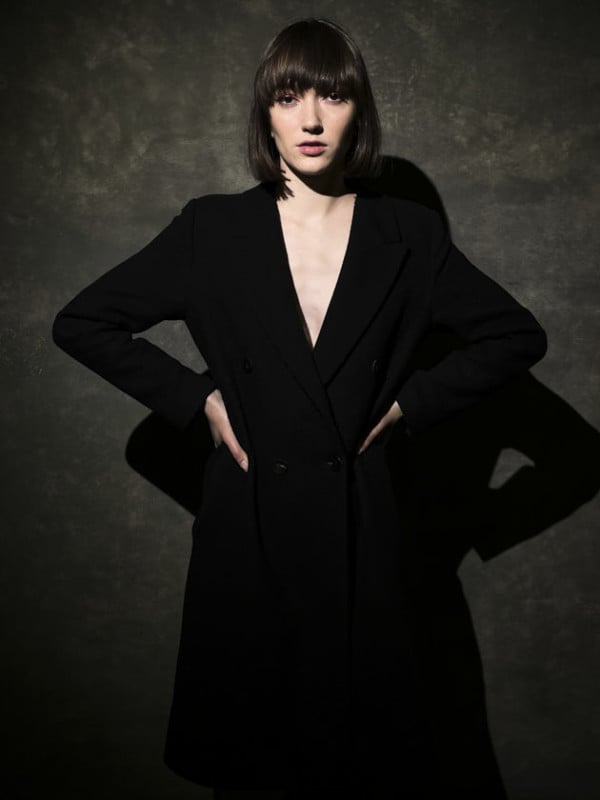 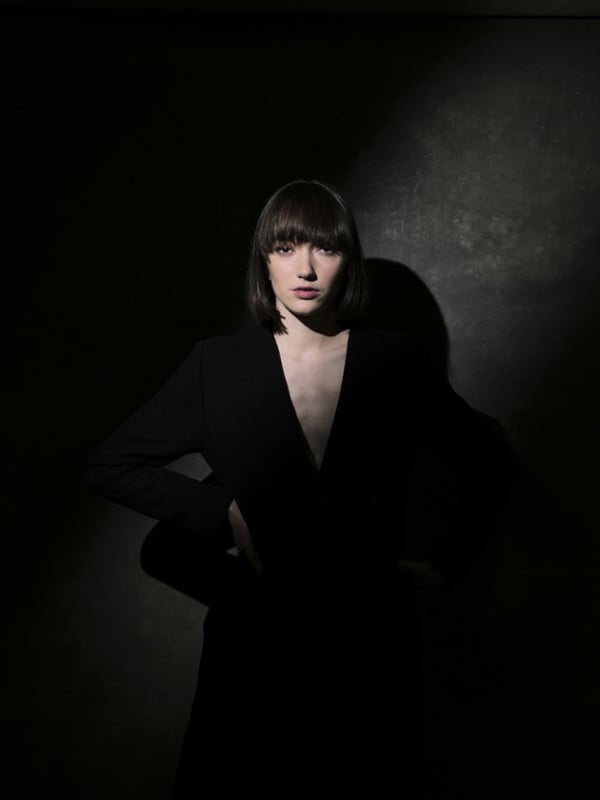 In a different image, I used the flood function to create a more even light spread on the model. Another use for the flood function is that it creates a sharp circle. Should you place barn doors or simply black paper in front of your flashlight, it will act as a gobo. In fact, you can even place an actual gobo mask.

A Word on Image-Capturing Devices and Phones

I did this photoshoot with the default camera app on my phone, almost on auto mode. The images have not been retouched, only color-adjusted to fit my liking. The point is anyone with a phone has a camera now, and for those looking to get a little more creative with them, it is important to understand that you can use any light source to shoot some creative images. Heck, you can even use your sunglasses! 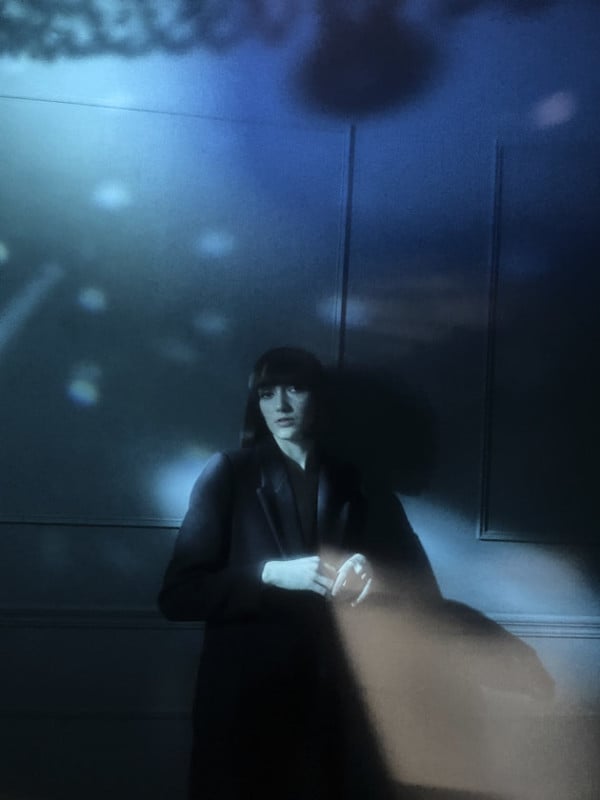 Naturally, there will be some limitations including the image quality, the default cropping, the file size, or the ability to bring back overexposed or underexposed images, but there is still an impressive amount of work that can be captured using nothing but a smartphone and some good light.