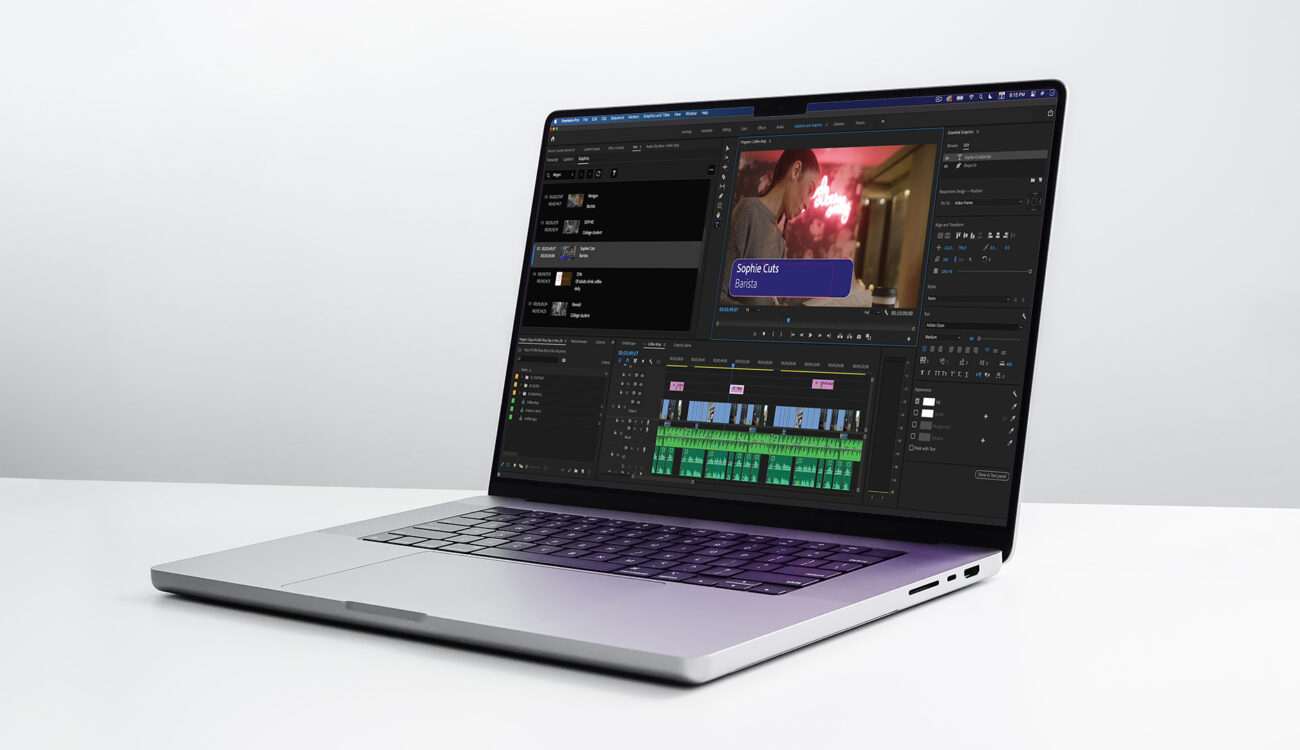 The December update of Adobe Premiere Pro (22.1.1) is here and it mostly centers around performance. In fact, it looks like Adobe is trying to leverage the most modern hardware to offer a faster and better editing experience on both Windows and Mac machines.

Moreover, the capabilities of the recently-introduced “Text” panel have been expanded. Graphics tend to have a more important role in today’s content creation. For this reason, it is critical for video editors to have a time-saving set of tools. Let’s take a quick look at these improvements.

With the recent release of Apple’s new MacBook Pros, Adobe is putting in work to provide users with state-of-the-art software capable of exploiting the processing power of these little beasts.

The latest version of Premiere Pro should also provide about 2x faster export speeds when dealing with high-resolution HEVC footage (compared to the 20.0.0 version).

Moreover, there’s good news for Windows users as well. In fact, playback performance improvements ranging from 5 to 40% are now possible on Windows systems with an integrated GPU.

A 30% increase in speed when performing a Color Match within the Lumetri Color panel represents an additional performance improvement. This should make color correction workflows faster and easier.

Imagine having to manually correct a typo in a video containing hundreds of graphics. Sounds like a nightmare, doesn’t it?

Luckily the latest update of Premiere Pro offers a couple of new tools that can come in handy when trying to have such a painful situation solved in a short amount of time.

In fact, a “Search and Replace” function has been added to the “Text” panel: users can now search for specific words and edit them at once. Along with a new “Spell Checking” tool, these two simple, but smart improvements can save you hours of work.

Furthermore, creators who work with right-to-left scripts on a daily basis (like in the case of contents created for the Middle Eastern and South Asian audiences) can now rely on a new text engine and dedicated tools within the Essential Graphics panel.

Last but not least, editors have now the ability to add polygons to their graphics with precise controls for rounded corners adjustments.

If you already have an active Premiere Pro subscription, you can now download the latest release of the software (version 22.1.1) from the Beta section within the Adobe Creative Cloud app. On the other hand, if you haven’t subscribed yet, you can purchase a 1-Year Subscription Plan from B&H.

Have you moved over to the new M1 Pro or M1 Max yet? Download the latest update today and let us know about your experience with these performance improvements in the comments below.