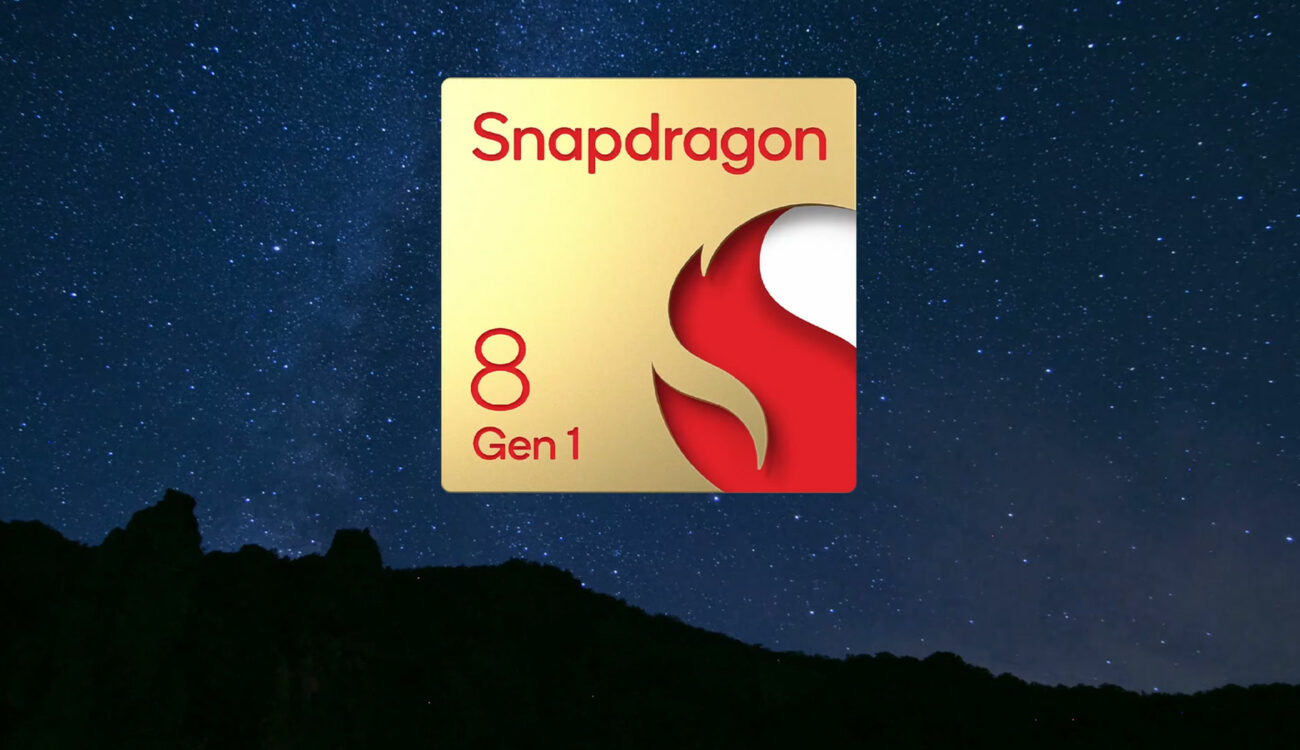 The newly announced Qualcomm Snapdragon 8 Gen 1 mobile platform brings fast 5G speeds, Wi-Fi 6 and 6E, new AI processing unit, and new camera features such as support for “Bokeh Engine” for video, up to 8K30 or 4K120fps, support for 10-bit HDR, and more. The first phones with the new Snapdragon are coming in early 2022 starting with Xiaomi 12, OnePlus 10, and others.

Over the past few years we have gotten used to mobile phones being so much more than phone-calls-devices – they became very powerful pocketable computers that can do so much. In fact, smartphones keep annihilating whole categories of other products by doing their job much better in a smaller package – R.I.P. small point-and-shoot cameras. At the forefront of this revolution are, among other things, powerful and energy-efficient mobile CPUs.

When it comes to mobile phone processors, the US company Qualcomm and especially its Snapdragon CPU line is one of the biggest players in the industry. Except for Apple, which designs its own smartphone chips, almost all other smartphone manufacturers build their products around Snapdragon CPUs. Recently, Qualcomm announced a new generation CPU – Snapdragon 8 Gen 1. The impressive list of its specs and features shows us what we can expect from the next generation of flagship smartphones and, oh boy, are we in for a treat. Let’s take a look, shall we?

With the new Snapdragon, Qualcomm seems to have changed the naming scheme for its most powerful 8-series chips (Snapdragon 865, 888, and now 8 Gen 1). The newly announced Snapdragon 8 Gen 1 mobile platform made with the 4nm process features the Snapdragon X65 5G Modem-RF system with speeds up to 10 Gbps while supporting all-day power. The chip also features Wi-Fi 6 & 6E with speeds up to 3.6 Gbps even with multiple devices on one network.

The Snapdragon 8 Gen 1 has a long list of new features, but at CineD we focus mostly on cameras, so I am naturally taking a closer look at the new camera features. As I mentioned above, the chip features the new Qualcomm Spectra image signal processor with triple 18-bit ISPs and a hardware accelerator for computer vision (CV-ISP). According to Qualcomm, the new 18-bit ISP can process 4,000x more camera data than the 14-bit predecessor. The following maximum resolutions will be available:

Apart from the MNFR, there will also be other features available such as AI-based face detection, auto-focus, and auto-exposure, locally motion-compensated temporal filtering, and low light photography architecture.

The Snapdragon 8 Gen 1 will support video recording in up to 4K 120fps or 8K 30fps. The “Bokeh Engine” for video will be able to digitally blur the background and emulate a large sensor look – a feature similar to the “Cinematic Mode” of the new iPhone 13. There is currently no info on the maximum resolution available for the Bokeh video – the iPhone 13 can only do this in Full HD.

In case 120fps is not enough, slow-motion video capture will be supported up to 960 fps in 720p. There is no info about the maximum framerate in FHD at the moment. Video capture formats are available in Dolby Vision, HDR10, HDR10+, and HLG. Additionally, H.264, H.265, VP8, and VP9 are supported for video playback. According to Qualcomm, the new Snapdragon will be able to capture up to 64MP photos while recording 8K HDR videos.

Implementation in phones and future

According to TechRadar, a handful of manufacturers already confirmed using the new Snapdragon 8 Gen 1 in their new flagship phones. The very first phone with the new CPU is supposed to be the Xiaomi 12, followed by OnePlus 10, Oppo Find X4, Realme GT2 Pro, and a new Motorola Edge device. The larger players such as Samsung are also expected to use the flagship Snapdragon, although the Korean company has been working hard on their own chips, so we will see what they announce.

Are the next year’s flagship smartphones going to replace our mirrorless cameras you ask? That is an interesting question. Although the image quality, resolutions, and framerates available with smartphones get better every year, in terms of ergonomics, there is still a lot to be desired. A smartphone cannot get too bulky after all. It can be rigged up to a certain extent, but then the portability is lost.

With Apple starting to include ProRes in the new iPhones, things are starting to look interesting. The implementation is not perfect yet, but it is a step in the right direction I think. Which feature would make you pick up your phone over a mirrorless camera – built-in NDs, easily removable media, longer battery life, better codecs?

To answer the question – there are already areas of our industry, such as newsgathering, that utilize phones more often than dedicated cameras thanks to their portability. Let me remind you of an interesting quote at the end – “The best camera is the one you can have with you all the time.” What is your take on this?

Do you record videos with your smartphone often? How do you think the future of smartphone cameras looks like? Let us know your thoughts in the comments section below.

Photographers, It’s OK to Not Own the Latest Camera Gear