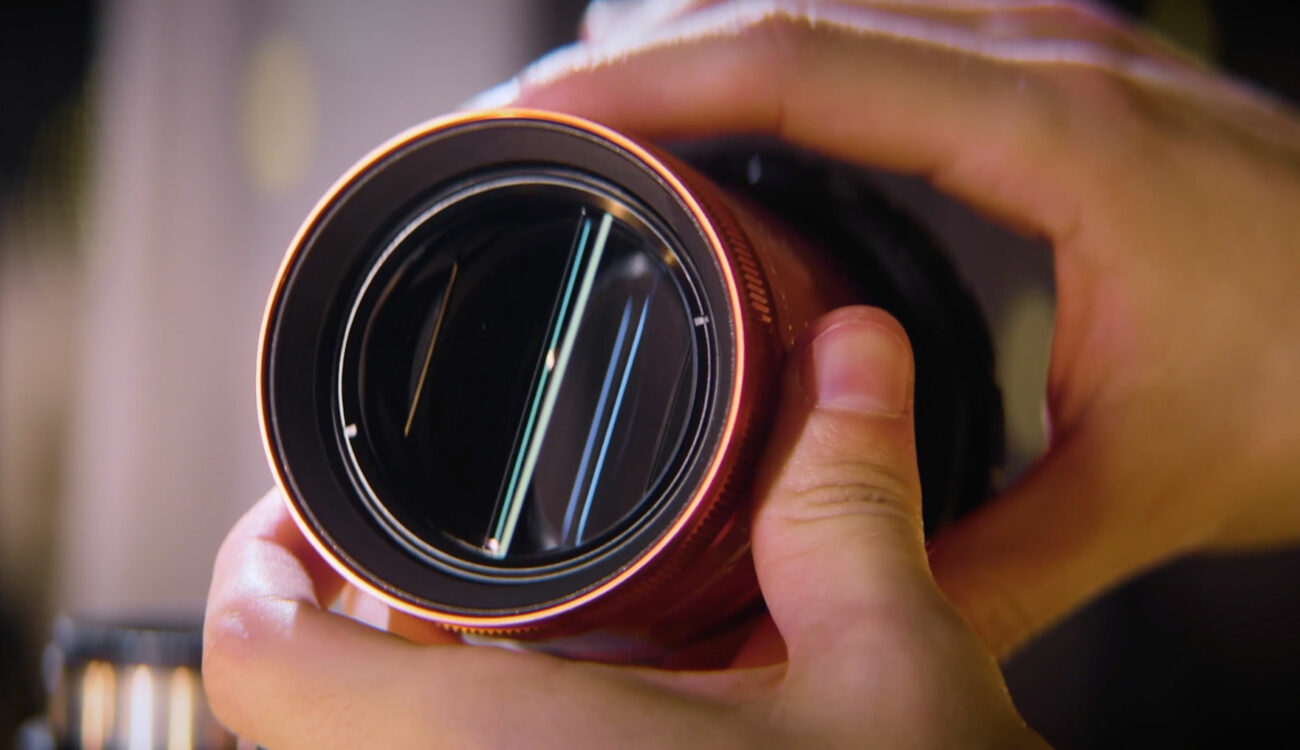 The question of renting vs owning gear is always a matter of personal preference, the type of work you do, and simple economics. But this consideration becomes especially relevant when you’re starting and getting into anamorphic shooting.

In the “Anamorphic Cookbook” course on MZed, Tito Ferradans makes the case for both renting or buying anamorphic lenses. Tito has guided many filmmakers on their path to choosing anamorphic lenses, adapters, DIY solutions as well as readymade options, so he has a good grasp on this conundrum.

For many DPs, renting lenses provides the most flexibility to choose gear that fit the project. It’s usually cheaper than owning a set of expensive lenses that only get used a handful of times per year. And as a bonus, rental houses will take care of lens servicing and maintenance.

But when it comes to small budget productions, sometimes having your own lenses gives you a leg up, not only in making you a more attractive hire but also in giving you the time and flexibility to use your own equipment when a schedule isn’t set in stone.

And as Tito has found out with his own work, there aren’t many owner-operators using anamorphics, so having your own anamorphic kit helps you stand out in the low or no-budget crowd.

Most importantly, anamorphic lenses can take a considerable amount of time to set up and rig, with a high learning curve, especially if you’re going with the DIY route. So being able to master your own anamorphic kit before you go out on a shoot is a big advantage over renting lenses and having to figure out how to use them with your camera and monitor on the fly.

Let’s dive deeper into the benefits of renting vs owning anamorphic lenses.

The case for owning anamorphic lenses

There are so many different paths to shooting anamorphic, and a lot of the fun comes with finding old lenses and adapters and rigging them to your camera. In the Anamorphic Cookbook course, Tito dives deep into the various ways you can end up with a squeezed image, and let me tell you, this is a lifelong passion with an almost unlimited amount of tinkering if that’s your jam.

So if you want to avoid the expense of readymade anamorphic cinema lenses, buying and tinkering with DIY methods is an affordable and fun way to become an owner-operator of your custom kit. And by the time you’re done tinkering, you should be plenty comfortable to take your gear on a variety of shoots, knowing full well what to expect ahead of time.

Another advantage to owning your own anamorphic gear is you can start to charge more for your day rate since you now have unique expertise in shooting anamorphic along with owning the gear. Depending on your area, that might give you a great boost when it comes to figuring out your shooting rate. Plus, you’ll be able to take on many small projects, quickly paying off your investment, rather than only focusing on the bigger budget gigs.

Tito mentions one more unique situation where owning your own anamorphic gear is preferable, which is when you live farther away from film hubs where rentals are common. He says, “This is a reality I dealt with when I got started with anamorphics and I lived in Brazil. It’s a thing for studios and shooters located in small towns and small countries. Sometimes there’s no possibility of renting. Not because you can’t afford it, but because there’s nothing to be rented. Then you’re only gonna see a scope if you own one. That will make you pretty special among the clients too.”

So even though buying your own anamorphic gear can be a bigger investment initially, you will be more capable and flexible with your shoots, you won’t have to waste time picking up and dropping off lenses, and you can even rent out your kit to other shooters in the area.

The Case for Renting Anamorphic Lenses

The reason for owning complicated anamorphic equipment, with all the tinkering and custom rigging, is also a great case for renting.

As Tito says, “I’d also rent if the project is a high-pressure shoot with a big budget and a very experienced team. Here, I’m making that call based on the remote possibility that something goes wrong, our egos start to flare up. If someone decides that your equipment is getting in the way of the shoot, that’s real bad, but no one is going to blame [a rented anamorphic lens] if it can’t do some impossibly wide shot. It is what it is, and sometimes you have to dodge the blame train.”

There are other advantages to renting anamorphic lenses, such as using lenses that require a certain look that your custom DIY rig isn’t really suited for. Plus, readymade cinema anamorphic lenses may require less prep time, they’ll work with different cameras, and in general, your experience will be smoother. Renting expensive anamorphic lenses also helps you try out different lenses and their different optical traits, which would be difficult to do if you were set on buying one set of lenses without testing out all the options first.

And of course, there’s the simple economics of renting. You only spend the money on renting when you have a paying gig, and you can determine how much you can spend based on the production budget. At the end of the shoot, you return the lenses to the rental house and you don’t have to deal with the maintenance, storage, or equipment insurance for owning those lenses.

So what’s better, renting vs buying anamorphic lenses? Of course, it all comes down to your personal situation, but if you have the choice, it does make sense to rent lenses first as you’re getting into anamorphic shooting. That way you can develop your own style and preference, try out different lenses, see what your clients prefer, and then decide if it makes sense for you to buy readymade lenses or go the DIY route.

If you have specific questions about anamorphic lenses, you can ask Tito directly.

If you’re interested in diving more into anamorphic shooting, you can watch the entire Anamorphic Cookbook course with an MZed Pro subscription. From the history of cinemascope to developing your own budget DIY anamorphic rig, to choosing the right readymade cinema anamorphic lenses, there’s so much information in this course that will help you avoid tons of wasted time and money trying to learn it all on your own.

As an MZed Pro member, you also get access to nearly 300 hours of filmmaking education, plus we’re constantly adding more courses.

What’s your experience with renting vs owning anamorphic lenses? Let us know in the comments below!