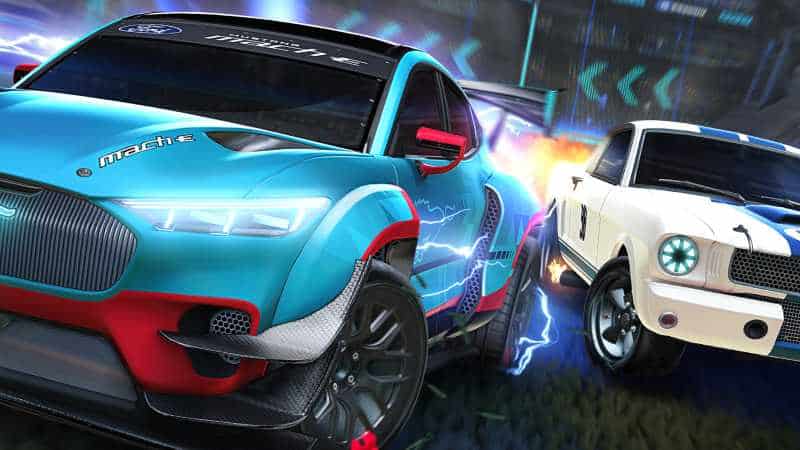 Psyonix and Ford are doing a collab, working together on some content for the popular car football video game Rocket League. The new collaboration will see the introduction of two cars, as well as some design decals, boost effects and wheels that you can equip to them. Each car includes a banner you can put beneath your username, too.

When are the Rocket League Ford collab items available?

The items will be available in the store between December 9, 2021 and December 22, 2021, so if you’re interested in them you’ll have to pick them up before Christmas time. If you want the cars and their associated items, you can purchase them individually for 1100 Credits each or together as a set for 2000 Credits

What’s new in the Rocket League and Ford Mustang collab?

You’ll find the items that have been added to Rocket League Item Shop as part of the collaboration between Psyonix and Ford below.

The Ford Mustang Mach-E RLE Car has an Octane Hitbox. You’ll also find these customization items included with your purchase:

The Ford Mustang Shelby GT350R RLE Car has the Dominus Hitbox. You’ll also get these customization items along with it:

What do you think of the new Rocket League Ford Mustang content drop happening this month? Are you excited to use either of these cars in matches going forward? Let us know in the comments section below.