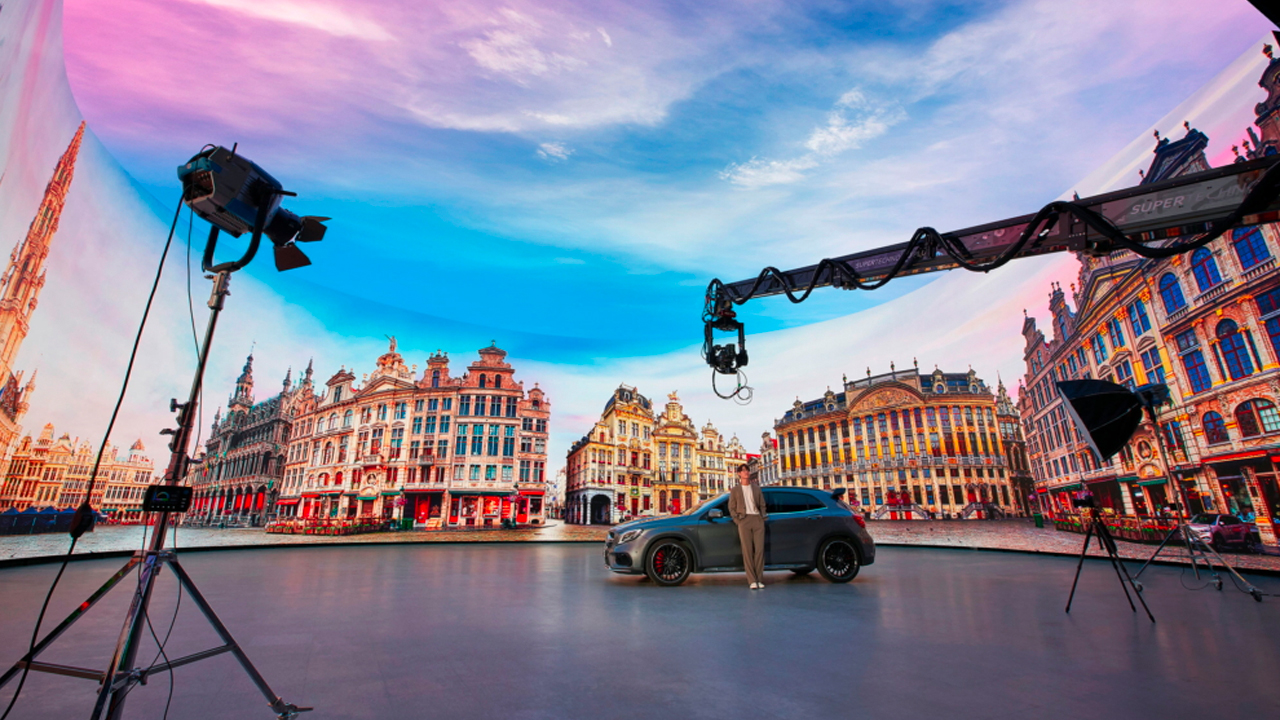 In partnership with CJ ENM, Samsung Electronics has recently celebrated the opening of a huge Virtual Production Stage in Korea. It employs the company’s Micro LED technology, called “The Wall”. The studio offers a real-time experience for faster production turnarounds and reduced compositing costs.

As the world of content production is constantly and rapidly evolving, virtual production stages are becoming increasingly popular. This technology may look crazy expensive at a first glance (and it definitely is for the average shooter!). However, its main goal is actually that of cutting post-production times and costs for high-end productions.

A few days ago, Samsung Electronics and Korean entertainment company CJ ENM (that produced and distributed Parasite) announced the opening of a new, gigantic Virtual Production Stage in the city of Paju, South Korea. So let’s take a tour of this futuristic space.

Although a few low-budget alternatives for virtual production are slowly starting to pop up, as demonstrated by Quasar Science at BSC Expo this year, the new Samsung and CJ ENM’s space is aimed at productions that are on a whole ‘nother level.

The new studio hosts a massive custom 1000+ inch oval display, which makes use of Samsung’s Micro LED technology called “The Wall”. According to the company, this is the world’s largest real-time virtual production stage in its class. And that’s not hard to believe, considering that the background screen is 20 meters wide and 7 meters tall!

The display offers a total resolution of 30,720×4,320 pixels as well as support for HDR10 and HDR10+ standards. The display and connected cameras work in synergy to offer a real-time experience. In order to keep it aseptically cleaned, the company equipped the display with dust and contamination-resistant protective layers.

But The Wall is not all. Indeed, an IFR2.5 ceiling display, that offers convex or concave configurations, complements the background wall. Moreover, a FR 2.5 Plug Wall stands in front of it, so that 360-degree shooting is also achievable. If you’d like to have a sense of how big this space is, you should take a look at the following VR video of the studio.

Here’s what Hyesung Ha, Executive Vice President of Virtual Display Business at Samsung Electronics, had to say about this new space:

“We are delighted to announce the opening of this virtual production stage in partnership with CJ ENM, a company at the forefront of media and entertainment. We are excited to see the innovation that this new space will produce, bringing the latest content to life like never seen before on our incredible display, The Wall.”

Have you ever shot on a virtual production stage? What do you think of this new way of producing content? Let us know your thoughts in the comment section below!