The saga with the Samsung Galaxy S21 FE arrival looks to be at its end. The Korean company has reuploaded the support pages for the phone with model number SM-G990 in at least two different markets, after taking them down earlier, which lead to speculations that the phone has been scrapped.

This action is pretty much confirming the January 11 launch, which in turn suggests the Galaxy S22 will not come until February. We also hope to see the Galaxy Tab S8 series, rumored to have vanilla and Ultra flavors at one of those events. 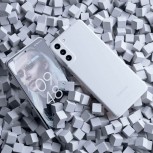 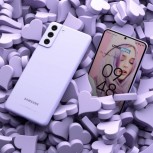 The G990E variant, appearing on Samsung Africa website and likely part of the global portfolio, has been spotted on Geekbench with Exynos 2100. We do expect the Snapdragon 888 chip to power the US and Chinese variants, but the situation has been so confusing, we now hesitate to believe anything related to the Galaxy S21 FE.

When the phone arrives, it should have three cameras in a similar design as the Galaxy S21, but with the camera island in the same color and material as the back panel. If we trust the leaks so far, the device should have a 6.4” AMOLED screen and a 4,500 mAh battery with 25W fast charging.