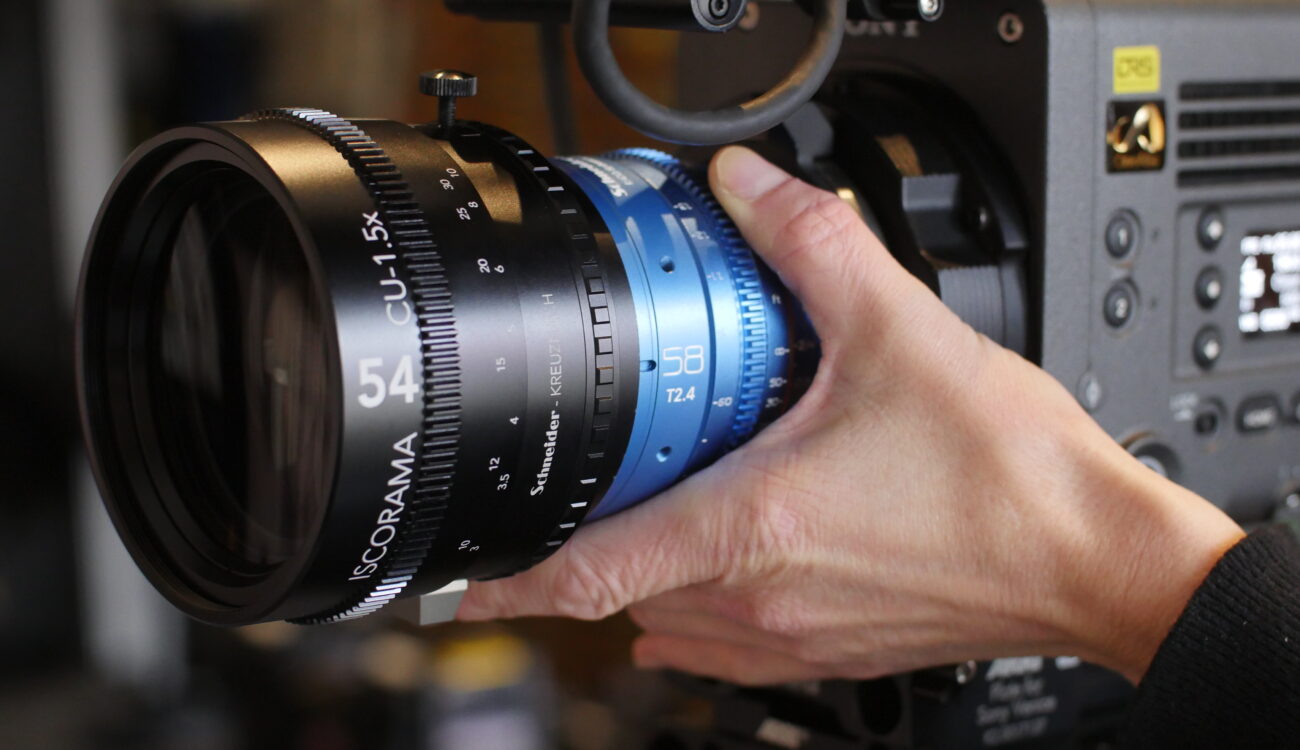 Schneider Kreuznach, the owner of the ISCO brand, presented a new ISCO4all set – three spherical lenses and an anamorphic adapter.

Isco lenses are quite popular among Anamorphic enthusiasts. Putting them in front of a spherical lens enables you to shoot anamorphic for a fraction of a normal anamorphic camera lens. These lenses had been manufactured by ISCO Optik in Göttingen since the 1950s and were discontinued in 2001 due to declining demand. In 2008, the brand became a wholly-owned subsidiary of Schneider-Kreuznach.

The ISCORAMA 54 CU adapter is an updated version of the ISCORAMA 54. It has a 1.5x squeeze factor, a minimum focusing distance of 1.4m, and embeds the patented ISCO single focus system.

We pick up the long tradition of its well-known ISCORAMA 54 anamorphic adapter and built it up in a new, modern way – Made in Germany. To complete the set “ISCO4all” we launched it with 3 ISCOspherical mini cine primes featured by DuLens.

These cine primes by DuLens seem to be very similar to the already available Dulens APO Mini Prime Lenses we wrote about this year. They have different colored housing and have a “V+” Coating, which may be different from the previously advertised “VC” one. The manufacturer writes that they’re “a variant of the mini prime lenses newly developed by DuLens”, but there’s no official information yet what the exact differences are.

These lenses are available in 43mm, 58mm, and 85mm. All feature an F2.4 aperture, full-frame coverage, and a PL mount.

The spherical lenses have a 72mm thread while the ISCORAMA 54 CU has a 77mm one, but an included adapter will make attaching lenses to each other possible.

Apparently, you won’t be able to buy this set directly. Instead, they will be featured in “special selected” rentals, beginning in January 2022.

Generally, there’s not a lot of information yet about the ISCO4all, but more will follow next year. You can find official information about this package on Schneider-Kreuznach‘s site.

What do you think about this set? Do you prefer sets like these over budget all-in-one anamorphic lenses? Let us know in the comments below.

Get a free game with Rockstar's holiday bonus offer

Photographers, It’s OK to Not Own the Latest Camera Gear