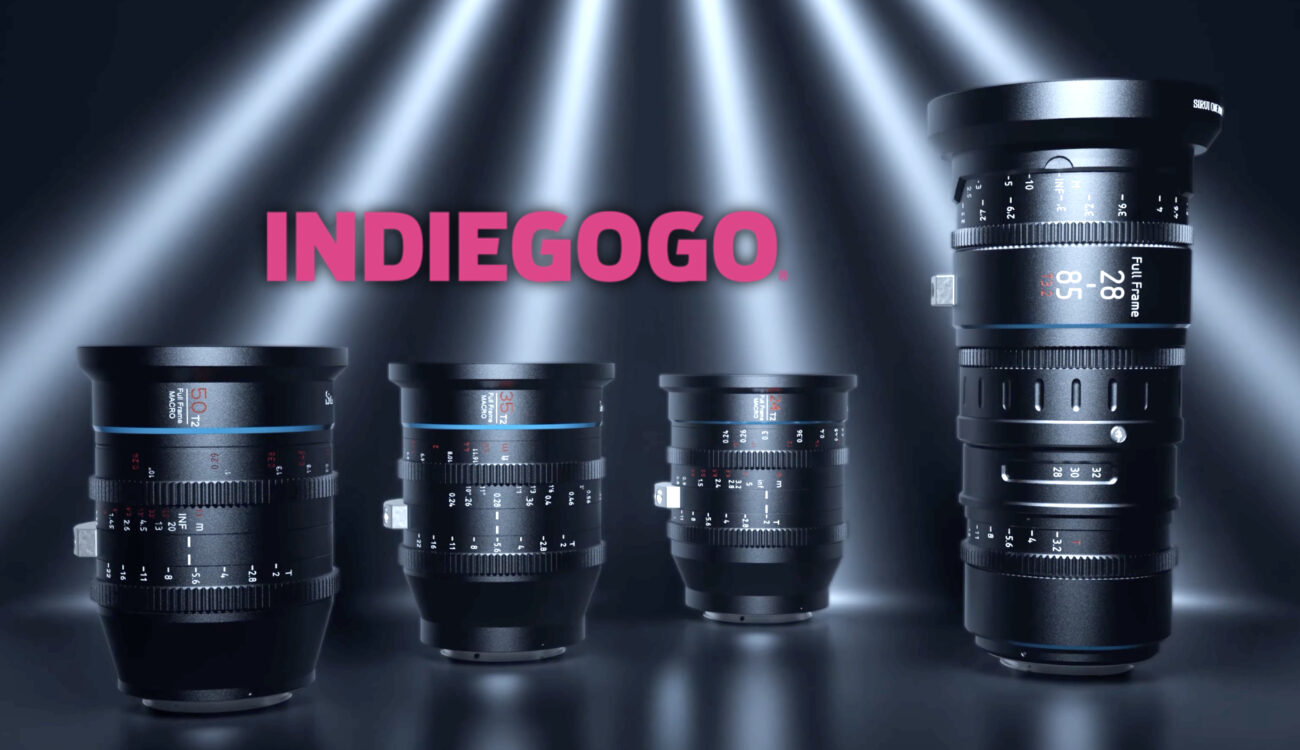 We’ve already reported on the upcoming SIRUI Jupiter full-frame cine lenses (three primes and one zoom), but now they’re here: the accompanying Indiegogo campaign has just launched, and you can now financially back their production by ‘pre-ordering’ these lenses.

SIRUI was originally a manufacturer of well-made yet affordable tripods and other camera support systems, but a few years back they ventured into new waters by adding cine lenses to their portfolio. Today, not only do spherical cine lenses bear the SIRUI logo but anamorphic lenses can also be found in stores.

All four lenses are available with either Canon EF or PL mounts and can be easily adapted to Sony E or Canon RF mounts.

Since we are talking about a series here, all three prime lenses share a number of features and characteristics in order to maintain consistency throughout: Similarly positioned (geared) focus and aperture rings, the same 92mm front filter thread (outer diameter: 95mm), and the same 1/4-20″ support thread.

All three lenses feature both metric and imperial focus scales, the same T2-22 aperture with 11 rounded blades, and a close focus distance of 0.24m across the entire lens lineup, allowing for very nice close-up and macro shots.

Also available is the Jupiter 28-85mm T3.2 zoom lens. According to SIRUI, this 3x zoom lens is parfocal and has minimal focus breathing. It is available with either PL or Canon EF lens mounts, and there will be various adapters for Sony E and Canon RF cameras.

The new SIRUI Jupiter Cine lenses will be available once the Indiegogo campaign concludes on June 9. As usual, the final price will be a bit higher, but if you want to support the production by pre-paying on Indiegogo, the prices are as follows:

We are saying this at the end of every crowdfunding-related article: Please be aware of the risks when backing a project on a crowdfunding platform. Please read the platform’s terms of use and keep in mind that there can be significant delays when delivering the product. Some projects even don’t get delivered at all.

What do you think? Would this new Jupiter line of cine lenses be something you’d like to see in your gear bag? Share your experiences in the comments below!

Crocodile Dad Gives Over 100 Babies a Ride on His Back