The 5 Stages of Film Production and the Cinematographer’s Role 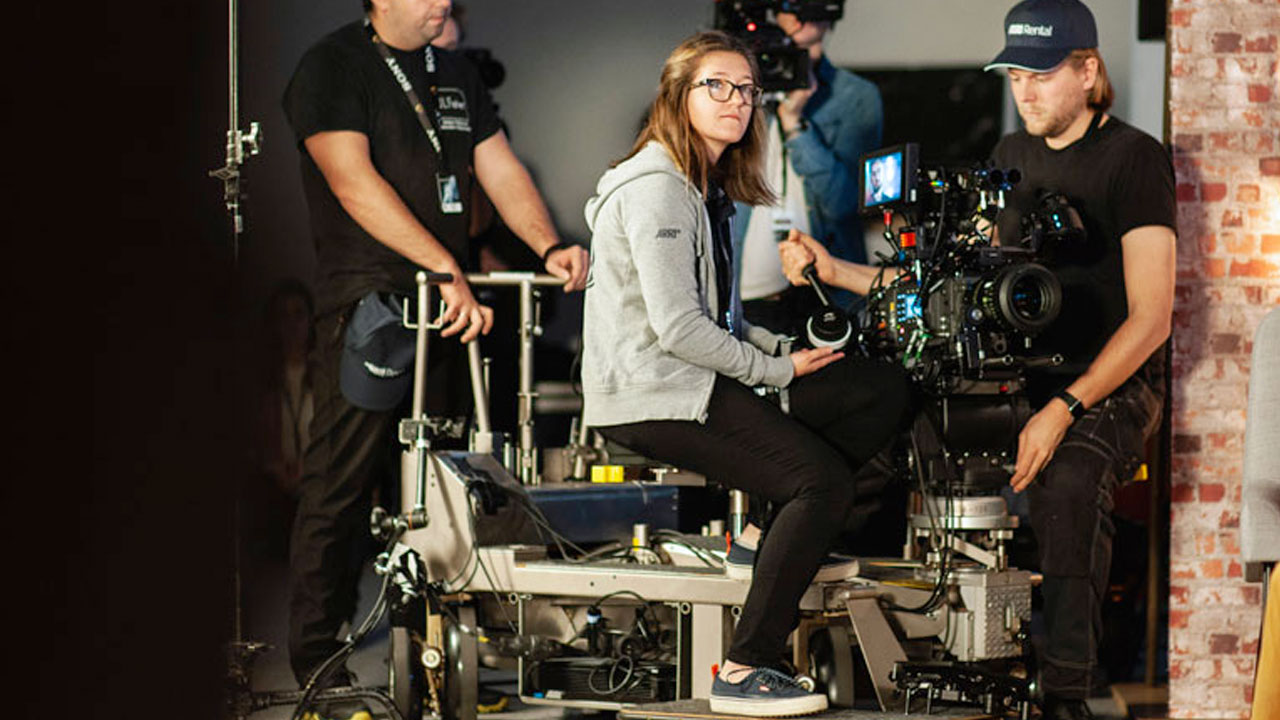 A film production consists of at least five major stages during its life cycle, from a brilliant idea to a completed film out in the world. Let’s take a look at all of the 5 stages of film production, as well as the role of a cinematographer.

Long before principal photography begins, there is screenwriting, development, financing, and pre-production. After production, there is the editing, marketing, and distribution stages.

Where does the Cinematographer fit into these stages? If you’re working towards a career in cinematography, how much of a film production will you actually be involved in? What about indie films or projects where you are wearing many hats?

First, let’s look at the steps it typically takes to create a film, from beginning to end. One thing to note: although most readers will see this as a summary of feature film production, in fact this guide can be used to describe a short film production, a web or TV series, and in some cases, a documentary.

The 5 Stages of Film Production

If you break down the making of a film into its most basic building blocks, there are five major stages to a typical film. Yes, you could ultimately break each major stage into unique sub-stages, but it helps to think about filmmaking from a top down approach.

The very first stage of a film starts with an idea that slowly begins to take shape into a legitimate project. Where does an idea come from and how does it take shape? That could be answered in an infinite number of ways.

Typically, a screenplay is fleshed out, while the film is being pitched to a variety of potential stakeholders. A film could begin in the hands of a writer, who then sells the idea to a financier or a producer, who then hires a director. Or a director could work alongside a screenwriter before pitching the project to a producer. Or a producer could line up the talent to help shape a synopsis into a final draft.

Throughout the development process, there are many paths that can propel the project forward. The concept, plot, and overall creative vision can change a thousand ways, but ultimately the most important piece to getting a film made is the financing. A producer needs to be able to line up investors to finance the film, or else it is unlikely the film will be made. There are always exceptions, especially with “guerilla” approaches to indie filmmaking such as borrowed equipment and unpaid cast and crew, but for the most part, financing is essential to a film development.

There are other pieces to the first stage of a film production, such as securing story rights, building storyboards to help sell the idea, and potentially even a miniature film production to show proof of concept. But at its core, the development stage depends on story building and financing to move a film project forward.

How long does this stage take? Well, a screenplay could take as little as a weekend or as long as a decade to fully develop, and a producer could network for years before an investor comes on board a project. That’s why it’s common for career filmmakers to be working on several projects at any given time, each at different stages of production.

Now that a film has financing – whether it’s fully “green lit” or only partially funded – the pre-production stage begins. Here, the producer and director start to expand the number of people who are involved in the film. A full crew could begin working concurrently on a number of tasks, including casting actors, scouting locations, creating a master production plan and schedule, defining budgets, and so on. The art department could also begin developing the look of the film, including building sets, creating a wardrobe, and acquiring props.

Here is also where a cinematographer could begin to flesh out the visual style of the film, including the choice of camera and lenses, lights, and the overall “look.” More importantly, hiring a crew, developing a shot list, and budgeting out the equipment will ensure that the film can move into the production stage with a real-world plan of action.

Finally, we come to when a cinematographer shines: the production stage of a film. During principal photography, the whole production crew, including grip, lighting, sound, camera, and art department, come together with actors, producers, script supervisors, the director and assistant director, and of course the cinematographer and his or her assistants, to shoot the film. Don’t forget the ultra-important craft services department that keeps everyone fed.

In addition to principal photography, the production phase of a film can also include other parts that keep a film moving along, such as the planning and scheduling team, who work before and during the actual shooting days to coordinate all the cast and crew. A film might also have a second unit, which requires an entirely separate crew that is handling photography at a different time and place.

There is also the important ending to the shooting phase of a film, which is called wrap. Here, the crew must still work to clear the sets, return all the props and supplies, and ensure careful record keeping so that the production budget can stay on track.

As the editor and his or her assistant editors are cutting the film, the sound design, music, and visual effects teams are busy at work on their parts of the reel. A dedicated colorist may be employed to guide the visual look during post production.

Once everyone is happy with the film’s final cut, including the director, editor, producer, and the studio or financiers, then the film is ready to go out into the world. Marketing a film can actually begin even before post-production is completed, as teasers are distributed to promote the film.

Distribution is the final delivery of the film to theaters and/or online platforms. Although there are still some technical challenges to a film distribution, for the most part this stage is all about promotion, networking, wheeling and dealing, creating buzz, and if everything goes to plan, making sales and turning a profit.

What role does a Cinematographer play in the 5 stages of film production?

On a typical feature film production, a cinematographer is usually brought in during pre-production, when the crew is assembled and the production planning begins. The cinematographer – or Director of Photography – will work with the director intimately to ensure that his or her vision is achieved from the get-go.

So from the beginning, a cinematographer will start to go through the script and plan the scenes step by step, including shot coverage, camera movement, actor blocking, and overall shot direction. A general vision will help guide decisions around camera packages, lensing, locations, and the lighting, all of which will form the visual style of the film.

Once production is underway, the cinematographer will be tasked with hiring the camera and lighting crew, renting all the equipment and ensuring everything is ready to go on planned shoot days, as well as making sure that grip and electric are able to properly lay down the foundation for a safe set.

Each and every shot will require a series of in-frame decisions, such as camera, lens, shot angle, and movement or technique. And each scene will require an array of lights, both indoor and outdoor setups, that will set the stage for the fictional world that the actors will live in. Maximizing the shoot location, the day’s schedule, the cast and crew, and any other available resource is integral for the cinematographer.

Of course there are director/cinematographer relationships that extend past the production phase of a film, so a cinematographer may be advising during the film’s assembly and edit, but that’s not the norm. Lately, however, there is a trend for cinematographers getting involved in the coloring of a film, to ensure the integrity of their – and the director’s – vision.

When a film begins to enter its marketing and distribution phase, members of the original crew and cast will often be part of the promotional tours and press events. So, a cinematographer may be asked to comment on the film’s production at a film festival or for a publication. A making-of featurette or a behind the scenes documentary may also be produced alongside the film, in which case the cinematographer could be asked to contribute interviews or more in-depth looks into his or her production methods.

Indie Films Break All the Rules

While you can expect the established roles and film etiquette to be similar from one film production to another, with small budget indie films the exception seems to be the rule. Anything goes when it comes to making a film against all odds, and that means that official roles can often get thrown out the window.

For example, an indie filmmaker might take on the development phase of a production completely solo, including writing the script, drumming up interest, and acquiring financing to make it happen. It’s not uncommon to see filmmakers take to crowd-funding platforms – as well as asking friends and family – to help fund their films.

Then, when pre-production and production begins, the indie film maker could very well take on the role of producer, actor, location scout, art director, script supervisor, and so on. On a small production, the cinematographer could also play the part of the director as well as the camera operator and DIT and grip and electrician and so on.

When you’re just starting out, it’s perfectly acceptable to wear many hats on a very small indie film production. That’s the fun of taking a wide variety of courses, from screenwriting to editing. And even as you decide on your particular skill or area of expertise, it’s not uncommon for filmmakers to take on different roles from project to project. That’s a great way to learn how best to work with everyone else on a film set.

Cinematography and the 5 Stages of Film Production

In conclusion, cinematography plays a significant role during a film production, but it’s not everything. There are many moving pieces to creating a film, whether it’s a narrative feature, short film, documentary, web or TV series, or even an animated film. Depending on the scope of a project, a cinematographer could be tapped to ensure a film is visually successful in many unique ways. Creativity, flexibility, and professionalism are the foundation to great cinematography on any film production.

I hope you enjoyed reading about the 5 stages of film production, and how a cinematographer works within those stages.

What stages of a film production do you work in most often? Let us know in the comments below!

Rocket League servers down – when will they be back? Game offline for many.

It Has Potential to Be Great! Vanguard Alta Fly 58T Review