Home » Gaming » There’s nothing appealing about the Metaverse
Gaming

There’s nothing appealing about the Metaverse


The Metaverse is everywhere these days—and nowhere. It’s bouncing around investors’ minds, it’s in Tim Sweeney’s tweets, and to tech billionaires like Mark Zuckerberg, it’s the dream worth selling to ABC News.

It’s also a heady illusion—one difficult to describe, impossible to execute on, and frankly it feels like a word meant to help some companies make it to the next quarter. Maybe we can save ourselves a few years of hype and speculation if we start admitting that?

If you’re new to the Metaverse party, let’s get you caught up. The Metaverse is the dream of a fully connected, realized digital world. The word was popularized by Neil Stephenson’s 1991 book Snow Crash, but also iterated on in Ernest Cline’s 2011 book Ready Player One.

In both books, it’s a virtual universe where players can interact via fully inhabited avatars, living impossible lives that can’t be fulfilled in the real world.

Something clicked in the popular consciousness with Stephen Spielberg’s 2018 film adaptation of Ready Player One, and now the phrase is ubiquitous. Fortnite is the Metaverse. Facebook’s VR projects are the Metaverse. Blockchain can enable the Metaverse.

Sometimes the Metaverse refers to game spaces where characters from different fictional worlds can overlap. Sometimes it’s about making it possible to exclusively own digital property.

It’s a moving target of a definition—which isn’t a bad thing, but let’s take a moment and share a vision of what might come to pass if tech and game companies make the Metaverse come to life.

After you wake up and brew some coffee, you strap on a VR or AR headset to get started for the day. Maybe a new trailer for a Superman film dropped, and Warner Bros. is selling you a Superman Metaverse bundle you can buy after watching the trailer.

That bundle includes a character model you can use in Fortnite and Roblox, access to a virtual VIP lounge for Superman fans curated by WB, and a skin for your AR-enabled sneakers that can be seen by other headset users. Maybe that sneaker skin is unique and tied to a non-fungible crypto token.

You take the train downtown for some real-world shopping. Your headset lets you pop in and out of the shared digital universe overlapping the real one. One user has claimed ownership over the specific train car you’re in, so it’s their custom art plastered all over the virtual walls. Your favorite lunch spot takes payment in currency you grinded while playing Final Fantasy XIV.

Punching into work means grabbing a company-provided headset that lets you access propriety virtual tools to make content for some other end of the Metaverse. Maybe you worked on those Superman skins, maybe you’re making tools for construction projects to build dense housing needed for a world adapting to climate change.

In the most utopian endgame here, it’s this blending of digital and real experiences achieved in a way that’s accessible for everyone. And it somehow pulls that off while pulling in billions of dollars for investors.

No virtual world is worth losing our real one

I’ll admit writing that day in the Metaverse felt hypnotizing. But the Metaverse was first imagined as a dystopia. Both Snow Crash and Ready Player One’s virtual worlds exist on top of noxious, depleted versions of America ravaged by corporate exploitation and a changing climate.

Remember that subway car we mentioned as claimed by a virtual user? What moderators must work 12 hours a day making sure they aren’t tagged with graphic imagery?

Those NFT Superman sneaker skins—WB assures you every purchase includes investment in a carbon offset that compensates for the CO2 emissions powered by the GPUs calculating the value of your token. Except then the trees planted as part of that offset burn down in a massive wildfire.

And in a world where Epic Games and Apple are in a legal fight that keeps Fortnite off the App Store, when can we expect that corporate will construct crossover deals that allow assets to persist everywhere and anywhere in all virtual environments? What happens if two billionaires have a spat at some private event, and suddenly you can’t access half your purchases.

The Metaverse we are probably stuck with

Garish though it can be sometimes, there is something working for some of these “Metaverse” games. It’s a much better solution for Warner Bros. to have Superman be purchasable in Fortnite than to sink money into a game tied to Zack Snyder’s Justice League. Players are responding well to the notion of fashion brands creating skins for games like League of Legends or Apex Legends.

But even when it’s working well, the Metaverse still feels like it’s about ownership. About false scarcity. About claiming personality in spaces with so many broad possibilities you need to narrow them to feel like they have worth. Or worse, you need to burn more CO2 than is emitted by a small nation to create a rare object. 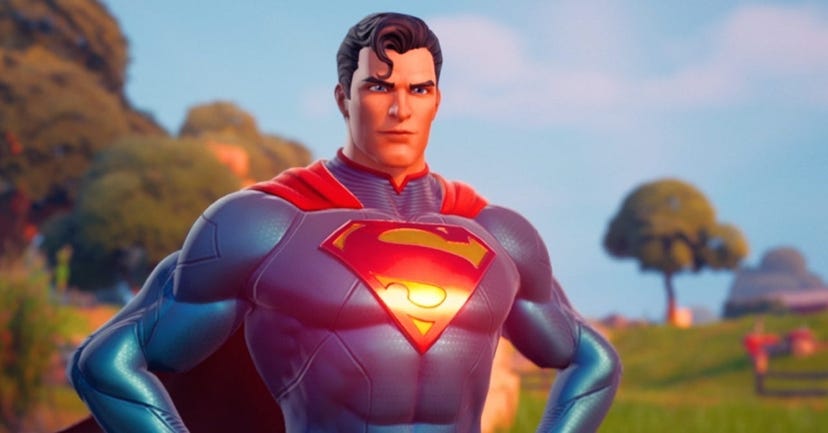 The hook of the Metaverse is the growing recognition that games are where people—especially young people—are spending their time. You can’t sell things to them at retail if they’re hanging out with friends in Fortnite. You lose control over workers when they have spaces to just exist outside of the grind to make more profit.

It’s inevitable that some Metaverse projects will turn out halfway-interesting results. But the final vision is a buzzword that sells the fantasy of buying more stuff.

I don’t go to virtual worlds to buy stuff, I go there to do the impossible. To peek into artist’s minds play, or to play with notions of identity and moral choice.

If I can do that right now, what the heck do I need a Metaverse for?

Celebrating the First 25 Years of The Camera Store

The 40 best free Android games for your phone or tablet