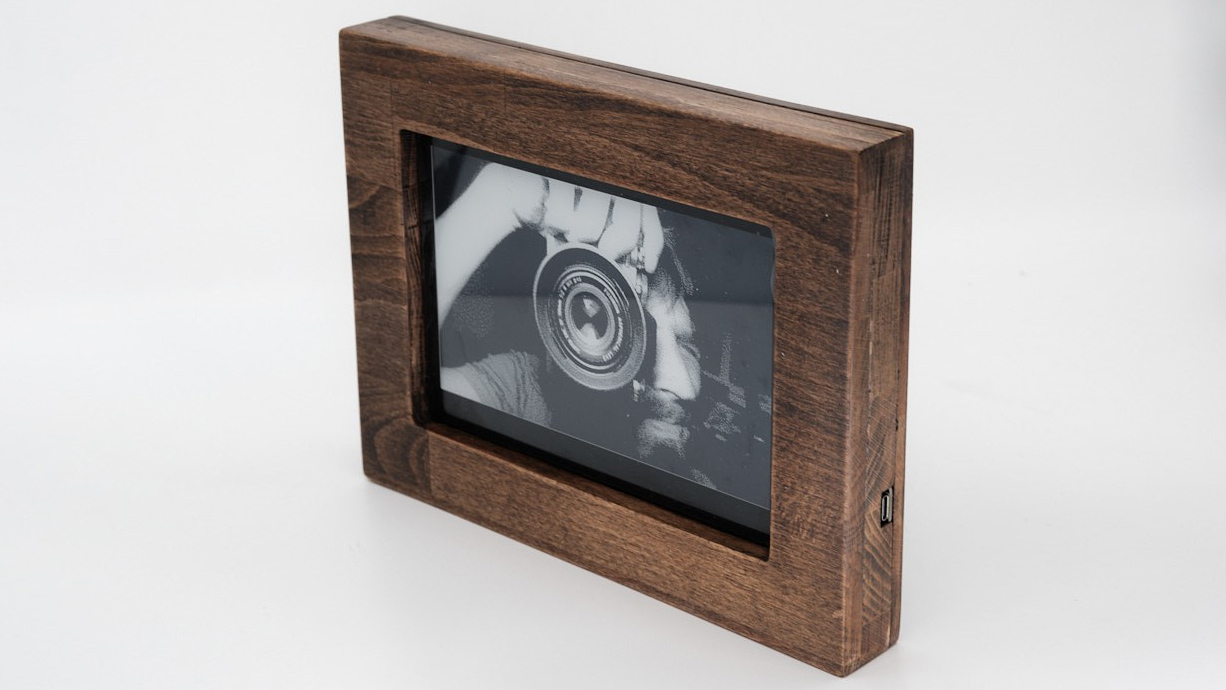 Digital picture frames aren’t exactly new technology. Put a bunch of images on an SD card, slot it in and they just cycle through them all to give you a constantly changing display. They’ve been around for years and there are millions of them out there. But this one, created by Cameron on Hackaday is pretty cool. It lets friends send him images across the Internet and it automatically updates with the images that have been sent.

Cameron’s picture frame isn’t colour. Instead, it uses a mono e-ink display. These are great because they retain the image even when no power is being applied to them, which means when they’re not actively changing the picture, they use no energy at all. The brain powering it is an ESP32, which is battery powered and Cameron says it should give several hundred updates on a single charge.

Cameron’s been through a couple of iterations of his device, starting off with just a regular picture frame and an ESP32 development board to figure out the code and general process and finally shifting over to a custom PCB with a milled frame in order to get things looking and working exactly the way he wanted. The basic component list is pretty simple.

That’s pretty much it. A few wires and a little time coding and you’re good to go. The first version of the display used a Raspberry Pi Zero, but determined the Pi was overkill for this kind of a project. He then developed his code on an off-the-shelf ESP32 dev board before switching to a custom PCB. Cameron has released both the board schematic and the KiCAD files if you want to get your own made.

He hasn’t released the code for the board, as it’s tied into his own web server. He says he’s not confident enough in his website’s security to make it all public for everybody to use, but there are plenty of tutorials out there on YouTube for things like grabbing files from the web or writing images to an e-ink display with the ESP32, so it shouldn’t be that difficult to figure out if you’re so inclined.

You can find out more about Cameron’s Postcard Frame project and download the schematic and PCB files on Hackaday.

Final Week for 30% off Magnetic Filters on Kickstarter