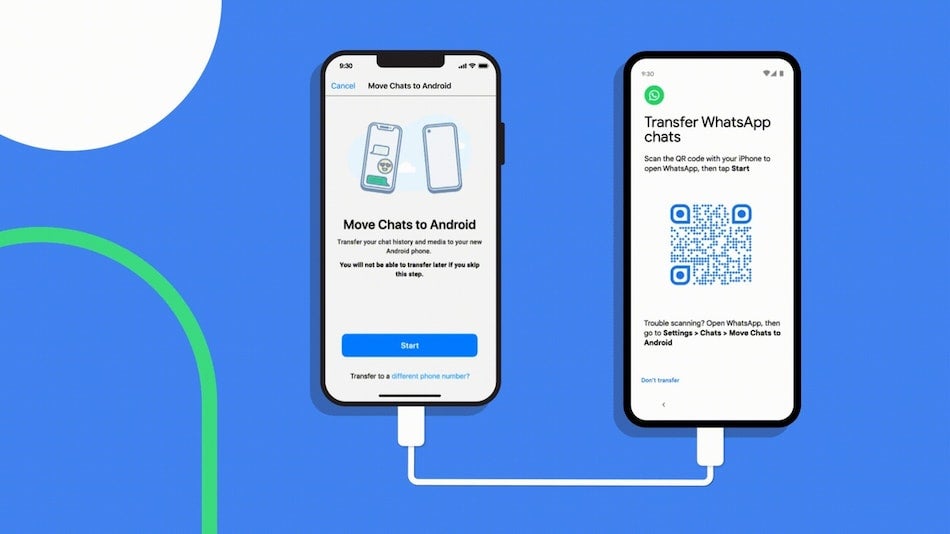 The long sought-after ability to transfer your WhatsApp chat archive between iOS and Android is fast becoming a reality, with Pixel and new Android phones joining the fray.

Making the switch from iOS to Android (and vice versa) is generally a much smoother experience than it used to be. But one make area of friction is WhatsApp, with archived chats from one not able to be transferred to the other.

Now that WhatsApp chat transfer feature has begun rolling out to new Android phones in general, starting with all of Google’s Pixel phones allowing you to migrate your messages from iOS.

In a recent blog post, Google outlined this handy new ability. You’ll need to have Android 12 installed as standard to perform the transfer (hence Pixel phones and new phones being first), as well as a USB-C to Lightning cable.

Hook up the phones with this cable, and when prompted during the new Android device set-up process, “scan a QR code on your iPhone to launch WhatsApp and move all your conversations, media and more over to your new device”.

Google and WhatsApp have ensured that you won’t receive any new messages on your outgoing iPhone while the transfer is taking place.

Of course, most Android users don’t have Android 12 yet, and manufacturers will have to activate the feature whenever they initiate their Android 12 updates.

There’s also no word from Apple on when (or if) the process will be able to operate in the opposite direction any time soon. But it’s a welcome start, and an incentive for curious iOS users to branch out and try something new.

A Quiet Place Video Game in Development, Releasing in 2022