Wise announced the world’s first V90 Class 512GB card and you can preorder these cards at BHphoto (Click here).

Taipei, Taiwan – March 22, 2022 – Wise Advanced introduced a new series of V90 standard SDXC UHS-II memory media in 128GB, 256GB and the world’s first 512GB.
By taking advantage of newer chips, software and 3D NAND flash memory, the maximum capacity is increased to 4 times larger than the original model while simultaneously being able to support minimum sustained writes of 90 MB/s.
Rather than spending the majority of the company’s energy and resources on developing the latest form factor – the SD Express – it chose to focus on current demands.
“The SD Express could be a rising star in the future when more cameras apply this technology. But in the current landscape, we believe the current SD card format will continue to dominate the market, especially since Apple has put back the built-in SD UHS-II slot in the latest MacBook Pro,” said Frank Wang, product manager of Wise Advanced.
The Wise SD-N series memory media is expected to be available in mid-April 2022. 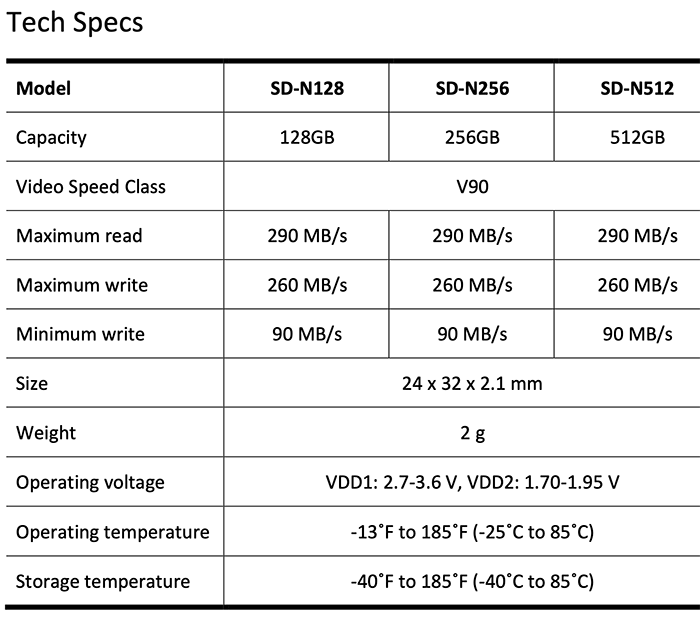 Apple has reportedly cut production of the new iPhone SE

Wannabe a rock star photographer? Here's how the pros do it